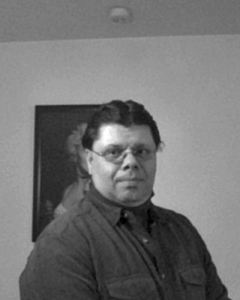 About Edward V’Kanty:
Edward V’Kanty is from western New York, where he graduated from Jamestown Community College with an A.A. and Hilbert College with a B.S. He is also a member of The Association of Independent Authors (AiA). His first book, Whispers From Hell, introduced readers to his unique writing styles and his interest in the horror and supernatural genres, through a collection of short stories that have been described by readers as “Creepy, thrilling, and incredibly entertaining” and “…reminiscent of Edgar Allan Poe.”
Since the release of Whispers From Hell: An Anthology of Horror & the Supernatural, , Edward has also expanded into online journalism and is currently an Inquisitr staff writer. He also works in a freelance capacity with several other journals.
Following the release of Whispers From Hell: An Anthology of Horror & the Supernatural , Edward V’Kanty’s first full-length novel arrives in three parts: Testament: The Trial, Testament: Verdict Guilty, and Testament: Verdict Not Guilty. Edward’s published works are available through Ethereal Visions Press on Amazon, Barnes & Noble, and Google Play.
Edward V’Kanty has spent time in Spartanburg, South Carolina and New Orleans, Louisiana. Currently, Edward lives in Henderson, Nevada and is available for conventions, workshops, and interviews.

What inspires you to write?
I’ve been writing since I was a teenager. It has always felt more like a calling than a hobby or even a career. It’s just always been a part of who I am.

Tell us about your writing process.
It varies, depending on the project. With my most recent book, “Testament,” I had a vague idea of what story I wanted to tell and just went with it. Normally, I prefer to work out an outline first. I often consider a detailed outline to be a first draft.

For Fiction Writers: Do you listen (or talk to) to your characters?
Aloud? Not so much. But they are always a part of me.

What advice would you give other writers?
Take the opinions of others with a grain of salt. No one is 100% right about anything. Put more faith in your own past experiences and the lessons learned.

How did you decide how to publish your books?
I’ve always preferred to do things on my own and publishing seemed no different to me. I like the control it gives me over every aspect of creating my books.

What do you think about the future of book publishing?
I think it’s definitely changing. We’re going to see more big name authors choosing the self-publishing route, as they come to realize the benefits and ease of it.

What genres do you write?: Horror, science fiction, fantasy, historical