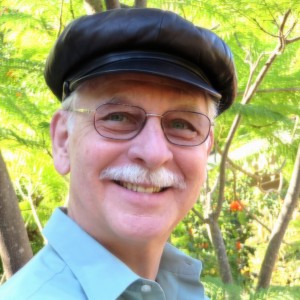 About Edward D. Webster:
Edward D. Webster has had an eclectic mixture of careers, ranging from teaching Navajo students to helping create a crisis center for abused children. He’s also the author of a diverse collection of books and a number of articles appearing in such diverse publications as the Boston Globe and Your Cat Magazine. Ed admits to a fascination with unique, quirky and bizarre human behavior, and he doesn’t exempt himself from the mix. His acclaimed memoir, A Year of Sundays (Taking the Plunge and our Cat to Explore Europe) shares the eccentric tale of his yearlong adventure in Europe with his spirited blind wife and headstrong, deaf sixteen-year-old cat.

In his historical novel, Soul of Toledo (released in January 2016), about Spain in the 1440s, the diabolical nature of mankind stands out as madmen take over the City of Toledo and torture suspected Jews 30 years before the Spanish Inquisition. The book is historically truthful, following the events detailed in B. Netanyahu’s book, The Origins of the Inquisition in Fifteenth Century Spain.

Webster also likes to tinker with fictional characters, putting strange people together to see what they’ll do with/to each other. In his 2014 novel, The Gentle Bomber’s Melody, a nutty woman, bearing a stolen baby, lands on the doorstep of a fugitive bomber hiding from the FBI. The result: irresistible insanity.

From the happily unusual of A Year of Sundays to the cruelly perverse in Soul of Toledo, Edward D. Webster shines a light on offbeat aspects of human nature. Webster lives in Southern California with his divine wife and two amazing cats.

What inspires you to write?
When I visited Toledo (with my wife and cat), I learned of the marvelous synergy at one time between Christians, Muslims and Jews. But I also knew of the later Spanish Inquisition and the expulsion from Spain of Muslims and Jews. I became curious, and then I stumbled upon Netanyahu’s book, which told the detailed story of the events leading up to the Inquisition. Thirty years before the Inquisition, madmen were given control of Toledo and tortured converts to force confessions of blasphemy. The character of Viçente, the Christian son of Jews (fictional) demanded to enter my story, and then it began. His enemies were obvious–the men who inflicted the rogue inquisition before the Inquisition. Viçente needed a woman to love, and Francesca was born.

Tell us about your writing process.
I begin with a general story, for Soul of Toledo, history dictated much of it. I create a rough outline.

As I write, I’m assailed by questions. So more research is needed–rereading parts of my (1400 page) core history, acquiring more books.

My outline changes as I learn more. The story marinates in my mind, and new ideas arrive that demand to be written. For Soul of Toledo, another trip to Spain was needed (a pleasurable requirement). I contacted a travel-study program and signed up two of their professors to provide individual lessons. And then I could see the countryside, learn about the fifteenth century economy and politics, the battles, see some of the actual castles and palaces where my characters met and argued or brooded or made love.

For Fiction Writers: Do you listen (or talk to) to your characters?
Often I wake up in the night and imagine what one is saying to another. Especially the lovers; they demand to get on with the relationship.

What advice would you give other writers?
The writing is demanding. It keeps you up at night. The hardest scenes are usually the most rewarding in the end.

And then there’s the marketing, which in our Internet world can be mind-boggling.

How did you decide how to publish your books?
I have been able to place one book with a traditional publisher (my non-fiction). The benefits included the fact that they took on the task of securing publicity, which included a few radio interviews and small newspaper reviews.

For my two novels, I have not been able to secure an agent. (I had one for Soul of Toledo, but he decided to leave the business.) When frustration builds too high and deep, it’s time to self-publish.

When the book is in your hands, and a reader tells you how much they love it, it’s all good.

What do you think about the future of book publishing?
Fewer and bigger publishers (if it’s even possible for them to combine any more). More self-publishing. More publicity by blogs and self promotion.

What formats are your books in?: Print, Both eBook and Print