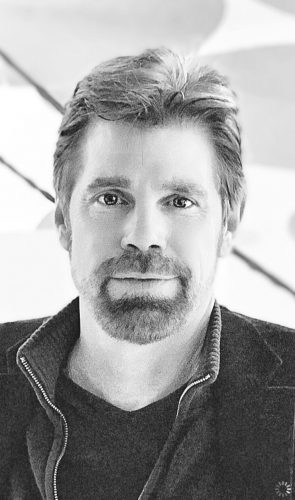 About douglas cole:
Douglas Cole has published six collections of poetry, a novella called Ghost, and the highly praised, well-reviewed novel The White Field. His work has appeared in several anthologies as well as journals such as The Chicago Quarterly Review, Poetry International, The Galway Review, Bitter Oleander, Chiron, Louisiana Literature, Slipstream, as well Spanish translations of work (translated by Maria Del Castillo Sucerquia) in La Cabra Montes. He is a regular contributor to Mythaixs, an online journal, where in addition to his fiction and essays, his interviews with notable writers, artists and musicians such as Daniel Wallace (Big Fish), Darcy Steinke (Suicide Blond, Flash Count Diary) and Tim Reynolds (T3 and The Dave Matthews Band) have been popular contributions https://mythaxis.com/?s=douglas+Cole. He has been nominated twice for a Pushcart and Best of the Net and received the Leslie Hunt Memorial Prize in Poetry. He lives and teaches in Seattle, Washington. His website is https://douglastcole.com/.

What inspires you to write?
Often, reading other writers. But also, dreaming, coffee, films, music…

Tell us about your writing process.
A pad of paper and a pen…

For Fiction Writers: Do you listen (or talk to) to your characters?
I love the sound of dialogue and often start there…that's the voice of the characters out loud…their internal needs might come more quietly.

What advice would you give other writers?
Study other writers, write without editing yourself too soon, find the joy of your voice and expression but keep your crap detector on.

How did you decide how to publish your books?
I actually did not choose to publish for a long time. I enjoyed writing, but I was not really interested in publishing. But when I applied to graduate programs, I figured a few publications might help. Then when I started teaching, I was able to receive pay step increases for publishing. So, obviously, I just did it for the money…

What do you think about the future of book publishing?
It's both going to implode from the competition of other art mediums like streaming, audiobooks, kindle books, meaning it won't go away but will probably appear in more digital forms. The giant book publishers will probably shrink. But the growing independent book publishers are going to explode with on-demand printing of books, which is probably much more efficient and cost-effective. The physical book, whether made of paper or some other material, will probably become more of an artistic artifact. People will still buy them, but fewer of them, and just their favorites. Personally, I still love the look of a book-lined room, but I think that's more a thing of the past. People will want their books like their movies and music: inside their phones.