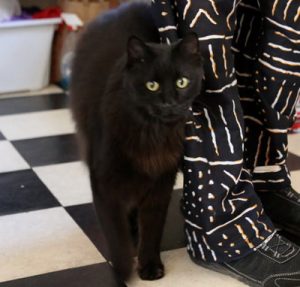 About Diane Lefer:
Many years ago, I dropped out of college and ran away to Oaxaca, Mexico where I met some of the most extraordinary people it’s been my good fortune to know. And also wrote a dreadful and rightfully unpublished first novel. It was great to get that first attempt out of the way.

Though I never returned to formal education as a student, I somehow ended up teaching for 23 years in the MFA in Writing Program at Vermont College of Fine Arts where, again, I had extraordinary good fortune, meeting so many talented and goodhearted writers both as students and as faculty colleagues. But I’ve done my happiest teaching (though I don’t even like to call it that) not with graduate students but leading arts workshops with psychologically troubled kids in foster care, young people caught up in the juvenile in/justice system, lifers on parole, children living in conflict zones and, most recently, with torture survivors from around the world as they rebuild their lives in Los Angeles.

My life in Mexico inspired many of the stories in my first published collection, The Circles I Move In, while love and respect for my adopted family in Oaxaca led to my continuing connection to people throughout Latin America. I knew so many rural teachers who sacrificed so much to bring education to their villages, so of course I joined the vigil in June 2016 in front of the Mexican Consulate after the killings of teachers in Nochixtlán and continued repression. For years I’ve collaborated with Colombian exile and torture survivor Hector Aristizábal. Nightwind, the play we created about his life, has been performed in more than 30 countries and around the US and our co-authored nonfiction book, The Blessing Next to the Wound: A story of art, activism and transformation, was recommended by Amnesty International. In Los Angeles, we’ve created bilingual theater with community members and have taken theater and arts-based social justice projects to Colombia, Northern Ireland, and Senegal.

And of course I keep writing fiction here in Los Angeles, the city I relocated to 20 years ago, leaving my native New York. I know we New Yorkers are supposed to look down on LA. I chose it first because I thought it was the only place in the USA where coming from NYC carried no stigma. But it turns out to be an exciting place to live. If you’re not trying to break into TV, film, or music (and I’m not), all the doors open. Scientists invite you to visit their labs. The zoo let me play out my Jane Goodall fantasies by volunteering on a captive breeding program for endangered primates. (Unfortunately, the male baboon we were counting on showed more sexual interest in me than in the females we wanted him to mate–an unrequited love that ended up inspiring part of my novel, Confessions of a Carnivore, set largely at the LA Zoo.)

In spite of three short story collections and four novels in print, staying afloat financially is a challenge, but so what? What I like best about my life is I am never bored.

What inspires you to write?
I would like to give a very virtuous and uplifting answer, but the truth is, I write because when I don’t I feel psychically constipated.

Tell us about your writing process.
I hate outlines because I lose interest in writing if I know too much about where I’m going. But it’s true I used to write in a much more linear way. Even though I didn’t have an outline, I went forward. Of course, lots of revision afterwards. But several years ago I lost my eyesight for 8 months due to staring at the computer screen for 12 hours or more a day. The focusing muscles in my eyes just went slack and quit. Now that I have to limit my screen time, I tend to write in fragments that have to be pieced together. This method began as necessity, but I’ve grown to enjoy it.

I don’t write character sketches, but once a character exists, new details keep coming to mind over the days, weeks, months, or years. I’m constantly going back and adding.

Music is part of the process but I can’t explain how. Years ago one of my students asked for help in making her fiction “work like jazz”. I recommended reading Albert Murray and Ishmael Reed. No, she said, I mean like your stories. Wow. I’ll accept the compliment, but if listening to jazz has influenced how I structure work, it’s all subconscious. I am conscious of getting help from classical music though again I don’t know how the structure of, say, a sonata, acts on my brain, I do know that when I sit in the audience at the free Sunday evening classical concerts at LACMA (the LA County Museum of Art), as I listen to the music, sections of whatever I’ve been writing come barreling into my mind and start shifting places.

For Fiction Writers: Do you listen (or talk to) to your characters?
I go for long walks and my characters walk with me. It’s not that I hear them speaking, but I feel their presence and notice their quirks. They communicate. Sometimes I ask them questions and eventually an answer appears.

What advice would you give other writers?
Never give up! The Fiery Alphabet, which was published on September 5, 2013, started making the rounds of publishers in 1986.

How did you decide how to publish your books?
When I started writing, traditional publishing was really the only game in town. I have to say I got disillusioned. My first book came out with a highly regarded press, Zoland Books, however, on my pub date, the publisher fired everyone, turned on the answering machine, and walked out the door.

In 2001, I decided to self-publish my novel, Radiant Hunger, about the aftermath of an apocalyptic cult. It’s maybe my favorite of the books I’ve written. It took 6 years to write and they were rough years as the novel is very dark. (Hey, I know. Some people actually live through horrific events. I was just writing about them.) I tried for 7 years to find a publisher and finally realized I had to just publish the damn thing in order to move on to something else. I very much liked having control over the content and cover. I also used my own b&w photographs. But this was before social media (or at least before I was aware of social media and blogs) and so marketing was extremely difficult. Even these days, I suspect it’s harder to promote a novel (other than genre) than nonfiction which often has an identifiable audience.

I doubt I’d consider self-publishing again. Yes, I’m typing this on the screen, but the amount of screen time you need to commit to self-publishing and marketing is daunting to me as I still have problems with my eyesight.

I enter competitions but only pay submission fees if the prize looks of real value. My collection, California Transit (stories and novellas), was chosen by Carole Maso for the Mary McCarthy Prize and that’s how it got published by Sarabande Books.

I’ve continued to publish with small independent presses. POD has brought the cost of publishing way down so there are many new presses and I’ve certainly taken advantage of all the submission opportunities. It’s great to have a publisher say Yes, but you really need to think about your own needs and hopes and whether a new, untested publisher will make you happy in the long run. I haven’t always done as much research as I should have.

Yes, I would love to sign someday with a more established house that has more access to reviews and distribution, but I’ll keep going regardless.

What do you think about the future of book publishing?
Books – pages inside covers – will continue in spite of technological advances. But at the moment there’s no viable economic model for publishing. Maybe publishers will start to see there’s no way they can extract the kind of profits most corporate entities demand and will have to go back to the old system of modest returns when publishing was seen almost as a public service. Wouldn’t that be nice?

What do you use?: Co-writer

What genres do you write?: Mostly literary fiction, but I’ve also written a historical novel, a crime novel, and sociopolitical nonfiction including chapters in academic books