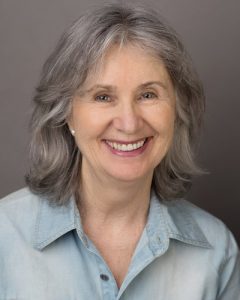 About Diana Stevan:
Diana Stevan is the author of the well-received debut novel, A Cry From The Deep, and the novelette, The Blue Nightgown.Her varied background includes work as a clinical social worker, teacher, professional actor, and freelance writer-broadcaster for Sports Journal, CBC Television. She’s had poetry published in DreamCatcher, a United Kingdom publication, a short story in the anthology, Escape, as well as articles for newspapers and an online magazine. Diana lives with her husband, Robert, on Vancouver Island in beautiful British Columbia.

What inspires you to write?
Life inspires me to write. I have an insatiable curiosity about every aspect of life. Other authors also inspire me. I read every genre and enjoy both fiction and non-fiction. I’m fortunate that I’ve had many different careers. I present myself on Twitter as a Jill of all trades, so I’m lucky I have much to draw on for my writing.

Tell us about your writing process.
My writing is kind of scattered like myself. I write whenever and wherever I am. I’m never without my laptop it seems. I start first thing in the morning. Usually, checking email and social media and then I get at whatever is most pressing, whether it’s revising, researching or writing something original.

As for how I write, I’m both an outliner and a seat of the pants writer. My debut novel, A CRY FROM THE DEEP, a romantic mystery, was seat of the pants. I knew where I wanted to start and somewhat where I wanted to end, and then I just took off and let the characters take me. Of course, I wove in what I know and where I’ve travelled, so for that story, I placed my protagonist in Provence, Manhattan and Ireland.

As for THE RUBBER FENCE, that one was inspired by my work on a psychiatric ward. So, I had sort of an outline, because it was first written as a screenplay, for which I had an agent. It got some Hollywood attention, and then I re-wrote it as a novel.

I use some character sketches, just so I can keep track of colour of eyes, hair, and mannerisms. Also, it helps me see them more clearly. I’ve done some painting so the visual is critical to my writing.

For Fiction Writers: Do you listen (or talk to) to your characters?
What I love about writing is the interaction with my characters that surprises me while I’m writing their story. So, yes, sometimes a character will say things that I hadn’t planned. It comes through in the dialogue, or I’ll end up following them to some location, without prior planning. It’s that organic spark that excites me and keeps me enthralled with what I’m putting on the page.

What advice would you give other writers?
The advice I’d give other writers is to not give up, but don’t expect to support yourself, not in this climate. It could happen but if it doesn’t, enjoy the art of writing itself. Keep at it, try not to censor yourself as you go, because you can always go back and edit. And also, read, read, read. There is nothing like learning from others. There are so many wonderful books out there to explore.

How did you decide how to publish your books?
I resisted for the longest time to self-publish. I’ve been a member of two different writing critique groups for decades. One’s a screenwriters group; the other has a number of traditionally published writers.

I’ve seen how long it takes to get an agent and then get published. And today, you are expected to market the book largely yourself. There are no guarantees of success just because you have an agent. I had one for my screenplays both in Toronto and Vancouver and not much came of it. I’ve heard similar feedback from other writers who’ve become disenchanted with the whole traditional process.

So, when I discovered that indie books were gaining in favour and that there were all kinds of professionals to help- like editors, formatters, book cover designers–I plunged in. It took a long time. Each of my books was on my computer for at least a decade before it went out in the world.

What do you think about the future of book publishing?
I’m an optimist by nature. I think the future is much like it is today, a combination of self-published, traditionally published and hybrid authors. Books aren’t going anywhere. With the populations increasing and becoming better educated, book publishing will continue to flourish.