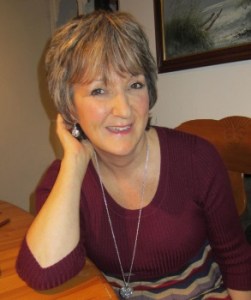 About Debrah Martin:
Debrah Martin writes under three different pen names and in three very different genres. She plots fast-paced and compelling thrillers as D.B. Martin, with the first in the Patchwork trilogy, Patchwork Man, having been recently awarded a coveted B.R.A.G. Medallion. The explosive conclusion to the series, Patchwork Pieces, is to be released on 13th April 2015. As Debrah Martin she writes literary fiction, where often the truth IS stranger than fiction, and two new titles are due to be released in 2015/16. And not to be overlooked is her YA teen detective series, penned as Lily Stuart – THE teen detective. Irreverent, blunt, funny and vulnerable. Webs is the first in the series and Magpies will follow in 2015.

So why not stick to just one name and one genre?

‘Variety is the spice of life,’ she says. ‘And I continually have all these new ideas – they have to come out somehow!’

Debrah’s past careers have spanned two businesses, teaching, running business networking for the University of Winchester (UK) and social event management. She chaired the Wantage (not just Betjeman) Literary Festival in 2014 and also mentors new writers.

What inspires you to write?
My head seems to be perpetually full of ideas – and the stories they weave themselves into. I suppose it stems from a lifetime of reading and a fascination with how life turns on a dime.

Tell us about your writing process.
I’m both an outliner and a seat of the pants writer. I start with good intentions, carefully plotting the story arc, the character development – even in which chapter particular events will unfold. Then all of a sudden the characters take over – as if they’ve always secretly been plotting rebellion and merely waiting for me to pop out for another coffee and perhaps a chocolate biscuit or two…
I suppose it’s not surprising, because isn’t that what happens in life? The best laid plans, and all that. People never do quite what we expect them to, no matter how well we know them, and its that which creates the real interest. After all spontaneity is the spice of life.
I do try to track where my hijacked book is going though. I have a wall littered with post-it notes reminding me of odd facts, items I know I MUST include and things which might trip me up if I’m not careful. I re-read what I wrote the day before as a preliminary to picking up pace again, sometimes even several chapters, and I update my detailed notes as I change things.

For Fiction Writers: Do you listen (or talk to) to your characters?
I talk to my characters – in fact as I’m writing dialogue, I actually say it aloud at times – good job I write alone in my study! They’re people – my people in my world, albeit fictional. Why wouldn’t I? And if I’m getting it right, they talk back and I virtually become them.

What advice would you give other writers?
Writing is a solitary occupation, and one that takes years to get into. Feedback and support are essential and so are fresh ideas and fresh viewpoints. My advice to any new writer – and indeed to the ones that come along to the writers’ group I run – is to:
– Join a writers group – indulge yourself with the company of like-minded companions, people who will critique for you and suggest new ways of going forward. This is absolutely essential, as far as I’m concerned. Would you eat every meal on your own? Or have a party of one?
– Read a lot. Great writers teach great writing. Conversely, bad writing shows you what not to do!
-Persevere – nothing, including writing a book happens overnight.
-Research your topic well – to be authentic, credible and interesting, you have to know what you’re talking about and really understand how your characters would react to what happens to them.
– Take part in a writing course or two. We all continue to learn, every day of our lives …
– Don’t be rigid about what you write, accept criticism gladly – it allows you to improve, and even if it comes from someone who doesn’t ‘get’ what you’re writing, why is that? What have you now explained or shown well enough to them for them to understand …
– Write a little every day, and every day write a little more.
– Make time to write even when you’re busy. The best and most lovely comment I’ve heard recently (from a film so see if you can spot which) “there’s no present like the time …”

How did you decide how to publish your books?
I’m published both traditionally and as an indie. To my great delight I’ve even just won an award as an indie writer: an Indie B.R.A.G. Medallion for the first book in a thriller trilogy – Patchwork Man. Recently I’ve chosen to publish some of my books independently as I was frustrated with the traditional system and also a little disillusioned. Control and recompense via traditional publishing are little – and you hand over all your rights. As an indie, you remain autonomous throughout – and I am a bit of an independence freak! That said I have a literary agent and currently manuscripts with traditional publishers for consideration, which may well pop up in a eighteen months or so’s time traditionally published. I would suggest going with the flow is a good strategy in these changing times.

What do you think about the future of book publishing?
The future of book publishing is a question on everyone’s lips. There will always be the traditional strongholds and I believe that’s important in establishing quality and values. In the same way, I still much prefer to read a print book to a digital copy, yet digital publishing is undoubtedly a major part of the way forward. I hope there will be more control over quality in the future – less of the thrown together books that internet marketeers are continually trying to sell packages for – and more of the thoughtful and though-provoking literature that I grew up with and which convinced me that being a writer and a storyteller was an amazing, inspiring and important thing to be.

What genres do you write?: Adult thrillers and mystery, YA fiction, Literary fiction