You are here: Home / Interviews With Authors / Interview with Author – Deborah Blake Dempsey 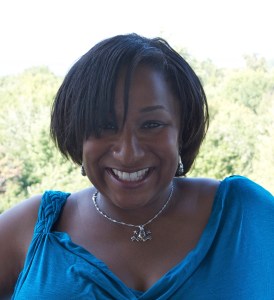 About Deborah Blake Dempsey:
Deborah Blake Dempsey is a New Yorker by birth, a Floridian by the number of years raised there, and a New Englander by choice. She loves good books, belly laughs, fabulous shoes, and travel. She has a twisted sense of humor and truly believes laughter is the elixir of life. Deborah currently lives in New Hampshire with her husband Joe. The Hoppernots is her debut novel.

What inspires you to write?
I am inspired by possibility. Writing allows you to delve into the deepest parts of your mind and calls your curiosity forward to play and, hopefully, to capture the scene, characters, sounds, and smells of whatever appears in your mind. Writing is the way to not only discover yourself, but also discover and maybe even create the world.

Tell us about your writing process.
I am a Pantser, which means I do not plot out the story before I begin to write. I “see” scenes and “hear” sentences, which I jot down, but I don’t really know what’s going to happen until the next word shows up on the screen. I’ve tried being a Plotter, but I became overwhelmed with all the planning and jotting, cutting and pasting, etc. I wasn’t even in the writing part of the book yet and I hated it. However, the best writing process I can think of is the one that works best for you.

For Fiction Writers: Do you listen (or talk to) to your characters?
Of course I listen and talk to my characters! That’s the best part of creating story. I let go of the “me” in the writing process and I let the characters come and show me their world. For me, it’s the best way to get to know my characters and see the setting. I suspend my own ideas of what a table or door should look like and let them show me how life goes on for them. I’m on the journey just as much as the reader is when they have the completed novel in their hands.

What advice would you give other writers?
Give yourself time to be alone and dream. Always have a small notebook nearby to capture your ideas. No one else can write like you. Don’t give up on your desire to be a writer…even if you just write for yourself. Your first draft will probably suck. Your second draft will probably suck, but less. Your third draft will… you get the idea, so be gentle with yourself during the entire process.

How did you decide how to publish your books?
For a long time now, I have been contemplating where I fit in the publishing world. For years and years, I have done my due diligence: I have written, edited, re-edited a million times, been critiqued by my writing group, by agents and by editors at major houses and smaller presses. I’ve gone to conferences and networked, meeting some really amazing and artistic people. But in the last couple of years I’ve realized that my story and, indeed some of the things I want to accomplish as a writer, may not happen or not happen in the way I wish it to. So a few months ago, I made the bold announcement on social media that I am going Indie. It was a decision not made lightly.
Traditional publishing is awesome, if you can get them to see you, read you, like what you’ve written, and support where you want to go with your journey. The truth about the traditional publishing route, is that for all the thousands upon thousands of writers – published and not published – there are only so many slots publishing houses fill each year, which means that the majority of writers will never see their books placed with a major publisher’s house. That’s the truth. A hard truth, but it is the reality for writers.
After much thought, I created my own publishing company called Pug Paw Press. Pug Paw Press is for my own work and will allow me to follow my writerly instincts. It is my platform to become the type of writer – Children’s Books and Adult Suspense/Romance Novels – I wish to be. I even named my website “Storyteller ~ of Tales & Tails” as my ode to the genres I love. Tales (adult) and Tails (children) are me to a tee. Walking the lines of both worlds with a shimmy and a shake.
Going Indie is not for the faint of heart, but I have felt immense satisfaction in taking the reigns and driving toward my own heart’s desire of being a published author.

What do you think about the future of book publishing?
The publishing world is in a huge transition right now. Traditional publishers are trying to still be the primary gatekeepers of books, while keeping quality high, and profits up (mostly on their side, but I do understand the expense of bookmaking and operating margins), while satisfying the reading public, and trying to acquire more books. But writers are frustrated and some are extremely angry. Writers are the low man on the pole when it comes to the revenues received from books sold in whatever platform it’s sold in (unless you’re an uber-star like Nora Roberts or Stephen King, whom I do not begrudge because they work darn hard and have made a name for themselves through their talent) yet it is the writer who has created the avenue for publishers, editors, agents, and bookstores. Writers want more control over their brand, royalties, and types of stories they can write, so Indie/Self publishing looks like a great avenue to achieve their goals, but just like in traditional publishing, going indie is a lot of hard work where attention to details, excellent editing, gorgeous book covers/illustrations, and on point marketing plans are extremely important to be successful. Going indie should not be jumped into lightly or as something easy, but at another avenue of managing her destiny as a writer in the most professional of ways. I think the publishing possibilities are endless, but there will be plenty of bumps in the pavement as both publishing tracts figure they way though it all.

What genres do you write?: Middle Grade, Young Adult, MG, YA