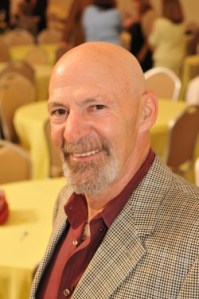 About David Wind:
When my first novel was published in 1981, I had no idea where I was headed. Since then, I’ve published thirty-six novels, thirty-three of them with traditional publishers, but in 2007, I decided I wanted more freedom than the traditional publishers would allow and began a new phase in my life as an Independent Author.

I live and write in a small village about thirty miles upstate of NYC, and share my house with my wife, Bonnie and our dog Alfie, an apricot poodle. Our three children have ventured out into the world on their own (or so they think). Our son Zach works on the CBS show 48 Hours. Our daughter Devon, her husband Russell and my grandson Sawyer live in New Jersey where Devon teaches Special Education. Alana, our youngest daughter, is a Pastry Chef in San Francisco.

In 2008, I published Angels In Mourning, my ‘homage’ to the old time private detective books of the 50’s and the 60’s. I used to love to sneak them from my parents’ night-tables and read them as a young boy. Angels, is a modern day take on the old style hard-boiled detective. In April of that year, Angels In Mourning won the Amazon.com Book of the Month Reader’s Choice Award.

My Medieval Fantasy, Queen Of Knights, reached #2 on the amazon.com bestseller lists for historical fantasy and medieval fantasy, and my sci-fi of parallel worlds, The Others, received wide acclaim.
I am currently working on the third volume of the Tales of Nevaeh. Volume II will be out in the late spring.

My novels have been translated into 11 languages and published in 15 countries.

What inspires you to write?
A better question would be what doesn’t. As a writer, it is my job to observe. I watch everything, the way people walk, the way trees move, the way the stars present themselves at night. I find inspiration everywhere. When I wrote the Hyte Maneuver, I was in a plane, watching the way people react to various things. There were a couple of “shady’ looking people intermingled throughput the plane and I came up with the idea of a plane hijacking, but not from the U.S.; rather, into the U.S. from a Moslem country. Something that would not be expected. And then, as I continued to look around, I build all the characters from the people on my flight.

For my new novel, Born To Magic, I wrote the basic premise two years ago while watching the news about a new terrorist attack. That was my inspiration to create a new world from the ashes of the old one.
Basically, my inspiration comes from observation

Tell us about your writing process.
In the non-fiction book, Lifeboat: Surviving The Writers Life, of which I am one of six contributors I explain my process, which is to first outline. My outline can run up to a hundred pages, so I can work out all the small details. But, I do not lock myself into it. I always jkeep the basics fluid, for changes happen without conscious effort. A character says some, does something, because that is what the character should dpo, and the outline needs to be changed.

When I write, I do so in two stages. I write in the mornings, and then edit what I’ve written in the afternoons. By doing this, I have the first two drafts under control at the same time. Of course, I usually end up haveing three to five drafts before the final editing.

What advice would you give other writers?
Here are my 5 rules for writing.

How did you decide how to publish your books?
I have published 32 novels traditionally. I have published 4 novels Independently. I left traditional publishing because I wanted more control over how my work was edited and presented.

For new author’s it depends on what they want. DO they want the ‘prestige’ of a traditional publisher. or the freedom to write as they want? It is NOT an easy choice.

What genres do you write?: Sci-Fi, Fantasy, Thrillers and Mysteries