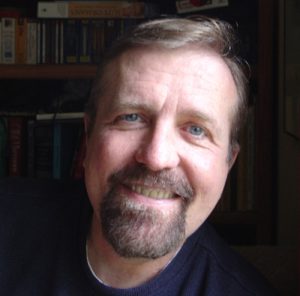 About David Greene:
My creative interests have changed over time from film to photography to writing and theater. At the University of Michigan, I wrote and directed a feature length film, Pamela and Ian, in which the characters grapple with the realization that they are shadows of light projected onto a screen, and that the film must end.
After college, I shot a series of large-format black and white photographs of men and women who subvert gender roles. My solo show, Shameless, was exhibited in galleries in Berkeley, San Francisco, Chicago, New York, and Zurich. Two of my photographs are in the permanent collection of the Chicago Museum of Contemporary Art.
My first novel, Unmentionables, tells the story of slaves and slave holders who lived and loved during the Civil War. Unmentionables won a 2010 Book of the Year award from Foreword Reviews.
My second novel, Detonate, inspired by Alfred Hitchcock’s film, Saboteur, is a wrong-man thriller with a hero who is half-black, half-white, half-gay and half-straight.
My third novel, The Winkler Case, is a gay reimagining of the classic noir novel, Double Indemnity by James M. Cain.
My play, Design for Spirits, a gay reimagining of Noel Coward’s Blyth Spirit, was produced by Chicago Dramatists Scene Shop Showcase.

What inspires you to write?
I first became interested in writing when I attended a past life regression workshop with several friends. The images and recollections triggered by that experience launched a 28-year writing project that became my first novel, Unmentionables, about slaves and slave holders who lived and loved during the Civil War.

Tell us about your writing process.
With my first book, Unmentionables, I began by following the notes generated from my past-life regression and subsequent research. About midway through the writing, I let the story and characters take over. At that point, the story became more about the brother (Jimmy) of my past-life character (Ella) than about Ella herself. </p>
<p>I’ve worked with outlines, but my native mode is ‘seat of the pants.” I love to discover the story as it unfolds during the writing.

For Fiction Writers: Do you listen (or talk to) to your characters?
I listen to my characters, who often lead me in directions that surprise me. My hope is that this process will also lead to surprises for the reader.

What advice would you give other writers?
I think writing a story that personally engages you is the most satisfying, both for the writer and for readers. Let the characters lead you through the plot if the story gets stuck. To do that you have to throw yourself fully into the characters life, which takes a high degree of empathy.

How did you decide how to publish your books?
I sought a publisher with my first book, but it’s length (over 600 pages) made it a hard sell. Most agents and publishers are dubious about books > 120,000 words by first time authors.
So, since I couldn’t get a publisher, I self-published. The experience turned out to be quite positive. I enjoy having control over the whole process (choosing an editor, choosing a cover, choosing release dates), and I’ve found it engaging to do my own marketing.
I’ve sold > 5,000 books, which is more than I expected when I first started. Doing that has required patience and perseverance.
I think it’s important for self-published authors to find a good editor … and then be willing to accept edits with gratitude. I was fortunate to work with a top editor from The San Francisco Chronicle for Unmentionables. He had a wealth of knowledge about the appropriate vocabulary for 19th century characters. “Drapery,” not “drapes,” for example. But also guided me with respect to storyline matters.

What do you think about the future of book publishing?
While ebooks have threatened to take over, I’m glad the paper books and bookstores are hanging in there, and in some cases, thriving. I recently read that Barnes & Noble will start stocking self-published paperbacks in their stores (after a vetting process). I think that’s smart of them. There are millions of readers globally who rely on print.

What genres do you write?: LGBT, historical fiction, thrillers, noir