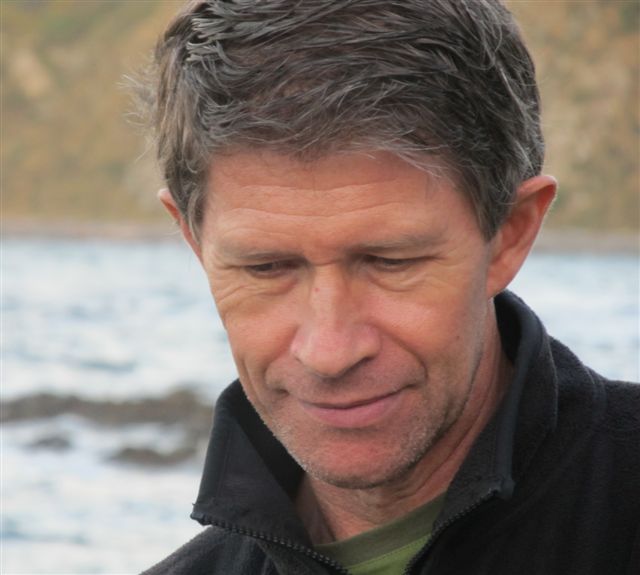 About Daniel K Munroe:
I’m a family man, although our youngest is now twenty, so memories of sleepless nights (both with tots and teenagers) are beginning to fade. Finally!

Decades ago I was a motorcycle cop, and I’ve done a variety of things since, all of which gives me a range of experiences to draw upon when writing. Nowadays I work in the telecommunications area, specializing in technical support for video conferencing. However, my goal is to eventually write full time.

What inspires you to write?
I read a lot. I have done so since my early teens. But I would often finish a book and wonder how the author ‘did that’. What I mean is, how did he or she use mere words to transport me on the intended journey, capturing my imagination and my emotions at the same time? Eventually I gave it a go, in order to find out. And thankfully, people now ask me, ‘How did you do that?’

Believe me, I was relieved when that began happening!

Tell us about your writing process.
For many years I had the vaguest idea for a thriller, floating around in my mind, but I had no idea how to develop the idea. So one day I sat down in front of Google and asked the question, ‘How to write a novel’. Obviously I got a gazillion hits, containing mostly contradicting information.

However, one recurring theme struck a chord with me. I was amazed to find that many authors cannot ‘see’ the whole story, or even the whole outline of the story, when they begin a novel. Instead, they can see a slice or a single scene, which may not necessarily be the beginning, the exact middle, or even the end. Their advice was to simply write the bit you can see. And then worry about how to create a beginning that gets you to the bit you can see … let alone what happens after that.

So I did exactly that. I wrote the bit I could see. Then I sat back and read it. That was when another piece of advice I had read on the web (I’m pretty sure it was David Poyer) popped back into my mind. Reading what I had just written, I suddenly understood what he had meant when he said that it will often look like the work of a ten year old for whom English is a second language. Ouch! But to a degree he was right. However, I took heart from his accompanying comment, which was that the main thing was to have captured the idea. Going back over it and re-engineering the grammar and structure should be secondary to getting the idea out of your head and onto your PC screen.

My characters come to life as I write them, rather than creating them in advance and inserting them into the yarn. I sometimes wish I had an office at home that I could use for my writing, so that I could pin character descriptions up somewhere to refer to later. At present I have to search for the ‘safe place’ I filed them in my PC. Or go back to the part of the book where they first appeared. I need to be more organized. Sigh!

For Fiction Writers: Do you listen (or talk to) to your characters?
I will be honest … when I say that I, like many others, don’t truly understand the writing process. I don’t understand exactly where the story, the characters, or the situations come from. And I suspect some people think me a little strange when I tell them, that once I get started with my writing, I ‘see and hear’ everything the characters do and say … and I type away as fast as I can, furiously trying to keep up with the action as it unfolds in my head. It’s a bit like watching a movie in my head, but please don’t send the men in white coats just yet …
As much as I hear the characters as they talk to each other … they seem unaware of me, so they don’t talk to me. And I must admit, I have never tried to talk to them. They are often doing things so dangerous, that to distract them at the wrong moment might lead to their untimely death.

As I watch my story unfold, I sometimes get to steer the action in a direction that I think may be useful. More often, I find the story going to places that had never even occurred to me. When I go back to the beginning and actually read the story in its entirety, I sometimes cannot recall thinking up parts of the story. Hence me not quite understanding where it all comes from … which is when I remind myself of another piece of advice, ‘Don’t question it too much … it might stop!’

What advice would you give other writers?
Be prepared to spend many years becoming an overnight success … and believe me, this has yet to happen to me!

Also, as much as it is natural to shy away from criticism, be prepared to embrace it. But at the same time … you cannot write a book by committee. You have to accept that you will not please everyone, or be everyone’s cup of tea.

Again, I think from David Poyer, I followed the advice that says to write the book I had always wanted to read, but that nobody had written yet. So I did. People tell me that it made for a good book.

I’m no expert. I’ve only written one novel, and I am working on the sequel that my modest number of readers have been looking forward to for a while now. I also have a couple of other ideas for books jotted down. Plus I work at a full time day job. So my one real piece of advice that I can offer based on my experiences … life is busy! So try to structure your day so that there is always a small portion available to write, even if it is only half a page. You will need routine and tenacity to finish the work. And then to edit it over and over again. And then, especially if you self publish, you will need to spend time snipping tiny holes in the cloak of invisibility that will inevitably be draped across you and your work. But if early feedback from readers suggests that you have a knack for producing an enjoyable read, never give up.

How did you decide how to publish your books?
Initially my book, ‘Super Duty’, was made available in hard copy by a fledgling/niche publisher who was keen to provide an alternative to the big publishing houses. However, like many before him, he found it impossible to compete, and he folded. For a few years I did nothing with the book, but I had been watching the world of eBooks develop. Eventually I took the plunge with Kindle. I found it a simple process to publish my book, but I do struggle still with the aforementioned cloak of invisibility.

What do you think about the future of book publishing?
I hope that traditional paper books never go completely out of style. And I doubt they will. I love books. I have some 800 novels, arranged in double layers, on two bookshelves at home. I once tried to cull my collection of novels. I spent hours going through them all, and at the end I could only find one that I could bear to part with. So I put it back on the shelf. No point getting rid of just one!

My point is, I love books. But I have also come to love my Kindle. I think eBooks are here to stay. My wife bought me a Kindle instead of another bookshelf. Evidently we had reached a book threshold that ‘we’ weren’t prepared to cross.

I still have a few (maybe only 10 now?) real books on the shelf, waiting to be read. I’m carefully interspersing those into my reading, probably at a rate of one to every ten Kindle reads, just so I can enjoy the tactile experience.

And thinking about the future of eBooks, perhaps Kindle needs to consider something. What I really miss is the cover. When you pick up a real book, you see the cover for a few moments. For me, it helps jump my mind back into the story. It reminds me of what the book is called! Let alone the author’s name. With my Kindle, I jump straight to the page I’m up to. Very handy … but I’d love it if the Kindle showed me the cover for say, three seconds, before then going to the page I’m up to. Surely a simple bit of software to write …

What genres do you write?: Thriller, Crime, and Action Adventure all apply to the novel I’ve written.