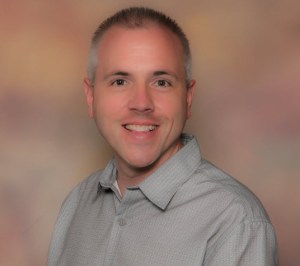 About Dan Petermeier:
Dan Petermeier grew up in Watertown, Minnesota, a small community outside Minneapolis. After he married his wife Beth in 1994, they spent a year Dan and Beth Petermeier in Minnesota before moving to Arizona. Their time in the desert was short-lived and they returned to the Twin Cities in 1998. During the better part of the next thirteen years, they lived in the Twin Cities area and even worked together many of those years. At the end of 2011, they relocated to South Florida where they currently still reside.

Throughout his life, Dan has been known as a writer. While most of his writing skills were used for business purposes, he has written several short, fictional stories. Through the years some of his work was shared with friends and family, while others were written solely for his wife.

In addition to his writing career, Dan operates a company that offers affordable online marketing and advertising services to small businesses.

What inspires you to write?
I have always been a writer. From the time I was in elementary school, I always felt I could tell a story in print much easier than with my lips. I have a creative mind and writing is an outlet to express emotions and tell
I love telling a story about something that can happen in real life. I have opened up my world and expressed who I am with the words I’ve put on paper. When someone takes the time to read what I’ve written and then tells me how much they enjoyed it, this is one of the greatest joys I have.
When a reader tells me that they get teary-eyed by the story or at a specific chapter, I know they are feeling the emotion that was intended. When they tell me they felt like they were in the scene with the characters and were experiencing all the same joys and pains, it tells me they have developed oneness with the story – and this is exactly what I hope for.

Tell us about your writing process.
I’ve never had much of a formal outline for writing. I have an idea of the overall storyline and some key turning points or events that will take place, but I usually keep these as mental notes and let the story evolve around them as I write. Sometimes elements of my characters are formed from the physical characteristics of a real life person including someone that may be an actor/actress. I need to mentally form the physical appearance (of the character) and hear their voice in my mind before I start writing them.
When it comes to actually sitting down to write, if I know that my day will include a couple hours (or more of writing, I will do my best to take care of all other work first to eliminate distractions. When I write it is almost always in the afternoon after I’ve taken a short walk and cleared my mind from whatever I was doing in the morning. I can write in silence but usually I prefer to have a wide mix of my favorite music playing from my music library or Pandora. When I begin to write, I reread the previous day’s work to refresh my memory on what I had written as well as make any appropriate corrections. When I’ve found a comfortable breaking point such as at the end of a chapter, I call it a day.

For Fiction Writers: Do you listen (or talk to) to your characters?
I suppose I interact with the characters to some degree. I need to hear their voice and see the situation they are in to properly describe what is taking place and what emotions they may be feeling. I need to feel as I am the character and need to get into their mind, see through their eyes and feel what they touch.

How did you decide how to publish your books?
I have a friend that has a small publishing company. He gave me some advice about pursuing publishing companies that were open to manuscript submissions. Without the assistance of an agent, I contacted a few companies and submitted query letters and a portion of the manuscript was requested by a couple of them. When I was offered a contract through my publisher, I gave it a lot of consideration before agreeing. I never envisioned self-publishing my first novel, “Summer Letters” and I was happy to sign a contract with a traditional publisher.

What do you think about the future of book publishing?
With more and more people publishing their own work, I think it really creates competition but also opens the door for many people that would otherwise never have the opportunity to see their book in print. I believe that for the foreseeable future paperbacks and hardcover will still carry demand, though it’s clear that eBooks are becoming more popular and much more affordable options.

What genres do you write?: romance, drama