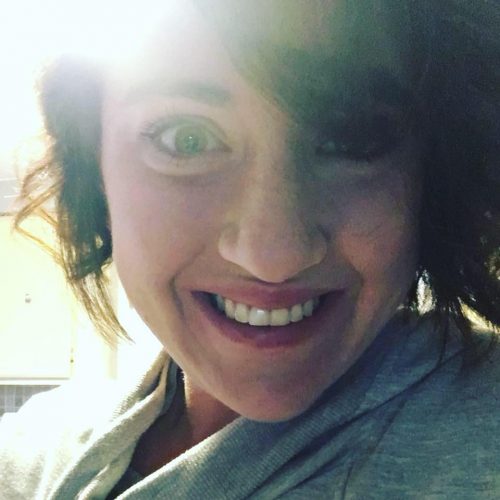 About D. Fischer:
Award-winning author D. Fischer is a mother of two very busy boys, a wife to wonderful husband, and an owner of two sock-loving german shorthairs. Together, they live in Orange City, Iowa.
When D. Fischer isn’t chasing after her children, she spends her time typing like a mad woman while consuming vast amounts of caffeine. Known for the darker side of imagination, she enjoys freeing her creativity through worlds that don’t exist, no matter how much we wish they did.

What inspires you to write?
Everything inspires me. From my toddler's Paw Patrol show, to nature and instrumental music, I find inspiration everywhere. A book idea could come from the simplest things, and I love that!

What authors do you read when you aren’t writing?
My favorite authors are Sarah J. Maas, Connie Suttle, Holly Black, and Laurie Forest. Each I like for different reasons.

Sarah J. Maas is wonderful at just about everything she writes. She blows me away with each book. I could fan-girl over her any day.

Connie Suttle has an amazing world she's built, and just like me, all of her series connect. It's fun when a character from a past series pops up in another – like greeting an old friend.

Holly Black and Laurie Forest are excellent at character development and world-building. I feel like their characters are my best friends and I've known them for years.

Tell us about your writing process.
My writing process is somewhere between a "fly by the seat of my pants" and an "outliner." I know where the story will go, I know the characters, plots, and subplots, I know the ending, and I know how many books I want the series to be. Everything in between I allow to develop as I write the book itself. It flows better for me that way. It makes me just as surprised as a reader would be with what unfolds.
I definitely outline more when I'm world-building. In my office, I have one wall that is all whiteboard. On this wall, I drew a map of my upcoming series, Heavy Lies the Crown. Since all my series connect to one another, I keep folders on my desk for each series. Each have detailed character descriptions, and short little important snippets about each character – their quirks, favorite sayings, pet-peeves, as well as brief info of their past and present.
Let's not forget the notes app on the smart phones. Best invention ever, especially for those always on the go. Like I said, inspiration comes from everywhere, and most of the time, it strikes when you're nowhere near a computer or notepad.

For Fiction Writers: Do you listen (or talk to) to your characters?
As a fiction writer, I definitely let my characters control their scenes. Each character has their own personality, you see. Vivid personalities. Loud ones, or quiet ones. I don't talk to my characters, but they often feel like disobedient children!

What advice would you give other writers?
My advice to other writers is to never give up. Fight for your dream and stay focused. I can't stress that enough.

How did you decide how to publish your books?
Twenty-two books ago, in 2017, I was just a mother. A business owner. A wife. But I also had a bucket list. I was a restless person who wanted a taste of everything life had to offer.
In 2017, my husband was working in another state for three months. I was lonely, sat down with a tablet, and began to write my very first book. It was on my bucket list, and what better time, right?
Two months later, book complete, I was sweating bullets as I submitted it to Amazon. I was hooked from then on out. My restlessness subsided and every day I feel so lucky to have found my "thing."
It was always self-publish for me, although I've often thought about traditional publishing. In the end, I like to be in control of my future. My audiobooks are traditionally published, however, with Cherry Hill Publishing.
This year, I created my own publishing house for my e-books and paperback books. I named it Divinus Kingdom, because that's what I'm calling all of my inter-connecting series. Divinus means Divine in Latin, and the Divine are the "gods" in my book's world.
I still see myself as an indie, though. I don't ever plan to publish anyone else's books under the Divinus Kingdom name.

What do you think about the future of book publishing?
I think the future of book publishing will take a drastic turn. Technology is developing more and more every day, and there's this divide I'm starting to notice. The divide is between actual paperbacks and audiobooks, leaving Kindle an obvious rival, but not as big as it once was. I don't know if this is something other authors are noticing, or just me, but either way, I plan to stay with the trend by providing all options to readers/listeners.
As well as all that, we're seeing a lot of books hit theatres and TV channels/apps. Wouldn't it be cool if, in the future, every author had the chance to make their book into a televised series?