You are here: Home / Interviews With Authors / Interview with Author – Craig Faustus Buck 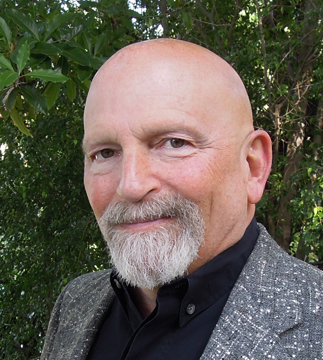 About Craig Faustus Buck:
Craig Faustus Buck is an author and screenwriter. His debut noir mystery novel, Go Down Hard, was published by Brash Books in 2015 and was First Runner Up for Killer Nashville’s Claymore Award. His short story “Honeymoon Sweet” is currently nominated for both the Anthony and the Macavity Awards. He was also an Anthony short story nominee in 2014 for “Dead End,” the prequel to his novella Psycho Logic (Stark Raving Press, 2014). Among his six co-authored nonfiction books, two were #1 NYT bestsellers. He wrote the Oscar-nominated short film Overnight Sensation. He was one of the writers on the seminal miniseries V: The Final Battle. His indie feature, Smuggling for Gandhi, is slated for production in 2016. He is chapter President of Mystery Writers of America SoCal.

What inspires you to write?
I’ve spent my career writing for other people–studios, producers, publishers, editors and such. I turned to crime fiction novels and stories to finally write what I enjoy without having to answer to a master. As it is, I’m the toughest boss I’ve ever had to write for. But I’m having a ball doing it. Judging by my Amazon reviews, my audience is having as much fun reading my stuff as I’m having writing it, which is all I can ask for.

Tell us about your writing process.
My process, too, is a revolt against my past. In TV and nonfiction books, you don’t get sent to script or paid to write the book until your outline has been approved. The result can often feel like painting by the numbers. Yawn. Now that I’ve got no taskmaster, I create characters, invent a situation to put them into, and set them off running. My characters continually surprise me, which is a joy for me and, I hope, for my readers. Of course there’s a lot of backtracking to motivate these surprises, but the process makes it nearly impossible to telegraph my punches. In Go Down Hard, I didn’t know who the murderer was until I was only two chapters from the end of the book.

For Fiction Writers: Do you listen (or talk to) to your characters?
The answer to this question really depends on whether I’m writing in the first person or third person. My novels have so far been first person narratives, so I’m inside my character’s head for the entire book. It’s more like telepathy because I hear his or her thoughts. In the third person, which is how I tend to write my short stories, I don’t talk to my characters because they are doing the driving, not I. No matter what the POV, I always listen to my characters. Dialog is crucial to my voice, perhaps from my years writing scripts, so I have to hear the language of my characters and make sure it sounds natural.

What advice would you give other writers?
Glue your butt to the chair. That’s what makes the difference between a writer and a wannabe. You can’t be a writer if you don’t write. And if you do write, the more you do it, the better you’ll get. Don’t be discouraged by early efforts. And read voluminously. If you like something you’re reading, try to figure out how the author did it. If you don’t like what you’re reading, try to figure out the author’s mistakes. It’s also useful to hang out with other writers, to commiserate and learn from each other’s habits or mistakes. Get involved in your local Mystery Writers of America or Sisters in Crime chapter if you’re a crime writer. Or equivalent writers’ organizations in other genres. Writing is a lonely business. It helps to have an understanding shoulder to kvetch on.

How did you decide how to publish your books?
My publishers Lee Goldberg and Joel Goldman of Brash Books were so enthusiastic about Go Down Hard that I didn’t have the heart to turn them down. It didn’t hurt that I’d already been rejected by the Big Boys in NY. I will say I got rave rejections and they all want to see my next book, but Brash’s exuberance was downright irresistable. They were also willing to put resources into promotion, which was a huge factor for me. I considered self-publishing for about a minute, but the task of breaking out of the pack of zillions of other self-published books seemed too daunting. I want to write, not self-promote. I realize I’ve got to do both in today’s publishing environment, but having a publisher to share the burden is a godsend.

What do you think about the future of book publishing?
No one knows where publishing is going, but I can guarantee that it will never return to where it’s been. The traditional publishers are slowly coming around to this realization. The question is whether they’re being too slow. As an author, you either have to ride the wave or drown in it. That choice is easy. It’s picking the right wave that’s hard. Brash is small and nimble and run by two authors who’ve been around the block enough times to know what’s good and what’s bad about traditional models. They’re still feeling their way, but they’re definitely trying to forge a new path. I just hope it’s the right one.