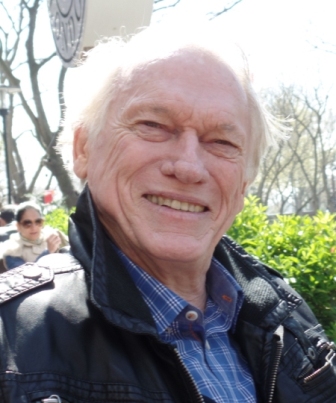 About Colin Guest:
Colin Guest took up writing after nineteen years of working as an expat in fourteen countries spread through the Middle, Far East and North Africa. Colin writes thrillers, adventure stories and several romance stories mixed with erotica. He has also written two memoirs. Colin loves wild animals and has worked as a volunteer at three wild animal rescue/rehabilitation centres. His social media name of Tigerman, comes from his love of tigers, with him adopting one for the past twelve years. Although English, Colin has lived in Turkey for the past thirty years.

What inspires you to write?
I have always liked writing since my school days. After retiring from working as an Expat, I thought my experiences gained during that time would be of interest to others seeking a way out of a boring 9-5 job. This led to my first book, Follow in the Tigerman's Footsteps. It shows that by being positive thinking, one can climb back up from disaster, to the driving seat of life.

Tell us about your writing process.
Without a doubt, I am a seat of the pants writer. I just think of what could prove interesting to readers and start writing.

For Fiction Writers: Do you listen (or talk to) to your characters?
I listen to what they say, and if I don't like what I hear, I change it until I am satisfied.

What advice would you give other writers?
Once you start to write, never give up. If you get stuck, take a break for a few days. You will then find that you are able to carry on. One thing that is a must is no matter what kind of online editing program you use, always get your work professionally edited. There are many editors to choose from with costs varying considerably. I have used gigs from Fiveer.com and been well pleased with the results.

How did you decide how to publish your books?
As I had never done so before, my first experience was a disaster. I paid out a chunk of money to have my memoir published in print. Although the book looks great, despite what I was initially told, the price they were charging for the book meant no one wanted to buy it. After that, I self-published., then in 2019, I was approached and offered a contract with two media companies, which I accepted. I do, however, still publish some of my books with Draft2Digital who I have found most helpful.

What do you think about the future of book publishing?
I think that audiobooks could prove a significant benefit for authors. However, they can prove much more expensive to have one narrated.

What genres do you write?: Non Fiction, but mainly fiction