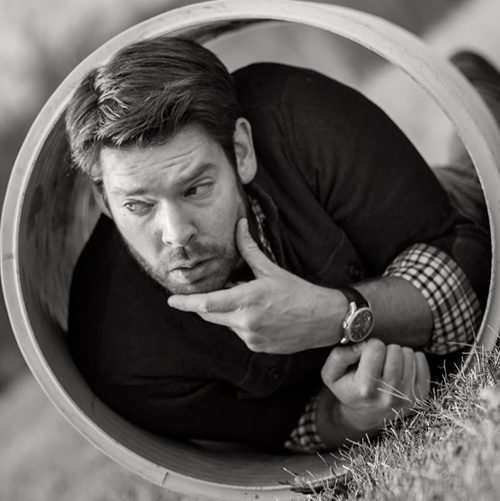 About Clayton Smith:
Clayton Smith is a writer of speculative fiction living in Chicago, where he has become exceedingly good at cursing the winters. He writes novels, short stories, and plays, mostly. His work has been featured on the popular Internet site Amazon, and he has had plays produced rather mercilessly in St. Louis and New York City.

Clayton tends to inject a healthy dose of magical realism into his stories, which distresses his characters to no end. One day, they will likely rebel against him, but for now, they’re all fairly busy managing various disasters, wizards, and the occasional apocalypse.

What inspires you to write?
My biggest inspiration comes from other writers, specifically those I read in my formative years. The stories of Roald Dahl, Douglas Adams, and Neil Gaiman have had such profound impacts on me that I want to explore worlds like they explored them and create whole new universes for readers to enjoy.

Tell us about your writing process.
I’m generally a pantser, but I’m trying to outline more. When I do outline, I typically use an old fashioned notebook that I scribble to pieces.

I find I write better in the mornings, so I try to wake up early to get started before the day begins. I bring my laptop everywhere and write wherever and whenever I can; my living room, my office, the coffee shop, the train on my morning commute, etc.

For Fiction Writers: Do you listen (or talk to) to your characters?
They won’t shut up. 🙂 They’re constantly bickering and arguing inside my head.

What advice would you give other writers?
Keep writing, no matter what!

How did you decide how to publish your books?
Two things drove me to self-publish for the first time. The first was a panel on publishing at SXSW in 2013. Author Hugh Howey made some pretty remarkable points that made me think, “Hey, maybe self-publishing isn’t just a ‘worst case scenario’ after all.” Then, after submitting my first manuscript to about three dozen agents and getting rejections, if I got anything at all, I finally found the perfect agent; someone who said she was looking for post-apocalyptic stories about friendship with both humor and heart. It was Apocalypticon exactly! I sent her the query letter, and she sent me something back: a form email saying thanks, but no thanks.

That was the last straw for me, and Howey’s encouragement had already made me think self-publishing could be a good route to go. I decided to self-publish, and I am SO glad I did.

What do you think about the future of book publishing?
I think the future is in hybrids. There seems to be this idea that you either publish with a publisher or you self-publish, and there’s this huge gulf between the two, but I don’t believe that. I think there’s all kinds of opportunity between the Big Five and the self-pub writer.