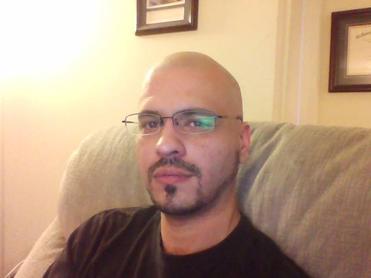 About CJ Perry:
CJ Perry is sarcastic liberal nerd that played too much Dungeons & Dragons in his youth and never learned respect for authority, couth, or how to line dance. He is a NY transplant in the swing state of NC trying to vote it blue. He enjoys; writing, fantasy, writing fantasy, commas, and long, redundant lists.

What inspires you to write?
What inspires me to write is a sincere desire for the world to meet the characters I have known so long. I found my first Dungeons and Dragons group in 1991 (Because where else should I begin?). When I started playing, my friends and I used pre-made campaign settings and published adventures, but I quickly grew restless with their limitations and trite story lines. I needed my own persistent world: something adaptable to my whim and that no one else owned.
Back in my day, there was no internet, so I took out every book about castles and medieval history from the school library and read them in Math class (I’m still terrible at math as a result). I came up with an entire world and brand new history. I read books on cartography and hand drew maps of my new world. I created a cosmology, a hierarchy of gods, and the tenets of their religions. I read the Dungeon Master’s guide a dozen times, and every fantasy novel I could get my hands on.
Then, one day, I sat down and told my friends, “Hey guys, wanna try my story instead?”
Even 15 years after the original D&D campaigns ended, former players tell me that they share our incredible stories with their children. I’m honored to say that most of those players still have their original character sheets 16-20 years later, and a couple have even named their children after them.
Now, I’m 39 years old and a loving father of 2 girls, and I still play those games on occasion. My passion has evolved into putting those ideas and amazing stories on paper for the whole world to enjoy.
I threw myself into being a full time student of novel crafting. I read every book on writing by Dwight Swain and any other respected teacher I could find. I paid Chuck Sambuchino (Editor for Writer’s Digest) to critique and edit my older work. I took James Patterson’s Masterclass, went to college, and joined online writing communities. All the while, I read my favorite fantasy novels again, only this time with a mental highlighter. I reworked my stories, outlined them, and decided to start from the beginning. Dark Communion is that beginning.

Tell us about your writing process.
I have some tangible evidence of that old campaign left; character sheets, maps, a few timelines, and the players who played those characters are on Facebook. That’s where I start. I look over those things, and reminisce with those people for ideas and to fix missing pieces. This same campaign was played DOZENS of times by different people (with me as a DM), and it was different each time, so I take my favorite parts of each version to use in the Godswar Chronicles (Of Which Dark Communion is Book 1).

Then, I sit down and outline. First, I outline a 3 act structure. Then, I do a Dwight Swain, Techniques of the Selling Writer style Scene/Sequel outline. Once that is done, and the story feels right, I start writing. I don’t always stick to the outline perfectly, so I edit it as I go.

For Fiction Writers: Do you listen (or talk to) to your characters?
I listen to them. I try to walk in their shoes, no matter how far a stretch that might be. Once I can feel their pain, anger, or joy – then I write.

What advice would you give other writers?
Never give up. Every successful author was a struggling writer who didn’t quit.

How did you decide how to publish your books?
Im a control freak. Ive heard too many stories about writers who were picked up by a publisher, only to be mistreated, or dropped later on. In one case I know of, an author actually had to buy back the rights to their own work to publish it independently. Even Margaret Weis almost had Dragons of the Hourglass Mage taken from her by her former publisher.

That will not be me. My book. My story. My characters. Anyone else can love it – but they’re my babies.

What do you think about the future of book publishing?
Im optimistic. The barriers that have stopped people from getting their work out there are coming down.

What genres do you write?: Epic and Dark Fantasy