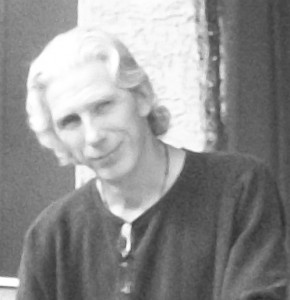 About Christopher Sharp:
I’m an accidental author, I never set out to write a book or have it published for that matter. I started writing because I was in a situation where I kept saying to myself, “No one I know would believe this.” I kept a diary for a long time, then forgot about. I returned to it months later and decided to type it out and neaten it up. Before I knew it I had fifty four thousand words so I started sending query letters, just to see what would happen. Sure enough, after eighteen rejections I had a book contract with a publishing company. Understand that I never finished high school and can’t spell dictionary without a dictionary, but along the way someone told me that it didn’t matter if I could spell or not, that’s not what being an author is about. It’s about having a story to tell in a way that makes people listen.

What inspires you to write?
Inspiration is a very personal thing. I’ve read people post and blog about why they write and where they get their ideas, none of which applies to me. Some do it for emotional healing, others for the money and so on. I wrote the first book to inform, primarily, and to entertain. The second book I wrote because I wanted to see what it was that I had tapped into, why the words just seemed to flow onto the page. Before I knew it there were a hundred thousand words on the page and I wasn’t done yet.

Tell us about your writing process.
I don’t even know what an outline is, I sit at the keyboard, get in the zone and type until the sun comes up. When I run out of things to write about, I stop typing. Is this for everyone, probably not, but you won’t know until you try it.

For Fiction Writers: Do you listen (or talk to) to your characters?
It’s not a matter of listening to talking to the characters for me. I don’t even know their names most of the time (I open a phone book and close my eyes for that), it’s more like watching a movie I’ve never seen. I visualize what the words that are coming out of me look like and adjust them accordingly. It’s never perfect the first time around but when I revisit it everything comes together without much effort.

What advice would you give other writers?
The best advice I can give to anyone that wants to be a writer is “Don’t listen to anyone that say you can’t” or has anything negative to say about your writing. Most of the time they are just jealous of the fact that you are actually writing and they’re still sitting on the couch, eating Cheetos, watching reruns of I Love Lucy. The more you write, the better you get, so write something (even if it’s only one sentence) every day.

How did you decide how to publish your books?
I got picked up by a traditional publisher, there was no decision. If I had to choose I don’t think I would self publish, there is way too much to it that I still don’t understand.

What do you think about the future of book publishing?
It is evolving as we speak, what the future holds will most likely be something that hasn’t even been thought of yet.