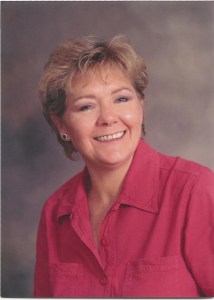 About Charlotte Hughes:
Charlotte Hughes published her first category romance in 1987, a Bantam Books’ Loveswept, titled Too Many Husbands, which immediately shot to #1 on the Waldenbooks Bestseller list. She went on to write almost thirty books before the line closed in 1998.

Although Charlotte is widely known for her laugh-out-loud romantic comedies, she went on to pen three Maggie-Award winning thrillers for Avon Books in the late nineties, before resuming her first love, funny stories about people falling in love. She thrilled readers with her hilarious books, A New Attitude and Hot Shot, the latter of which won the Waldenbooks Greatest Sales Growth Achievement in 2003.

Her books received so many accolades that she was invited to co-author the very popular Full House series with mega-star author Janet Evanovich.

With that series behind her, Charlotte began her own, starring psychologist Kate Holly; What Looks Like Crazy, Nutcase, and High Anxiety, creating a list of somewhat kooky but always lovable and funny ensemble characters.

What inspires you to write?
My fans, I wrote for them (and the money)

Tell us about your writing process.
I do a ton of research first, and while I do proposals when selling to the Big5 I usually change midstream. About 1/3 of the way into a book I start to love the characters and from then on its second nature. That’s one reason why I liked doing series and I am getting a new one going.

How did you decide how to publish your books?
First 40+ were agented to established publishing houses. Now I am a hybrid, and have more control of what I write.

What do you think about the future of book publishing?
Wild and Crazy, who knows?

What genres do you write?: Romance, Romantic Comedy, Mystery