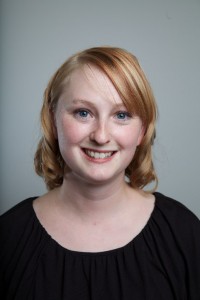 About Chairssa Dufour:
My journey to become a writer began in 8th grade, when I was diagnosed with Chronic Fatigue Syndrome and pulled from school to recover. During this time, I was left alone for hours on end and it was then that I discovered new friends within the pages of books. I also learned the blessing of creating my own friends by writing down the stories that plagued my lonely mind–as demented as that sounds. Therefore at the ripe age of fourteen, I wrote my first novel. It sucked! But I kept going and now I am an Indie Author with numerous books out. I never imagined that first horrible novel about a man who crash landed on his long lost home world would turn into a lifelong passion.
I now live in Chicago, IL with my amazing husband and two rambunctious kittens, Groot and Rocket.

What inspires you to write?
When I was young I became very ill and had to drop out of school for a time. Most of my time while recuperating was spent writing. It was a socially acceptable way to still have imaginary friends while in junior high school. I haven’t really stopped writing since.

Tell us about your writing process.
On days where I know I have loads of time to really hunker down and make large progress in my book, I pick a movie from a short list and watch it on repeat while I write. It is just background noise for me, and therefore I usually pick movies with a lot of action and little dialogue. My favorites include Air Force One (currently playing), Behind Enemy Lines, and Captain Philips. The most I’ve ever watched a movie in one day was four times, but that day was part of a week where I wrote 25,000 words in four days, so it seems to work for me. Most people though think I’m crazy. It’s true. I am

For Fiction Writers: Do you listen (or talk to) to your characters?
All the freaking time. I often yell at them as they do something i had not planned. They have a knack for surprising me, even when I’ve outlined their story thoroughly. Jerks.

What advice would you give other writers?
When I was younger, I was told to write what I know. Personally, I think this is bologna. Write what you want to read. I’m currently writing a sci-fi book set in our own solar system. I’m not an astronaut and never will be, but I can do research and learn about our solar system. What I cannot do is write a thrilling story that I don’t care about.
Learn what you need to learn, but write what you want to read.

How did you decide how to publish your books?
I’m not really sure. It was sort of an evolution. Mostly I heard about other people success publishing directly to Amazon and I thought I’d try it out. Thus far, I’m not sorry for the choice I made.

What do you think about the future of book publishing?
I see some good, and some bad in the future of book publishing. I think ereaders will produce some fun changes as writers and publishers work to keep up with the changing technology. At the same time I see books decreasing in length and quality. I just recently read a book so short that I thought my ereader had been corrupted or something. At the same time, I have read books that I found myself wishing were shorter. Not because it was long but because I had grown board with the character…and this was a well-written book. Our attention spans are shrinking, and I’m ashamed to admit I am in those masses.