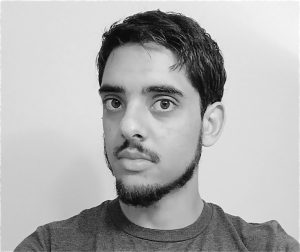 About C.A. Nicholas:
I am a complex storyteller whose nature is introverted yet companionable, whose artistry is melancholic yet inspirational, and whose emotional intelligence is mature beyond my years yet my implementation of it is creative like a child. I am also exceptionally imperfect as an individual yet perfectly worthy in inherent value like all of humanity.

My second book is a novella of short tales, poetry, and letters. "Strange: And Other Accounts From the Taboo War," deals with the Unsung Heroes' battles against the Grim Reaper's strange sons.

"For the Lover of Stories" is a double feature of my first and second books.

My debut album, "Lillith's Secret" is dedicated to those who struggle with suicidal desires.

My sophomore release is an EP titled "The Life of Champ." It is about the life of Champ, a magnificent dog, and Billy, the boy who changed his life forever.

My third album, "Why Did They Slaughter Our Innocence" is about the the innocence of childhood and the lasting damage of sexual assault.

"More Powerful Than You Realize" is my fourth musical enterprise and it was created to inspire listeners to accept the necessity of striving towards triumph, despite daily strife and even when victories seem temporary.

I gathered my four albums and released them as one mega album named "Tales Beyond Words: Vol. 1."

What inspires you to write?
I write for catharsis and to give solace to anyone who feels lonely and enchained within the essence of a starless and moonless night.

Tell us about your writing process.
I've tossed out tradition by not writing an outline before creating literature. I think that I will continue to do that.

Every one of my published works began as an idea which often traversed within my heart as I constructed an exceptionally general structure for it within my mind. Then I would sit down and start composing as I allowed for the stories and poems to more or less organically progress from their beginning to their conclusion.

For Fiction Writers: Do you listen (or talk to) to your characters?
I do not talk to my characters yet (in the realm of an out of body experience), I often observe a version of myself interacting with them.

What advice would you give other writers?
Be true to who you are rather than sacrificing pieces of your soul for the potential acceptance of the majority. However, listen to the those who critique your work in order to strengthen your talents.

How did you decide how to publish your books?
I was composing "Nayati" on Facebook one day when my Mom persuaded me to sell my work instead of doing my gig without pay. So I researched a way to copyright and publish my story when I finally discovered Amazon KDP. I was ecstatic (and I am still thrilled), to see that they offered what I sought and more (such as, a program to create wonderful book covers). I published "Nayati" (and received the copyright for it as well), and my other literature with them. After many revisions, I eventually released my collection as "Sanity's War."

What do you think about the future of book publishing?
Upon a cursory glance, eBooks seem to be the way of the future while physical books are on the way of the dinosaurs in this increasingly technological age. After all, eBooks are easier to transport than their paper counterparts, they are cheaper to produce (as well as to purchase), and it's far more feasible to keep copies of them in stock.

However, there is still a significant portion of bibliophiles who prefer the weight, texture, and aroma of physical books, whether they be paperback or hardcover. This following is dedicated (though I am not adamant about my preference, I do favor physical books on the whole though I do love the convenience of eBooks), and I see no instances of this following withering out in future generations.

Though some brick and mortar bookstores have closed, Barnes & Noble's physical stores nevertheless appear to be thriving. Even Amazon, a primarily online entity, have opened physical stores in a few locations within America. Therefore, I do not foresee the extinction of physical book publication.

What genres do you write?: Fantasy, Action, Contemporary Fiction