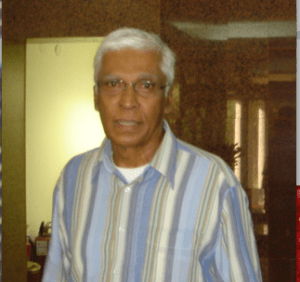 About Brian Wicklin:
Brian Wicklin was born in Kalapaluwawa, a township close to Colombo the capitol city of Sri Lanka on 18th April 1939. He was the next youngest of a family of 6 children. His father was a building engineer in the government services and his mother was housewife. They were upper-middle class and held upper middle class values and had links to some of the most powerful families of the time.

He became a Swedish citizen 29th October 1969 and changed his surname WICKREMESINGHE to WICKLIN 30th July 1974. This is his first book. He had been contemplating in writing the story about his mother RENE and her disappearance from their family life. It remained a distant dream in those early years to think about meeting her once again. Despite the odds he met her again in 1960 in England.

The idea in writing this book has been to find a part of his life that was missing and that was a problem he had to manage by himself throughout his adult life. Hopefully, this story will convey to others the need for sharing experiences about challenges and struggles as well as failures in overcoming adversity in family life.

What inspires you to write?
I have always had this feeling about “I need to write and explain” and this I have done throughout my teens. As a grown up I just had the feeling I must explain and do that in writing. In this book I had the feeling within me that my mother was worth the while and deserved a review of her life and the life of her children. Some children did not make it and others did. All of them had inherited a messy style of maturity that requires an explanation.

Tell us about your writing process.
I am an outlier in the sense I learnt the art of drafting official reports whilst working at the Office of National Statistics in Sweden. That helped me to understand how to write and to write in a way that the reader understands what is written. It is an ongoing sort of conversation between the writer and the reader of what is written.
I never do sketches and darts and do not follow templates. I love to write when the flow of the language does all that you want to do and convey.

What advice would you give other writers?
I learn from others and admire the way they convey their thoughts in writing.

How did you decide how to publish your books?
Self publishing was a last resort and requires great skills. A publishing house has all the skills in getting the book out to the store. As a writer I would only support these activities.

What do you think about the future of book publishing?
As far as I experience reading it is about reading the printed pages. The flow of the language and ease of communicating will be the most important ingredient in a good response.

What genres do you write?: Family biography, sports events and spectator views.