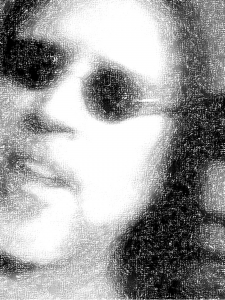 About Borne Wilder:
I write to entertain myself as much as anyone else, as far as articles and short stories are concerned, but the time that gets invested into a novel, well it seems almost criminal not to find others to read it.

I’m not an award winning anything. I write stuff. I use a unique voice to convey my ideas. The most common question I’m asked after someone reads something of mine is, “Where do you get your ideas?” I really don’t know. I guess I see things through funny colored eyes.

The best way to describe me: I take words people already know, form them into ideas they’ve already had and then I take credit for it all.

What inspires you to write?
The need to create something. To fill an empty page, even with inane drivel, leaves it better off than it was. Tennessee Williams — ‘I can’t stand a naked light bulb, any more than I can a rude remark or a vulgar action.’ I feel the same about a blank page, but not so much about rudeness and vulgarity. Sometimes I fill entire chapters with descriptions of vulgar actions, using rude remarks.

I don’t think I’ve ever been inspired by a sunset or a bubbling brook. I get inspired by the dark side of humanity, my own ignorance of the world and the stupidity of sheeple. I try to shine a humorous light on all three. It’s not safe to allow the Emperor to run around naked.

Tell us about your writing process.
I hunt and peck on Word. My writing voice seems to be kryptonite to any and all grammar check software.
I was kicked out of my English classes, my junior and senior year, for being disruptive. I sat in the Principal’s office and taught myself from the textbooks they gave me. I had no idea what I was doing, so I wasn’t burdened by the proper way of doing things, when it came to expressing an idea. Now I pay hell in editing. My motto is: “What do I do with the commas?”

I made an outline for Dead Nolte and then I ignored it. In the end, the project was exactly how I envisioned it, but I wasted a huge amount of writing time searching through previous chapters, trying to link details or double down on punchlines. Sometimes, by the time I found what I was looking for, I had forgotten why I was looking for it.

On Intensities In Ten Cities, I outlined each chapter, the interior/exterior, he said-she said with a brief descriptions of their moods and mindsets, but most importantly, I highlighted details I would return to and put them on a separate Word page, so that I could search for them when needed. I tie a lot of stuff together throughout anything I write, I think it acts as binding agent, so when the reader gets to the end of whatever I hunt and pecked, they are holding onto a nicely packaged idea. They may be scratching their head at the end, I stretch things to the point of breaking, but the idea itself will be complete.

For Fiction Writers: Do you listen (or talk to) to your characters?
I guess I listen. I picture the characters together and put the most bizarre comment I can think of into one of their mouths and see how it gets bandied about, then maybe tone it down. I rarely see people get directly to the point in conversation; there is always some form of beating around the bush, or innuendo going on. Sometimes I’m amazed to read a conversation I just wrote and not recognize it. Sometimes writing will come alive and run along beside you for a spell.

What advice would you give other writers?
Get your characters from real life, people you know, and then adjust and embellish them to fit your tale. Flesh them out from the inside out. The reader should at least have some basic knowledge of who the person is, before you describe what they’re wearing.

In Dead Nolte, I doubt if I spent more than 50 words out of 94,000 describing clothing and maybe 200 words on physical descriptions. I let the reader decide all that. It’s as much the reader’s world, as it is mine.

How did you decide how to publish your books?
I didn’t really have a choice, my book really doesn’t fit any genre, (maybe magical realism) and agents all want to represent YA. It didn’t take me long to realize query letters were another name for lottery tickets.

Getting 70% of your royalties sounds awesome, but unless you dump that money back into your book and promote it, there will always be 700,000 books ranked above you.

What do you think about the future of book publishing?
Unless more places like Book Goodies take an interest in the people out there tapping away on books and give the starving writer a place to be seen and heard, we are going to miss out on a lot of good reading as it languishes at the bottom of the belly of the Amazon monster.

What genres do you write?: Thriller, Surrealism, Magical realism, Satire