You are here: Home / Interviews With Authors / Interview with Author – Bill Kirton @carver22 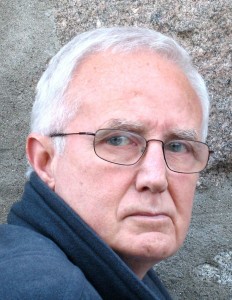 Author Bio:
Bill Kirton has been a university lecturer, a Writing Fellow at three Scottish universities, presented TV programmes, written and performed songs and sketches at the Edinburgh Festival, and had many radio plays broadcast by the BBC and the Australian BC. He’s written five books on study, writing and workplace skills in Pearson’s ‘Brilliant’ series, five modern crime novels, a historical novel, a spy satire and a satirical fantasy novella. Two of the novels won Forward National Literature Awards, his short stories have appeared in several anthologies and one was chosen for the Mammoth Book of Best British Crime 2010.

What inspires you to write?
Anything, everything. Sometimes it’s for fun, or because I’m angry or happy. Sometimes a thing I see, hear or read. There’s no special thing. Once I get into whatever it is, I’m lost there, believing what happens there and becoming oblivious to the real world. It’s like what golfers and others call being in the zone.

Tell us about your writing process.
I let an idea stew for a while. If research is needed, I get into it right away. And that doesn’t just mean reading stuff, it may be doing things, too. When I wrote a novel featuring a 19th century figurehead carver, I took up woodcarving classes to feel what it was like to carve a figurehead. (I became hooked on it, too.) I also signed on as a paying member of the crew of the Christian Radich, a beautiful Norwegian square-rigger. We sailed from Oslo to Edinburgh and it was a dream fulfilled.

For Fiction Writers: Do you listen (or talk to) to your characters?
Listen every time. I once wrote a radio play in which I wanted to explore a particular theme. The result was that I tended to use the characters as mouthpieces for my ideas – not consciously, but that’s what happened. It was broadcast and a reviewer wrote in a Nation al journal ‘This is a tiresome play about tiresome people’ – and he was right. I’d stifled their voices. You’ve got to ‘give your characters room to dance’ as a writer once put it on a panel at the Edinburgh Festival.

What advice would you give other writers?
There are 2 things I always recommend. First, always read aloud what you’ve written. That way you get a feel for the rhythms of the work – they’re more important than people give them credit for. And separate the functions of writer and editor. When you’re writing, free yourself, don’t worry too much about mistakes. Then set it aside for as long as possible and come back to it as a reader/editor. Writing and editing are totally different disciplines.

How did you decide how to publish your books?
I was published traditionally for years but when publishers started disappearing, merging and having to put purely commercial considerations above quality, We were lucky enough to have the self-publishing options open to us. I’m still published by a traditional publisher (Pearson), but most of my fiction I’ve done myself. It costs nothing but time, you can get your book into the market place very quickly and you get a bigger cut of the price. The downside is the need to market yourself, which obviously takes time away from your writing, but as long as you’re very strict with yourself about quality, I think the independent route is the best nowadays.

What do you think about the future of book publishing?
I don’t buy into the doom and gloom stuff. There’ve always been people who’ve never read a book but, equally, there are countless numbers who love to get lost in a separate world that’s been created for them and recreated by them as they read. So books won’t die in either paper or electronic form. The fact that both are available and reading’s so much easier on ereaders means that there’ll be even more demand for them.

What genres do you write?
Crime, mystery, satire, humour, children’s.