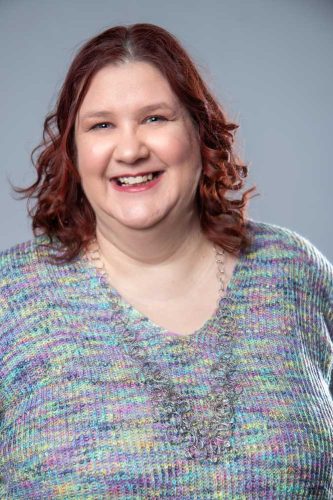 About Beth A. Freely:
Born and raised in upstate New York, with a brief and very influential stint living in Great Britain, Beth A. Freely now calls Texas her home.

With more than 14 years of writing experience as a copywriter, she holds a bachelor’s degree in Journalism and Mass Media Communication with a minor in Marketing and a master’s degree in English and Creative Writing.

In 2003, she published some of her fanfiction online and won awards for her stories. Two years later, she was the first-place winner of the 2005 Arche Books Publishing Novel Writing Contest, Women's Fiction with her novel Behind the Eyes of Dorian Gray.

The Legend of Captain St. Pierre, her second novel, was written with her best friend, Mariam, and is the first book in a planned trilogy.

The Loch is her third novel.

Beyond The Steps of Stone is her fourth novel and won the 2022 SPRING BOOKFEST AWARDS – 1st Place Romance/Science-Fiction and 2nd Place Science-Fiction/Aliens & Alien Invasion.

She loves horseback riding, swimming, reading, and helping other authors hone their craft.

What inspires you to write?
I have been writing since I was 7 years old and figured out how to use my grandmother's typewriter. At that time, my love of a little sci-fi movie called "Star Wars" inspired me to write.

As I got older and was influenced by the world around me, I started to find inspiration in other things, like music, people-watching at the mall, museums, places I visited, and more.

Sometimes I find inspiration in the oddest of places, such as a local bar I used to shoot pool in. One game triggered a scene that I included in "The Loch."

You never know what might spark that creative flame.

If I am under a deadline, or if I'm writing a short story, I will loosely outline my story.

I love making character sketches. I would up making my own character bio sheet from the various ones I had seen online. My characters like to talk and they are very good at telling me all about themselves.

When it comes to the writing itself, I open up a good-fashioned Word document and just start typing. I edit and format the document when I'm finished. It's important to get the story on "paper" first, which is probably why I'm more of a seat-of-the-pants writer. When the story comes to me, get out of my way and let me just get it out before I explode.

For Fiction Writers: Do you listen (or talk to) to your characters?
My characters never shut up. When a new one arrives, they tend to hang back for a little bit and watch what's going on. Then they start talking to me. If they are in a rush, they talk louder than the rest and demand my attention.

Sometimes they just give me tidbits and then wait until I'm able to focus on them. Others demand all the focus on them until they are satisfied with the finished product…even if I'm not ready to pay attention to them.

What advice would you give other writers?
Get your story on paper. Focus on that before you even worry about its publishable, if people will like it, who it is aimed at, etc. Nothing else matters unless the story is there to be read.

Editing and formatting all come later—the story you need to tell matters most.

How did you decide how to publish your books?
In 2005, I won a publishing contract with a small publisher. I was getting published! Woohoo! For 14 years, I worked with that publisher. We had some highs and lows and the two novels that I did publish with them never really took off the way I had hoped.

On December 31, 2019, my publisher closed its doors. The state of publishing had changed considerably over those 14 years. I had to decide whether or not I wanted to pursue another contract with another publisher or self-publish.

For me, self-publishing was the way to go. I was already doing all of my own marketing. I now had access to audiobooks. I could now pick my own covers or have them designed to my specs. And after having some creative differences with an editor that caused one of my books to take 9 years to publish, I decided to never relinquish creative control again.

Does this mean a new author should self-publish right out of the gate? That's up to the author. There are pros and cons to both.

If you go with a publisher, then stick to your guns when they ask you to change your story. It's YOUR story. If they cannot give you a good reason for the change, or if they are looking for some cookie-cutter format, dig your heels in.

What do you think about the future of book publishing?
As someone who has worked with a publisher and now self-publishes, I see the industry moving towards self-publishing. Companies like Draft2Digital and IngramSpark make it easy to do. While they still take a cut (after all, they are the ones pushing books to the markets on our behalf), they handle the financial side of things so we don't have to.

What genres do you write?: Romance, but so much more