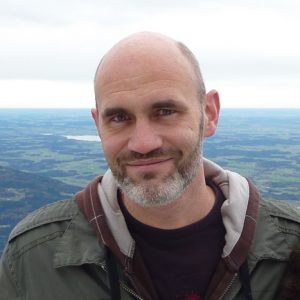 About Bart Cline:
Bart Cline was born in California, USA.

After finishing school he studied film making before abruptly leaving the country to travel. His experiences on the road form the basis for many scenes from his first novel, Wanderlove.

Instead of returning to the USA as he had planned, he stayed in Europe for another year, and then another, before marrying and settling in northern England. Always restless, short careers in publishing, graphics, and IT kept bread on the table.

When his wife passed away due to cancer, he re-thought his life and turned to writing as a career.

Mr Cline has two children and is remarried.

Copout, Mr Cline’s 2013 novel, is a thought-provoking police thriller about a detective who works out the clues to his cases in his dreams.

His newest book, Send Him Victorious, is an amazing epic thriller about what would happen if today’s kings and queens ruled with absolute authority as in the past. How would it affect his or her family, country, and the world? Buy and read to find out!

What inspires you to write?
This doesn’t necessarily work every day, but it is the fact that I have stories to tell, and the hope that others might like to read them. A bit more inspiration comes from the desire to make a living doing what I love. But some days it’s all about discipline, forcing myself to work when I would rather go outside, sleep, shop, read, or play video games. Temptation is always there, and must be resisted!

Tell us about your writing process.
I get up early, between five and six in the morning, and get peripheral things out of the way first. You know the kind of thing – reading my Bible, emails, Facebook, and the hundred other things that get in the way. Then at some point while there’s still a lot of the day left I jump in and work!

The character must also be created before writing begins. Their personalities are partly determined by where I want the story to go. For example, if the story calls for a war to be started you might find you need a hot-headed General to make it happen.

I use Scrivener for Mac to do most of this. I have tried other platforms in the past, and I might try others in the future.

For Fiction Writers: Do you listen (or talk to) to your characters?
I hate to break it to you, but fictional characters ain’t real people. Sorry. I know you didn’t want to hear that.

Having said that, I am the one in charge of the fictional world, so I dictate to them.

The crux of the matter is this. Do you let the characters do, say, go, and think as it would seem that such a person would? To a degree, but even in the real world nobody has total freedom. We are all reined in. The characters are part of the story, and the story comes first.

Write the best you can.

How did you decide how to publish your books?
I self-publish because of the sheer difficulty of getting on an agent’s or publisher’s radar. At least this way I’m in control of the book. But you are in control of my sales, and by extension whether I continue writing and publishing.

What do you think about the future of book publishing?
When you visit a person’s home you look at the bookshelves to get a feel for what kind of a person he is. What if you found no books, just a Kindle? That would be a drag.

What genres do you write?: Thrillers, Crime, Science fiction.