You are here: Home / Interviews With Authors / Interview with Author – Barbara Joe Williams 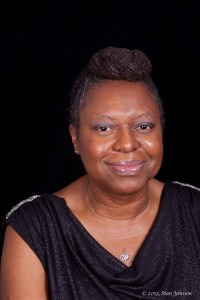 About Barbara Joe Williams:
Barbara Joe Williams is an Amazon bestselling author, indie publisher, and motivational speaker living in Tallahassee, Florida. She is a Navy veteran, a graduate of Tallahassee Community College, and Florida A & M University. Barbara is also the founder of Amani Publishing, LLC (2004), and the co-founder of the Tallahassee Authors Network since September 2008.

Her novel, Forgive Us This Day (Anniversary Edition), was recently reviewed in USA Today by Michelle Monkou. It was a recommended “must-read” romance.

All of her books are available on Kindle and Nook.

What inspires you to write?
I’m inspired to write from experiencing daily life and connecting with my readers. They keep me motivated to keep writing stories that appeal to them.

Tell us about your writing process.
I’m don’t usually work from an outline. After I come up with the main characters, I start writing and let them take me wherever they want to go. At some point, I might stop and jot down some details, but it’s not the same as outlining.

For Fiction Writers: Do you listen (or talk to) to your characters?
Yes, I listen to my character and let them tell the story. That’s why I don’t do outlining anymore.

What advice would you give other writers?
I would advise other writers to just keep writing focusing on your goals. I also think it’s very important to set a deadline for completing your manuscript. Even if you have to extend it or do an early release, it will help keep you focused.

How did you decide how to publish your books?
After trying the traditional route and receiving several rejection letters, I felt it was time to invest in myself. Based upon my research, many of favorite authors started out self-published and that inspired me to give it a try.

What genres do you write?: Romance and women’s fiction