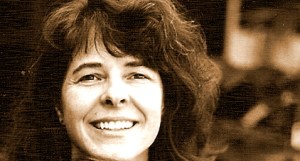 About Barbara Hawkins:
Barbara Hawkins started writing a pseudo-memoir about her time spent in Guatemala during the 1970’s-1980’s civil war. It was too close to her heart, so she had to switch to something she wanted to tell a story about but also felt had a worthwhile message. Her father had always wanted to write a book about the time he’d spent in World War II but died before he could reach that goal. So she thought she’d give it a try.
She knew he was stationed in Sri Lanka, but she didn’t find much to write about there. So she gravitated to what she knew best, engineering and jungles. The story of the all-black construction regiment building Stilwell’s Road grabbed her attention and who could not be mesmerized by American’s first guerrilla supported units: Merrill’s Marauders and the Mars Task Force? Half-way through the book her sister found her dad’s diary from the War. He was actually in the Mars Task Force. The scene with Lt. Jack Knight was taken from his diary and the ending was from a conversation she had with her dad just before he died. Having given a promise to keep his WWII missions a secret for fifty years, it was the only time her father spoke of the War.
Ms. Hawkins holds BS degrees from the University of Minnesota where she studied Botany and Mathematics. She taught mathematics and science in High School until she realized she hated being a disciplinarian. From there she traveled to jungles in Latin America collecting plant specimens for several universities. She also has a MS in Civil Engineering. For the last twenty-five-years she has worked as a professional engineer. Her hobbies vary from cooking and yoga to bicycling and adventure travel.

What inspires you to write?
The characters in the story are what push me forward. I try to include a high adventure plot in an exotic setting to entice readers. But it’s the characters, often real people in history, who shaped world events that I find so much satisfaction in getting to know.

Tell us about your writing process.
I write a book until I’m about half done then go back to the beginning. It isn’t until I’m that far into the book that the characters have evolved and I’ve gotten to know how they’ll react. So I go back to the beginning and make sure that I’ve been consistent in their development and add details to any gaps that I find. Having an idea of where you’re going helps, but I can’t outline a full story, step-by-step, until I’m to the half-way point. Even then the outline is just to make sure each chapter pushes the character arc forward. My character sketches are minimal but if the character is pivotal to the plot, I must know the character well enough (and thus the read must know them as well), to make the leap to the next chapter believable and meaningful. I usually know the end of my story before I begin writing. This is the thread I hold on to throughout.

For Fiction Writers: Do you listen (or talk to) to your characters?
I read the dialog aloud: back and forth. Sometimes it sounds very natural to me until I read it aloud to someone else, then I hear what’s missing or if it doesn’t sound authentic.

What advice would you give other writers?
If you are writing for yourself, then I have no advice. If you are writing with the hopes of cultivating an audience, then I think you need to bone up on marketing strategies. Free books are a dime a million, there are so many free e-books out there.

How did you decide how to publish your books?
Behind the Forgotten Front is a book I wrote for my dad, who had hoped to write it himself but died before he even got started. A WWII book in this century is what most readers want. And the editors told me so. Consequently, since I had a goal to publish, I took it on myself and became and indie author. It takes a lot of time to market your own book, and yes you have control of everything. That also means you are the only one pushing it forward. If you can cultivate a following before it’s time to publish through your web site or social media, I would suggest that.

What do you think about the future of book publishing?
e-publishing will dominate over printed books, but I can’t guess the fate of agents and traditional publishing houses.

What genres do you write?: My first book was historical fiction. I’m currently writing a YA Sci Fi-Fantasy.