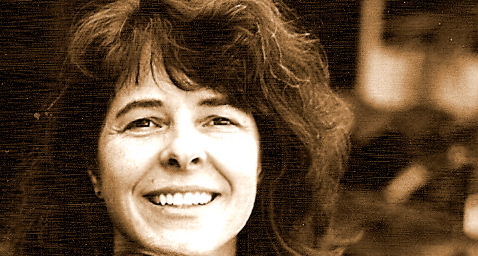 About Barbara Hawkins:
How to tell you about myself without sounding like I’m interviewing for a job? Well, I have an active mind that doesn’t stop when I go to sleep. I’ve been known to sleepwalk out of a hotel room onto the street in my PJs. I was at a party several months ago when someone I hadn’t seen in twenty years remembered me as the woman who had just returned from the jungle with a Botfly larvae in her skull. I’ve been to six continents and dragged my daughter to five of them; Antarctica being one that’s not on my bucket list having grown up in Minnesota. I make it a habit to have fresh flowers in my house. And my favorite job is being a mom, but being an engineer brings home the bacon.

What inspires you to write?
I’ve taken a crack at writing several stories but was ‘inspired’ to write only one, Behind the Forgotten Front. While growing up I remember Ed Pfeifer, a friend of my dad’s from The War, coming to visit and always being shushed away while they relived their previous lives as soldiers. That only made me want to listen more. I come from a family of seven kids and not a lot of money. So when my dad pulled out his purple silk bag from the time he spent in Ceylon during WWII, with trinkets of tiny ivory elephants, rupees, jade, and rubies, my imagination got the better of me and I daydreamed of Siam. Three months before my dad died he told me about his final days in The War and flying into Shanghai for the surrender. My dad was not one to spare the belt and spoil the child but I never saw a man who cried as unashamedly as him at the funeral of a friend. So knowing he hadn’t met one of his life-long goals, to write about the boys who never came home from The War, I decided to pick up the gauntlet for him.

Tell us about your writing process.
Getting into the voice of a character is the biggest challenge for me as a writer. I haven’t perfected a method, but I’ve learned that I don’t know my characters very well until I’m about half-way through the book. So go back to the beginning and rewrite the book to make sure everyone’s personality is reflected from the start. Sure, I could plow on and finish my stories faster is I just kept writing, but my characters would be flat at the start.

For Fiction Writers: Do you listen (or talk to) to your characters?
Sure, I talk with my characters and they talk back to me. Sometimes it sounds stilted, so I have to think about a natural way of putting it.

What advice would you give other writers?
To me it’s more important to get it right than to get it done fast. Don’t be afraid to rewrite anything.

How did you decide how to publish your books?
Stories about WWII are not the biggest fad right now. So I didn’t expect a lot of agents to be interested in my book. But I made a promise to get it published, so I self-published. If you can get an agent, it will save you some headache with the marketing, but I’ve heard they may market your book in the wrong place, so being an Indie publisher allows you to reach out to the right readers.

What do you think about the future of book publishing?
There will end up being two types of books – Indie books for those readers who are adventurous and those published through an established publisher, which will be following the fads.

What genres do you write?: Historical Fiction and YA SciFi/Fantasy