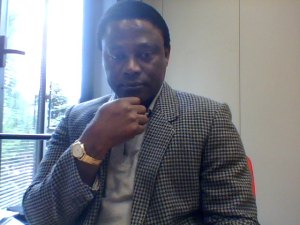 About Augustine Sam:
Augustine Sam is the author of Flashes of Emotion & Take Back the Memory, a contemporary women’s fiction awarded a 5-star seal by Reader’s Favorite. He is a bilingual journalist and an award-winning poet. A member of the U.K. Chartered Institute of Journalists, he was formerly Special Desk editor at THISDAY newspapers, an authoritative third world daily, first published in collaboration with the Financial Times of London. He later became correspondent for central Europe. In 1998, his poem, Anguish & Passion, won the “Editors’ Choice Award” in the North America Open Poetry contest, and was published by the National Library of Poetry, USA, in the anthology, The Sounds of Silence. His poems have also been published in the international anthology: Measures of the Heart.

What inspires you to write?
Since I started writing at a very young age, I’d say that what inspired me to write was my first literature textbook in school, which coincidentally, was a novel set in the port city where I grew up. It was the story of a one-eyed, shabby, old man, who spent his days at the harbor contriving different kinds of mischief that enthralled the local population. I had seen him at the harbor a few times when I was a kid. So, reading about him in the literature textbook, triggered my fascination with storytelling and gave me a whole new insight into how the written word can actually capture reality

Tell us about your writing process.
I usually create my characters in my head and keep them there like premature babies in an incubator until I am ready to bring them to live.

For Fiction Writers: Do you listen (or talk to) to your characters?
Not really

What advice would you give other writers?
Invent your style. Listen to everything but take only what is useful to you. Aim at the sky so you might hit the tallest tree.

How did you decide how to publish your books?
After waiting in vain for literary agents to take a chance on me, I began to search for publishers open to ‘un-agented’ submissions. My debut novel was accepted by one of such publishers, Melange Books LLC and it was a very pleasant experience. My second book was a collection of poetry, a genre non handled by my publisher, so I decided to self-publish rather than wait in vain for the benevolence of a poetry publisher. Experience has taught me that if you do not say ‘here I am’ no one will say ‘ah, there you are.’

What do you think about the future of book publishing?
I think indie publishing will eventually surpass traditional publishing as more and more options are made available to both writers and book lovers. The power of monopoly of traditional publishers over what should be published will eventually be diluted. Readers will decide what they want to read and literary agents and publishers will no longer have the last say in the matter.

What genres do you write?: Women’s fiction, Poetry, Mystery/thriller