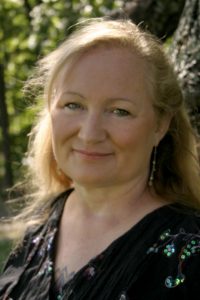 About Ashlyn Chase:
Ashlyn Chase describes herself as an Almond Joy bar. A little nutty, a little flaky, but basically sweet, wanting only to give her readers a little extra entertainment.

She holds a degree in behavioral sciences, worked as a psychiatric RN for 15 years and spent a few more years working for the American Red Cross.

Most authors, whether they know it or not, have a theme—something that unifies their whole booklist. Ashlyn’s identified theme has to do with characters who reinvent themselves. After all, she has reinvented herself many times. Now she is a multi-published, best-selling, award-winning author of humorous paranormal and contemporary romances, represented by the Seymour Agency.

She lives in beautiful New Hampshire with her true-life superhero husband who looks like Hugh Jackman if you squint. She and Mr. Amazing have adopted two wonderful shelter cats.

What inspires you to write?
Like many authors, I can't not write. (Pardon the double negative.) However, I don't wait for inspiration. I have trained myself to sit at the computer every day, and do some kind of writing. It can be editing, or blogging, or whatever, but the habit is important. Now it feels odd if I'm not at my computer by 9 a.m. You could say I'm inspired by the goal.

Tell us about your writing process.
I do plot, but the characters revise everything as we go along. I let them, because their way is always better than what I had originally planned.

I use a 'storyboard.' I have a cork board on the wall in my office, which I've separated into chapters. 3 rows of 6 squares–just like a 3 act play. 6 chapters per act.

I don't do exhaustive character sketches, but I fill out a quick form, which includes the protagonist's names, goals, their weaknesses and strengths. I also choose the inciting incident and try to project a satisfying resolution.

I brainstorm at least 20 scenes before I begin writing a word. That usually winds up being the first 3 chapters. After that my characters and I know each other pretty well, and I try to map out how they'll get from chapter 3 to their happily ever after ending.

For Fiction Writers: Do you listen (or talk to) to your characters?
I must listen to my characters. I've actually had characters 'go on strike' and refuse to cooperate until I let them have their way. One stand-off lasted 3 weeks. Yeah, that sounds pretty crazy, but I've learned to accept it.

What advice would you give other writers?
Keep writing. If the first book doesn't sell, write another, and another. It may be the forth or fifth book that captures attention. Don't. Give. Up.

How did you decide how to publish your books?
I've published every which way. In 2004, my first book came out with a reputable e-publisher. They are still in business today. I learned a lot from them. How to edit, work cooperatively, etc. They paid for covers, editing, formatting, everything. Back then self-publishing was called vanity publishing and was frowned upon. We were told never to pay a penny to make the manuscript become a book…even an ebook.
Then I got a traditional contract and my first book in the Strange Neighbors series came out in 2010. (The beloved characters are still making appearances with several spin-offs.)
Between those years I wrote a number of novellas and was published with the largest epublisher in the world. When they went out of business, I had a choice. I could ask my agent to shop already published stories, or I could learn to put them out there myself. I was glad for the opportunity to rewrite and republish these the way I wanted to. I'm what they call a hybrid now. I publish both traditionally and independently.

What do you think about the future of book publishing?
I'm cautiously optimistic. If self-publishing has taught us anything, it's that authors want more creative control. Publishers are open to new authors and ideas now.
Unfortunately I'm seeing a lot of talented authors giving up because they can't make a living anymore. I hate the whole idea of giving away hard work for free–especially if you paid for an editor, cover artist, and pricey advertising. That's just nuts (in my opinion.) There are so many free books out there, readers never have to buy another book as long as they live, and everyone's sales have suffered since the initial boon. Also, pirates love getting those books and putting them up for thousands to download illegally for months or even years. I use Blasty and the ones pirated the most are the ones that have been offered for free even for only a day or two. Think about it. Don't do it because everyone else is doing it or you think you 'should'. Especially if you're new and don't have a backlist to sell. Yup. I've seen this happening too. It's a waste.

What genres do you write?: Romantic comedy. Paranormal and contemporary, but always romance and always with lots of humor and heat.