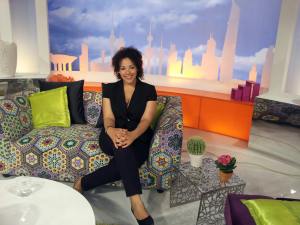 About Ashleigh Bello:
Who am I? I’m a passionate explorer and unrealistic dreamer at best. I was born in Atlanta to the very last of the 80’s and grew up in Missouri. What I’ve learned in my young years is that the real world and the beautiful people in it are magical through and through. I have been labeled a world traveler, an adventurer, and a risk taker, but I’m really just curious… about everything. Currently, I’m a New York City resident, and I couldn’t feel more lost (in a good way of course).

Through all of my adventures, from Uganda to Hong Kong, and everywhere in between, there have been plenty of enchanting surprises. Whether it has been a person who gave me directions when I felt lost or seeing a place that I’ve committed to memory, I realized that there is an incredible amount of good in this world, even if it is sometimes overshadowed by the bad. That’s why Arianna’s story was born… to show that no matter where you’re from, where you go, or where you choose to stay, there really is magic all around. It is a part of this world, of you, and of me, and I intend to persuade this theory on paper as best I can.

What inspires you to write?
My inspiration comes from experience.
The adventures of my past and the dreams of my future.
The mistakes I’ve made versus my good intentions.
The people that I’ve loved and the ones that I’ve lost.
The spectacular places I have seen and the dangerous situations I got mixed up in.
My desperation for a happy ending and my imagination that can’t be contained.
That’s why I write.

Tell us about your writing process.
My stories start out as very dry bullet points, but it helps me outline the essence. Then, I normally write the entirety of the book in what feels like one sitting. Of course, this is a several month process, but it’s all I can think about. The story consumes my life until I type “The End.” I have so much fun with it though! It’s really incredible to see the story and characters come to life at my fingertips. I’ll type at a computer for hours and hours, not even really realizing what all has happened. Then, I get to go back and relive the story as if I’m reading it for the first time. Once the first draft is finished, I basically rewrite the story. I cut a lot out and add a lot in until it’s something readable… enjoyable even. I probably edited my first novel about 20x before it was published. What an addiction!

I also love to read the story out loud. If the words are strung together right, they’ll have a nice ring to it. If not, REWRITE. Overall, my aim is to create stories of fiction that a younger version of me would have kept on my bookshelf next to the Harry Potter books and the overflowing V.C Andrews collection.

For Fiction Writers: Do you listen (or talk to) to your characters?
I’m not insane! I don’t talk to my characters… often. 🙂 But to answer the question, I’m a true listener. The characters really get into my head, and I can’t shut them up! But that’s also how the story gets written. As my characters develop, making good and bad decisions, experiencing love and losses, learning about the world around them, they start to become real in a sense. For instance, as much as I would LOVE if Arianna Belvedor could just stop being impulsive, that’s not who she is. Most of the time she just doesn’t think before she acts. It wouldn’t be doing her character justice if suddenly she started making thoughtful and informed decisions. As much as I would love to write her out of all the trouble she gets in to, it wouldn’t be fitting. She’ll carve her own path in life, grow in the direction she’s meant to, and hopefully not make the same mistakes twice. But we can only hope.

What advice would you give other writers?
When I first started writing, my biggest challenge was how the story should start. Even when I had my first draft finished, I didn’t feel the first chapter was good at all. It was an information dump, and it sucked! So, I did a lot of research online to understand the art behind writing a good intro. The best advice I found was “Start at the very beginning.” Is that too vague? For me, it hit the nail on the head! Instead of starting with a splurge of definitions and descriptions about the damaged world, the evil king, and the struggling girl, I literally started at the beginning of a day. Arianna wakes up and does her morning routine. Sounds boring and plain, but sometimes simple is the best way to go. I just followed her, step by step, through her daily rituals. The story quickly evolved, flowing smoothly from the very beginning to the very end. Coincidentally, Chapter 1 is one of my favorites 🙂

Another tidbit for my fellow writers… it can be hard to see your writing clearly after becoming so close with it. I suggest taking a step back, putting it away for a few months. Come back to it later with fresh eyes and a rested mind. It’s amazing what a little break can do!

How did you decide how to publish your books?
Like many authors, the idea of getting a contract with a traditional publisher was my ultimate goal. After I deemed my story ready (though it was far from it at the time), I submitted it to many publishers, both large and small. Most rejected, but one accepted. I was skeptical at first as it was a very small publisher, but then I did my homework and decided that this was the best option I had. I signed my rights away, and I was ecstatic about the opportunity. After months of waiting, one day I received a message saying that my story had been approved for publishing. Yes! Next step is the cover, and then an actual book… My book! It was all so surreal and short lived.

More waiting and waiting, and then terrible news. Just before my book was to be published, the company had decided to shut down and revert all rights back to its authors. I was crushed at first, but I grew to see this as a blessing in disguise. Suddenly, I held the power to every aspect of my book, a now professionally edited manuscript. Unfortunately, the cover they sent and even the manuscript that had been approved were not at all to my standards, so I researched. I learned all about self-publishing and took the future of Arianna back into my own hands. I designed the layout, I commissioned a freelancer for my cover, and I quadruple checked the content for grammar and consistency errors. Yes, I experienced the momentary glory of being a traditionally published author, and though it was snatched away, I’m glad for it. My novel is exactly what I had always dreamed it would be, and I get to take all of the credit… my vision complete 🙂

What do you think about the future of book publishing?
I think that it’s ever-changing and for the better. With options like self-publishing and ebooks so prevalent now, authors will have to work doubly hard to be noticed. At the same time, we have more opportunities to reach and target the audiences that we think our stories will be of impact. It doesn’t matter if you’re published through Penguin or you self-published through CreateSpace, every author will need to make waves if they don’t want to buried on the bookshelves and forgotten. But that doesn’t mean books are a thing of the past. It means they are paving the future faster than we can keep up with, and I’m excited to be a part of that change.

What genres do you write?: Young Adult Fantasy