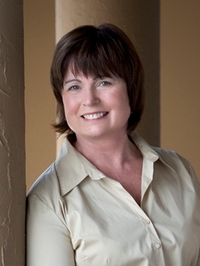 About Ann Lethbridge:
An army brat born in England, Ann lived all over the UK in her youth. She grew up loving history, but majored in business, with history on the side. Now living in Canada, she has a husband and two lovely daughters and a Maltese Terrier called Teaser, who likes to sit on a chair beside the computer while she creates her award winning Regency historical Romances.

During her successful career as an administrator, the call of the past and the stories in her imagination brought her to a fork in the road. After her first book was published in 2006, she decided to write full time and hasn’t looked back. She has given talks on the various aspects of publishing as well as workshops on the craft of writing. She blogs regularly about her research on her Regency Ramble Blog.

Over the years several of her books have won awards including an honorable mention by Foreword Magazine. She is particularly proud of her 2009 win of the Daphne DuMaurier Award for Excellence in Mystery/Suspense for The Rake’s Inherited Courtesan. Recently She finaled in the Booksellers Best and the Golden Quill.

She loves the Georgian era, and within that, the period known as the long Regency. She also adores happy endings. You will find her print books in bookstores in the month of issue, as well as on line where you will also find her e-books.

What inspires you to write?
I always have lots of characters who pop up in my head saying “pick me, pick me”, but it is usually a scene, something with lots of conflict, that gets me started on a particular story. The scene will either fit one of those characters, or it will be someone completely new who fills the role of hero or heroine.

Although I write historicals, sometimes it is an incident in the newspapers that inspires me. After all, while fashions change, as do modes of transport and forms of communication, human nature seems to stay very much the same. It might be a fairy tale such as Cinderella that inspires me, or it might be a documentary on television. Sometimes there are too many all at once, so I write up a little blurb and file it away, hoping I can make sense of my notes when I look at them later.

I can’t not write. I might miss a day here or there, but I really need to get those voices out of my head and onto the page.

Tell us about your writing process.
I am a pantser. I like the story to grow organically. I took a course on plotting and plotted out an amazing story set in the future. I knew the beginning and the ending and the twists of the plot. I knew my characters inside out.

I never wrote the book.

My muse said, it is done and I am bored so let’s start something new, please. Really.

I decided then and there never to plot again. However I have taken several workshops on plotting and I use what I have learned to test my story as I go along. I usually stop at around twenty-thousand words and make sure I know what my characters want and why they want it, and figure out their biggest fear and then go back and tweak the earlier chapters. This makes sure that the story makes sense and is consistent. In the past I threw out a great many scenes that didn’t work, but this new method helps make sure I am on track allowing me to write a bit faster.

For Fiction Writers: Do you listen (or talk to) to your characters?
Scenes tend to play out in my head like movies, so I am in some ways a voyeur, listening in on conversations while also knowing what is going on in their heads. Once I understand my characters, I know how they should be reacting to what another character is saying or doing. I may occasionally chat with a character if they are stubborn and giving me a hard time.

What advice would you give other writers?
I usually advise writing lots, reading lots and going to writing workshops to learn the craft of fiction writing. If the first book doesn’t take, then after polishing the book as much as possible, write another.

I have found that some writers never get past the first book, spending time revising and editing the same story, sometimes for years, because they are in love with it. My personal opinion is that it is better to write another book while waiting for the first one to click. Rinse and repeat.

I had six stories finished before I sold the seventh. All but the very first of those six have now been published.

How did you decide how to publish your books?
When I started writing, self-publishing was not the option it is today. I sent out all of my books, Regency-set historical romances, except the first, to both agents and editors and managed to attract the notice of my agent with one of them.

He sold that book to a small house, the second to a medium size house, and then we sold one of the earlier books to Harlequin who have now published 26 of my stories. I love working with a publisher and particularly the team at Harlequin.

This year I self-published a story that does not fit within their imprints, a vampire story set in the Regency, which is turning into a series, the second one will be out in 2016. I have enjoyed the experience and learned a great deal.
I now have the rights back to some of my earlier books and will be self-publishing them at some time in the future.

I certainly hope to continue publishing with Harlequin. At the moment I have five books left to complete in a seven book contract.

What do you think about the future of book publishing?
Humans love stories, writers love creating stories, and there will always be a way for the two to meet, be it over a camp fire, in a library, or electronically. This I know.

Yay for stories! No matter the delivery system.