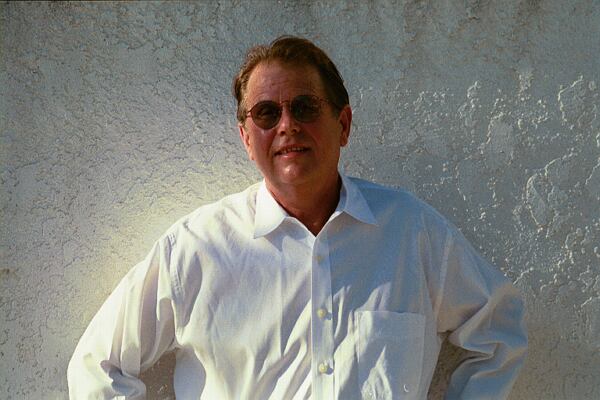 About Angus Kennedy:
About the Author

This is one of the best books I have seen in ten year.
Jay Garon

John Grisham’s agent, the one who discovered him, said that about the Trillion Dollar Man action adventure series.

Mr. Garon was one of the greatest agents who ever lived, and he really understood what I was trying to do. We all feel so hand-tied when it comes to all the wrongs in the world, and we need more and more people like the comic book heroes who illustrate what it is to stop evil.

My goal was to produce a Maid Marion and Robin type pair for the 21st Centuries who took on the very slimy types that commit horror every day. In ‘A Trillion Dollar Man’ Billy and Jenny take on the most insidious animal parts smuggler on the planet: ivory, tiger and bear parts and so forth.

I wanted the ordinary person to be grabbed by the book as well as people who love animals and are very concerned about their welfare. So I used very fast action like ‘The Bourne Identity,’ a very believable love interest, and real facts like poaching Smoky the Bear in our National Parks to develop a smooth read.

The 2nd book is ‘Angels Gate’ and it is being edited for release. The bad guys are dumping toxic soil in the Pacific offshore from Huntington beach.

The 3rd book ‘On the Wings of a Dove’ is about the international trade in selling children into slavery—the protagonists really come through.

With his sizzling new thriller suspense novel, A Trillion Dollar Man, Angus Kennedy has rolled out THE TRILLION DOLLAR MAN SERIES. These books bring it all back home: from Mystery to Thriller & Suspense, Political, Espionage the layers of genre fiction smooth together to produce a new type of Literature & Fiction, a new type of book for the 21st Century.

Angus Kennedy is published in New York with a major house as a non-fiction author and has his literary fiction with Amazon under the pen names Terry Kennedy & T.D. Kennedy.

His goal is always to give the reader solid, feet-on-ground writing that fulfills the book buyer’s quest: a great new literary fiction body built with action adventure structure.

Angus Kennedy is launching the Trillion Dollar Man series with Amazon to call attention to heavy-hitter social events that effect all of us. The elements in the book are all fresh and exciting.

What inspires you to write?
I think my case may be the same with many authors, musicians, organic farmers, graphic artists and so forth—not knowing where the inspiration came from, simply that it is there and doing the work is a MUST, not a decision.

Along the writing path, many, many people have heaped on inspiration: my mom and dad, my daughter, sweethearts, friends, mother nature, the great musicians and on and on and on.

Tell us about your writing process.
Stories overwhelm me continually, and they have since I was a child when I told them to people.

The process is still the same—they simply pop up from nowhere: the shower, walking on the beach in a big squall in winter, swarming along with the crowd in a shopping center, spacing out at a party. Those pop-ups are endless.

Some times I jot them down in a word file with a title. I never outline because the stories just take over and unfold without coaching. In later drafts, I sometimes do a beat outline to keep things tight and moving, but mostly in the wonderful process of rewriting things get thicker and thicker.

I work on a lot of pieces all at the same time so I can put them away for a while and come back fresh. This makes them more dynamic and completely assassinates writer’s block.

For Fiction Writers: Do you listen (or talk to) to your characters?
Stories are extremely visual in my mind’s eye. I see what is happening in every seen like watching a movie.

For dialogue I hear the people talking with one another, and sometimes will say the lines aloud to feel them.

What advice would you give other writers?
I don’t see how it would be possible to stay with it if you were not infected with the virus.

Writing is definitely a viral spillway; it must keep growing exponentially and then spewing out to the world.

Any real writer will FEEL this with every fiber of their being and be driven to take care of the itch.

How did you decide how to publish your books?
I have published in NY in the major league, and was totally stunned when I discovered that I was expected to foot the marketing bill after being beat up so thoroughly by the sales bent of the editorial meetings.

Not putting anyone down here—NY has a system and it works for them. And, there are wonderful people in the system. My first editor was and angel—I was so tickled to actually be writing in the majors that I hedged a bit hiding a truth from her. I am a hapless speller—I can do the same word 5 different ways on the same page. When I sheepishly called to confess, she roared with laughter. “That’s a sign of how very creative you are! I can go down in Penn Station and find 20 people in 10 minutes who can spell better than a spell checker, but to find a real writer—well, that’s a whole other story.

But the NY paradigm couldn’t provide me with liberation—those damned editorial meetings were always there, the mind wanted to be free range. AND, the author ended up footing the marketing bill unless they already had a huge brand.

What do you think about the future of book publishing?
A big slush of things just like the human circus always puts itself together.

What genres do you write?: action/adventure, mainstream literary, non-fiction