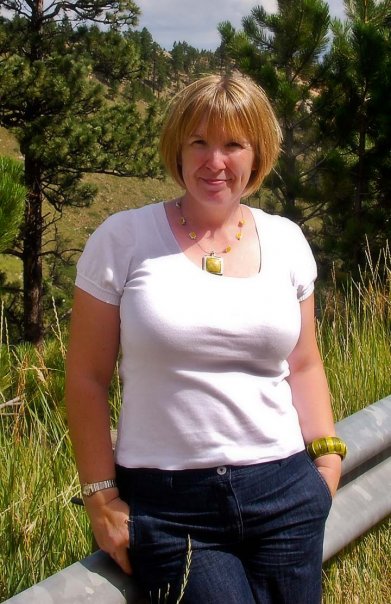 About Angela Stevens:
Angela Stevens is the author of the contemporary adult romance novels Lemon Drops and Love and Ice Cold Mint Juleps. She also writes YA fantasies and Children’s books under the pen name of A.D. Stevens
Angela is British born but moved to the United States a decade ago. Always a keen traveler, she has enjoyed spending time living outside of her native country. She is an ex-teacher and the mother of two children. When empty nest syndrome threatened, Angela turned to writing novels to fill her growing free time. As her hobby grew she found storytelling began to fill her waking hours.

Her debut novel, Lemon Drops and Love grew out of her voracious appetite for reading. After one particularly momentous year, where she consumed over one hundred paper backs, Angela Stevens decided to attempt her own. The story is set in her local town and the setting for her love story was partly inspired by her passion for ice hockey. “I discovered ice hockey when I first moved to America. We went first to see an Anaheim Ducks game when I was visiting L.A. We all loved it so much when we came home we went to watch our local team. Now I’m a rabid Washington Capitals fan, and can often be found ‘rocking the red’ at the Verizon center supporting the Washington Capitals.”

In Angela’s stories, you will always find a hero to fall in love with and a heroine who will be worthy of his love. Her characters are three dimensional and down to earth. She writes with a strong voice and in a gritty style weaving tension and suspense throughout her narrative. Her characters come to life and whisk you away, whether into a romantic or fantasy setting. Which ever you chose, be prepared to laugh out loud, cry and fall in love.

Angela began her writing career on wattpad.com and she highly recommends it for anyone beginning writing or for someone wanting to get their stories out there. Part writing site and part social media the website has been the driving force in getting her work published. “The community over there [wattpad] is amazingly supportive. It allows writers to experiment and show their works to a huge range of readers. It also encourages a lot of writers to mentor each other. I was lucky enough to come across some exceptional writers who took the time to critique my work and pass on advice. On the social side, I have met the most wonderful people and have formed some long term friendships with authors across the world.”

Making connections in any industry is important but connecting with your peers in the writing field is doubly important. “Without making connections with other authors I would never have been able to release my book. The whole process is totally daunting and there are so many elements to it. Over the last few years, I have made connections which cross over into firm friendships and together we form a little community that provides each other with experience, expertise, technical knowledge, therapy, and a whole host of support.”

What inspires you to write?
I came to writing very late in life. I’d always been an avid reader and during one of my more intensive bouts of reading I woke up one day with this idea in my head. The first story I wrote was a full length contemporary romance and really I did it just to see if I could. 135K later I realized that maybe I could.

Tell us about your writing process.
I started out as a panther but now I am a combination. In my fantasy stories I have to outline. I do a detailed plan based on the ‘Save The Cat’ 15 steps. I then outline each chapter from there. However in my contemporary romance I am less so. I have a basic direction- a rough idea of what issue I am covering but then it becomes a true panther situation. My romances are very much character driven and they certainly take over leading me through my stories.

For Fiction Writers: Do you listen (or talk to) to your characters?
My characters rule the roost. They are bossy and I can’t make them tow the line unless they want to. I don’t so much talk to them, but they do take over my dreams and they steer the fingers across the keyboard. Their voices are loud and definite in my writing. recently I had two characters in my romance that refused to get it together. Even by the last chapter I was unsure if I’d ever get them to the happy ever after.

What advice would you give other writers?
Harden up and open yourself up to criticism and critique. The sooner you get used to it the better. When you listen to others opinions about your work you will improve. if you either think you know it all, or take criticism personally your work won’t ever move forward. Listen, pull apart what is said, look at it objectively and make progress.

How did you decide how to publish your books?
I decided to Indie publish mainly because the whole process of trying to find a publisher and or agent terrified me more than doing it myself. When I came to publish my second novel I was convinced this was the better route for me personally because I enjoyed all the different elements of self publishing. It is quite the learning curve and I’m enjoying moving through it.

What do you think about the future of book publishing?
I think it is very much in a state of flux at the moment. We are seeing such huge swings towards ebooks and self publishing and I think that will continue. I see traditional publishers needing to adapt or die. I also see Indie authors gaining much more respect in the future.

What genres do you write?: new Adult Urban Fantasy and Adult steamy Contemporary Romance. I also have a children’s fantasy to be published soon.