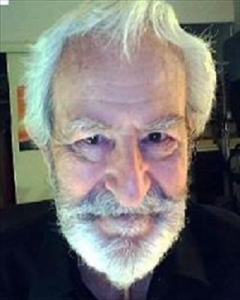 About Andy Halmay:
This is an update 5 years after my previous bio. I've happily and unhappily lost 35 pounds since then – probably due to Celiac disease which, in my case, is not painful or inconvenient except for one thing – I must eat gluten free and I discovered I LOVED GLUTEN. I adored it. I miss it with passion. I dream of gulping down whole loaves of Italian Ciabatta or Jewish Rye or Challah or Austrian Sachertorte but my damned discipline won't let me. In this period I've added several titles – now have 12 on Amazon & Kobo. Also, in this short period I lost many friends and acquaintances. When the departed were older than I, then I accept it with sadness but when they are younger than I, it really bothers me. Leslie Nielsen, with whom I had done my first network radio drama, succumbed to cancer. Monty Hall, more recently, was really the last of my early showbiz buddies. A talent agent had persuaded me to return to performing after years of hiatus. It's fun and while nowhere near as financially rewarding as it was a few decades ago, compared to return on time investment in writing the return in performing is humongous. Also since we have the web I get access to my performing efforts. One of my commercials (as a pirate for JewelR.com) picked up over 1.3 million hits. A filmed documentary I hosted on the HMCS Magnificent Air Craft Carrier in 1954 cropped up on Youtube, has now picked up more viewers on the web than it did on TV originally, and keeps growing its audience. Also in this period I've started writing songs again and recording as "Ol' Mack, the Mountain Man" with an album planned for down the road. Also I've grown a beard as you'll see in the new photo but the main thing is – I'm still around – will be 91 in September – as a dual citizen stay very active in the turbulent politics of my two countries and will bring my pitchfork and torch if it all comes to a Civil War.

What inspires you to write?
Inspiration more often will lead to music composition – writing seems to come from compulsion. Ideas that pop out of nowhere provide inspiration. Back in L.A. I once had a call from an English/Jewish gal who does a lot of work for BBC. In mid-life it seems she became religious, found a synagogue started reading religious texts, offered her services, followed her Rabbi around – so goes on such "kicks" and tends to go overboard. Since I'd had years in advertising and marketing she called me to get ideas on how to interest youngsters to come to the synagogue, something like we had in my youth, called Sunday School. Without any thought I said, "Create a comic book, a Jewish action hero, and give away copies when they attend." Then without more thought, I added, "Create Captain Schlemiel, a screw-up character who gets imbued with super powers but continues to get confused, trip, fall, break things, eff up -a comic action hero." As soon as I said that, I became interested in the idea as if a stranger had given it to me. And I started sketching a costume for Captain Schlemiel. She continued prattling on the phone but I was fully focused on this new idea. The captain will become a film instead of a comic book.

Tell us about your writing process.
I have no formal routine. The keyboard is my lifeline. First thing out of bed I come to the PC to check for mail, Casting Workbook, Twitter – seldom check Facebook – really find it annoying – I'll take short breaks to eat or go to the bathroom or do a laundry or run out for appointments. When writing a book or screenplay I'm so absorbed with the idea and characters that I'm really oblivious to all else – so if I have a process I'm not aware of it. I might have outlined some stuff -I don't know what a whiteboard is and if there is software to aid the writing process, I'm not interested in learning about it. Years ago I collaborated on a script and concluded I don't make a good collaborator. We discuss characters and plot and I'll get an idea and rush off and bang it all out on my own, leaving the collaborated frustrated and a bit ticked off.

For Fiction Writers: Do you listen (or talk to) to your characters?
Oh, yes. I talk to them and they talk to me. I usually love all of them, even the bastards. This is a kind of private thing. Like, I wouldn't give you details of what we did on our honeymoon. You're on your own here.

What advice would you give other writers?
Many years ago in theater, I told a fellow thespian about a radio musical I had written and sang him some of the songs. He loved it all and gushed, "I find this fascinating. I think I should like to become a writer. How do you go about it?" I suppressed a laugh over his choice of words, his enthusiasm and his slight British accent. I asked, "Can you type?" He said, "No." I said, that's a good place to start. Learn to type because later when your mind gets into high gear, long hand will be a bother.
As for the rest, nobody can teach you to write. Read a lot and decide on what you like. Then sit down with a basket under your desk and lots of blank paper." (The electric typewriter had yet to be invented and we were decades away from word processors.) I continued, "The put your ideas on paper and read what you've written. If it doesn't read well, throw it in the waste basket and start again. If you like what you've written, go to the next page, on and on, like that." Some 17 years later, this lad had become a hot sitcom writer in Hollywood and I wrote to him asking for an autographed picture of one of the stars in one of his show for my teen daughter who had a crush on the kid. I added, "I note you took my advice and learned to type. He sent me the photo and addd, "No, I never bothered to learn to type. I can always get a flunkie to do my typing for me. That was Bernie Slade who later wrote one of Broadway's finest comedies – Same Time Next Year.

How did you decide how to publish your books?
That was easy. The economics and a chance to avoid contact with idiot agents and publishers. I'm sure there are brilliant and wonderful agents and publishers in the industry but I hadn't met them. To have full control,even on the covers, was enormously appealing. Now I'm more experienced and must include words of caution. Effective promotion is a must and most self-published authors are not very good at or nor have the time. Having a good publisher would be a godsend. Also, a good agent would be a blessing. In some cases, self-publishing can lead to getting an agent and publisher.

What do you think about the future of book publishing?
To be honest, I'm not too excited about book publishing these days. The ebook seems to have created more writers and books than the world needs or can absorb which makes it difficult for even the best quality to find its market. The cyberworld seems to change rapidly. What works today may not work tomorrow. I had been told that a certain review service would move tons of books. They charged $450 for a review and played it honest. If your effort sucked, you'd get a lousy review but could ask it not be published. If you got a good review it would soar in sales. Well I submitted a new memoir with a very commercial, provocative title: MY HILARIOUS SEX LIFE. I got an excellent review. A writer friend said she'd give her right arm for that kind of review. The book didn't get a single sale. I checked around and other had the same experience while a year earlier, that kind of review would have sold tons of books.