You are here: Home / Interviews With Authors / Interview with Author – Andrew Jonathan Fine 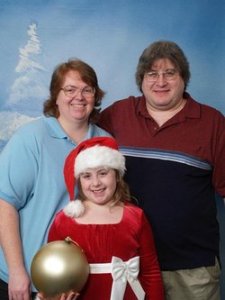 About Andrew Jonathan Fine:
Andrew Jonathan Fine (1962 – ) was born in Haddon Heights, New Jersey, to a Conservative Jewish family. He started high school at 12, eventually graduating with a bachelor in electrical engineering and a master in computer science by the age of 23.

He married twice, the first time at the age of 27, and the second time at 40. During his late childhood to teen years his family fell apart due to both his parents being mentally ill, and to the illness and old age of his grandparents.

He is now a “retired mad scientist”, having worked as an embedded systems and applications software engineer for 15 years, but now having had to retire for health reasons.

But don’t feel too sorry for him! He and his current wife, Anna, in 2003 welcomed into the world their very beautiful and very bright little girl, Akira. They live in the Silver Valley of Northern Idaho, a wonderful place where Anna grew up and now shares with him, where he is finally happy.

He enjoys creating silver jewelry as a hobby in the summer, and sometimes indulges in creative writing indoors during the harsh Idaho winters.

His debut novel, “Alouette’s Song”, came together from scattered notes based on his experiences from the Jewish culture, his engineering background, and his abiding enjoyment of science fiction of various kinds, especially anime.

He looks to Piers Anthony and Catherine Asaro as his guides for writing.

What inspires you to write?
In short, my desire to leave a legacy regarding the full life I’ve been able to live regardless of having autism. I’m no longer able to obtain employment, but as long as I don’t ask for too much my disability income already covers all the basics. This allows me the time to do important things like love my wife, raise (and love) my daughter, and try my hand at creating various types of art, like writing (among other things like silversmithing, jewelry making, and cooking).

Tell us about your writing process.
I have a mix of techniques which seem to work together successfully.

1) I find revision control to be vital. This eliminates the need for me to create an outline. Basically when I add something major I create a copy and work on the copy. That way I can go back to a prior version if I mess up on my premises or imagery. It’s something I learned from software design and technical writing where I routinely use revision control software tools. What I do is imagine key scenes and write them down in approximate order as I imagine them. Then as bridges I imagine either narratives or other scenes to justify the ones immediately after them.

2) When I asked Piers Anthony for advice on how to write if I petered out after ten pages, he suggested I write ten page chapters. This combined with a technique by David Brin (Startide Rising) regarding the use of first person character narrators, works extremely well, because there’s only so much a character CAN say before your chapter must end. Then I have each character take up the thread where the previous one leaves off. It’s extremely effective.

3) I design my characters but I let the design evolve as the story gets more complex. In college I played a lot of AD&D (Advanced Dungeons and Dragons) and it seems that designing interactive story scenarios is as valid a way of writing as any. I usually keep the character sketches in my head, but I write down the character attributes (Strength, Intelligence, Wisdom, Dexterity, Constitution, Charisma, Comeliness) on a scale of 1 to 18 (and sometimes 25) where 10 is average to give me a basic idea of what a character can and can’t do in any given situation I want to write down, and who might win in a conflict. It serves as a reality check, either overruling what I want to do or demanding justification which I must further write about. For example, one of my characters, “Dotty”, has 14 Strength from being a range hand, 16 Intelligence from being a violin prodigy, 16 Wisdom from intensive faith, 14 Charisma for leadership skills, 18 Dexterity also due to being a violin prodigy, 12 Constitution for being an average sized female in very good shape, and 21 Comeliness mostly as gag and as a curse – if she’s not careful drivers will watch her walking on the sidewalk rather than keeping their eyes on the road and might event plow into a fire hydrant! This leads to “Dotty’s” main desire in life to find a man who isn’t so overwhelmed by her beauty and is ready to appreciate her for her other qualities. So a lot can follow about a character just by deciding your character attributes first.

For Fiction Writers: Do you listen (or talk to) to your characters?
I imagine my characters as “actors” on a set where I’m the director. When I try to imagine a scene for feasibility, I signal “action” and try to let the scene play itself out. If something stupid happens, or one of the characters complains about his or her lines, it’s “CUT!”, and I modify the script until the scene concludes sensibly. Then I write it down for later use, depositing it somewhere in the story approximately where I want it.

What advice would you give other writers?
BE REAL. Try to imagine yourself in the character’s shoes when you inflict a stressful or cathartic condition upon that poor person. The results might actually be good writing. DO YOUR RESEARCH. Decide whether you want hard science, soft science, or no science and then stay consistent. The same goes with any other human endeavor, like architecture or painting or praying or even sex. You’re limited in expression by what you’ve already experienced. Don’t even think of trying to express something you haven’t. It will come across as false to the reader.

How did you decide how to publish your books?
I self-publish, but my reasoning is a special case. As someone having autism I’ve been treated very badly and even taken advantage of by other people during my career, so I’ve learned not to trust people in business situations. I don’t trust publishing companies because I don’t trust people and I won’t place myself in a deadline contractual obligation. Being self-published is easier for me because then I can write without pressure. Of course, I might not see a dime, but my purpose for writing is also a special case… it’s a hobby and an art to me, and my only ambition is to have my work seen and enjoyed, not to earn a living off of it. Of course, if I don’t assign a price to a book people might be suspicious of that and refuse to buy it on the perception that anything free is worthless. So with self-publishing I can be flexible with the price I set and adjust it to my potential audience.

What do you think about the future of book publishing?
It’s an inevitable race to the bottom because of increased mechanization of information exchange and also because of Gresham’s law. I predict by the end of my lifetime (20 years), that people will be paid to write fiction as a form of advertising rather than as books, and it will be prolefeed rather than have any deep meaning.

What do you use?: Beta Readers, Professional Cover Designer