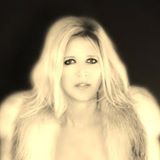 About Americus Dotter:
I was raised in Boise, Idaho in a very loving and stable home life for the greater portion of my life. Pursuing an education took me to three different Idaho universities. Eventually I married and had a child, one of three now. I was so excited to be a mother and I could not imagine not being able to have a baby so I went into infertility as an egg donor for a number of years. I traveled a lot for this and eventually landed in the Portland, Oregon area because of a job that my husband was promoted to but currently I live in Idaho again. “Soul Sale” takes place during our time in the Portland area.

What inspires you to write?
Writing “Soul Sale” was a very lonely experience. I was experiencing something that no one else could see, hear, or feel. Plenty of people were telling me what was wrong with me but no one really understood until I released the book which I did not do for a couple of years after the events took place. The book began as a journal. I really did not know I was a writer. I have heard of writers disappearing into their work before…? I just did not expect it tom happen to me but “Soul Sale” was written as it happened. It is not a reflective story.
“Soul Sale” is a true story that began when I purchased a vehicle off Craigslist that unknown to me had been used in a shooting where a firefighter was the victim. I had just had a baby and became a suspect in the crime because the key piece of evidence (the car) was parked in my driveway. I could not handle the stress and began to journal at the advice of my father who is a judge and saw that this had the potential to go very wrong. That advice is some of the best I have ever received.

Tell us about your writing process.
This book was written primarily late at night while I was suffering from insomnia, paranoia and eventually full-blown “psychosis” as the result of post-partum depression.

What advice would you give other writers?
Stick with it. You will be very surprised who supports you and who doesn’t. Join a good author’s group and be prepared to have to represent your story publicly.

How did you decide how to publish your books?
I would advise anyone who is writing a book to explore all aspects of book publishing and promotion. it doesn’t hurt to know what to expect when you self-publish. Find yourself an accountability partner and set some goals. It is possible to self-publish and get your book noticed, it just takes time, effort and patience, it is rarely an immediate way to success. Start building your audience early with a website and blog. Set up the social media accounts and learn how to engage people in conversations. Even if you are published with big name publishers they are still going to expect you to have a social media presence.

What do you think about the future of book publishing?
The future of book publishing is in the hands of the masses of people that can take on the aspects of DIY for publishing and promotion. Social media networks and virtual book tours are easy to organize. The sky is the limit for those who can teach themselves or hire someone to do it for them. For me hese handy tools has been very good for local authors in my area and first-time authors. Facebook has been very good for promoting and gaining readership. I sold over 700 copies locally the first 10 months of my initial release.

What genres do you write?: true to life stories