You are here: Home / Interviews With Authors / Interview with Author – Alexes Razevich @lxsraz 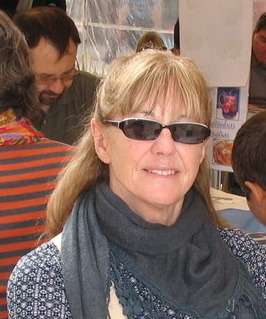 Author Bio:
Alexes Razevich was born in New York and grew up in Orange County, California. She attended California State University San Francisco where she earned a degree in Creative Writing. After a successful career on the fringe of the electronics industry, including stints as Director of Marketing for a major trade show management company and as an editor for Electronic Engineering Times, she returned to her first love–fiction. She lives in Southern California with her husband. When she isn’t writing, she enjoys playing hockey and travel.

What inspires you to write?
When I was very young, I’d make up bedtime tales for my little sister. Writing down stories grew naturally from there. It’s always been about the character first for me–what makes people (or, in my case sometimes, aliens) do what they do? How much is driven by innate personality, how much by circumstance and past experience? Black and white characters bore me. Give me a character filled with shades of gray, blue, purple, green, and magenta, and I’m a happy writer.

Tell us about your writing process.
Once a character shows up and wants his or her story told, I like to know his or her background. I hand-write character sketches and sometimes draw the characters. I like to have some idea of where a story is going, so I do loose, mostly handwritten but also typed outlines. If the story starts to veer in another direction, I’ll do a new outline, revising as I go along. I don’t mind starting out for Pittsburgh and winding up in Miami, but I like to know why we’ve headed to Florida instead of Pennsylvania.

For Fiction Writers: Do you listen (or talk to) to your characters?
I have no choice but to listen to my characters, since they adamantly refuse to do anything other than what they want–no matter what I say. The first novel I wrote, a sword and sorcery epic now lost forever, I wanted the MC to be held prisoner in a cave. He simply would not go into that cave, no matter what I did. Turned out he was claustrophobic, which was a total surprise to me. In my first published novel, the title character, Khe, spends time in a cave–and didn’t bother her at all. The characters know themselves and know their stories. As writers, we set those stories down for others to read.

What advice would you give other writers?
Read and write. Write and read. Find really good (and slightly mean) critique partners and editors and listen to what they have to say. Don’t rush it.

How did you decide how to publish your books?
I wound up self-publishing after getting tired of my books being refused by traditional publishers because they didn’t fit the publisher’s tight marketing niches–was it science fiction, or fantasy? For them, it couldn’t be both. Happily, readers don’t seem to have any problems at all with genre mash-ups.

What do you think about the future of book publishing?
The future of book publishing looks bright to me. I love the indie revolution, the idea that anyone can publish a book whether the goal is to have a few copies of a family history available, to write and publish the one book that’s been in the writer’s mind for years, or to launch a career as an author. In the 18 months or so since I published my first book and plunged headlong into the indie world, I’ve noticed a marked improvement in the quality of what’s being offered. More and more authors are using professional editors and cover designers. More and more formerly traditionally published authors are going independent. My hope is that soon indie authors will be as respected and accepted as indie filmmakers and indie musicians.

What genres do you write?
science fiction, fantasy, thriller, metaphysical