You are here: Home / Bargains and Freebies / Bargain Books Under $3 / I’m in Heaven by Terry Ravenscroft

I’m in Heaven is about a man who doesn’t believe in God who dies and goes to heaven. However the heaven depicted in I’m in Heaven is far from being most people’s vision of heaven – all sweetness and light and lazing about on a white cloud with angels playing harps – but something far, far different. Oh, and the Beatles are there. All of them, not just John and George. And Sir Michael Caine too. And Robert de Niro. And Jehovah’s Witnesses don’t like it at all.

Some Amazon Customer Reviewers have given I’m in Heaven 5 Stars, which you can read below. However what follows is a 3 Star review, would you believe.

M. G. Chisholm “chiefengineer3”
I’ve read four of his books now and they all have some excruciatingly funny observations on modern life – particularly his latest Stairlift to Heaven, possibly the funniest thing I’ve ever read. However this book has a more serious edge to it. Certainly it’s a funny book and highly enjoyable, but there is a definite point and direction this is going and it’s squarely aimed at anyone who has extreme views or is a bit PC. Now the two may seem mutually dissimilar but if you ever as a middle aged bloke find yourself in the local with your mates venting your spleen as the state of the UK, then pick up a Terry Ravenscroft book because he does it better than you and much funnier. He’s also unique amongst humorists today in that I think he may not me a huge fan of our recent Labour government so be warned. So we have a main character that dies early and ends up in heaven with all his shattered dreams answered. There of course has to be a downside to follow and it does – all done with some biting wit and observation. I won’t spoil it but it satire if the first order. I didn’t give it five stars simply because there are other books that Terry Ravenscroft has recently put out that are so damn funny nothing comes close. Compared to pretty much anyone else in the humorist’s genre he beats them into a cocked hat. 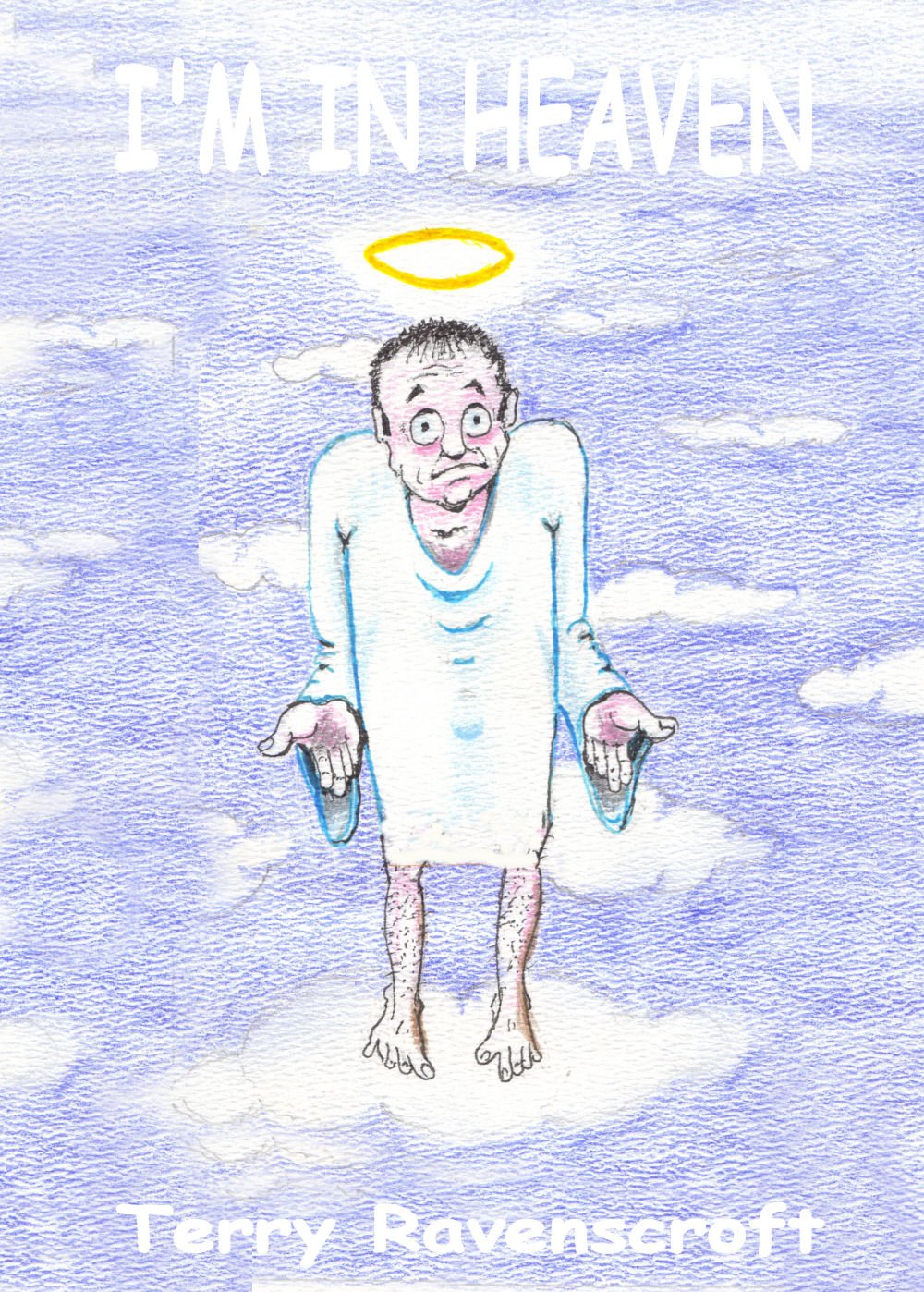 How is Writing In Your Genre Different from Others?
I write in several genres

Author Bio:
Terry Ravenscroft (1938- ) was born in New Mills, Derbyshire. He still lives there, with his wife Delma and his mistress Divine Bottom (in his dreams).
He has written television scripts for, among others, Les Dawson, The Two Ronnies, Morecambe and Wise, Alas Smith and Jones and Not the Nine-o-clock News. He wrote many episodes of the situation comedy Terry and June and the radio series Star Terk Two. He now writes humorous books.

What Inspired You to Write Your Book?
The need to earn a living