You are here: Home / Fiction / Romance / I Only Have Eyes For You (The Sullivans) by Bella Andre @bellaandre 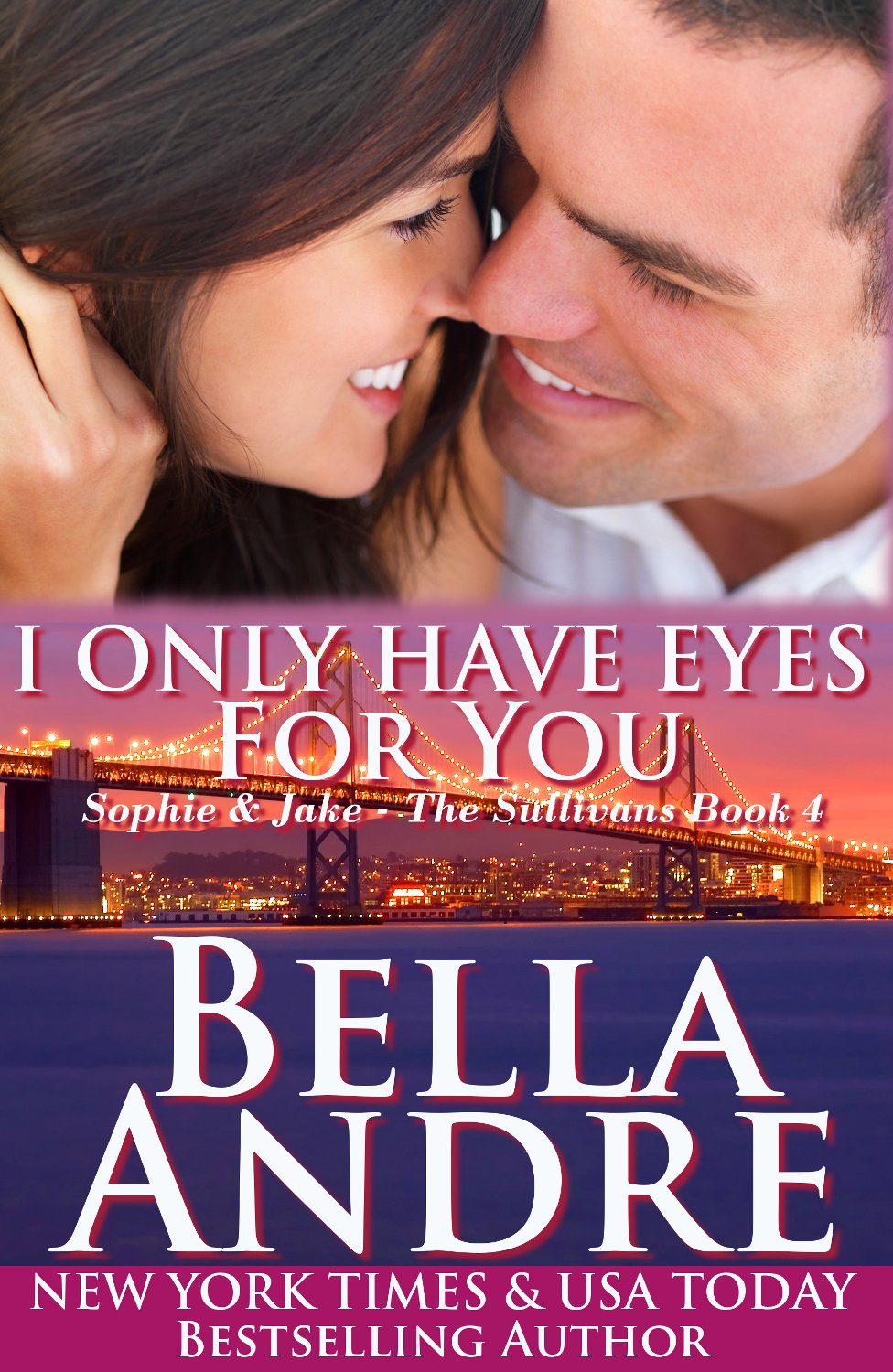 In I ONLY HAVE EYES FOR YOU (by New York Times bestselling author Bella Andre), Sophie Sullivan, a librarian in San Francisco, was five years old when she fell head over heels in love with Jake McCann. Twenty years later, she’s convinced the notorious bad boy still sees her as the “nice” Sullivan twin. That is, when he bothers to look at her at all. But when they both get caught up in the magic of the first Sullivan wedding, she knows it’s long past time to do whatever it takes to make him see her for who she truly is…the woman who will love him forever.

Jake has always been a magnet for women, especially since his Irish pubs made him extremely wealthy. But the only woman he really wants is the one he can never have. Not only is Sophie his best friend’s off-limits younger sister…he can’t risk letting her get close enough to discover his deeply hidden secret.

Only, when Sophie appears on his doorstep as Jake’s every fantasy come to life–smart, beautiful, and shockingly sexy–he doesn’t have a prayer of taking his eyes, or his hands, off her. And he can’t stop craving more of her sweet smiles and sinful kisses. Because even though Jake knows loving Sophie isn’t the right thing to do…how can he possibly resist?

What Inspired You to Write Your Book?
I Only Have Eyes for you is part of my NYT bestselling series about “The Sullivans”. I’ve absolutely loved writing about this family and am thrilled to have sold millions of books to people who have fallen in love with them too.

How Did You Come up With Your Characters?
I’ve always wanted to write about a librarian and it was so much fun to pair my heroine with a tattoo’d pub owning hero.

About the Author:
Bella Andre is the New York Times, USA Today and Publishers Weekly bestselling author of “The Sullivans” and “The Morrisons” series. Having sold more than 3.5 million books, Bella Andre’s novels have been #1 bestsellers around the world and have appeared on the New York Times and USA Today bestseller lists 18 times. She has been the #1 Ranked Author at Amazon (on a top 10 list that included Nora Roberts, JK Rowling, James Patterson and Steven King). Known for “sensual, empowered stories enveloped in heady romance” (Publishers Weekly), her books have been Cosmopolitan Magazine “Red Hot Reads” twice and have been translated into ten languages. Winner of the Award of Excellence, The Washington Post called her “One of the top digital writers in America” and she has been featured by NPR, USA Today, Forbes, The Wall Street Journal, and TIME Magazine.