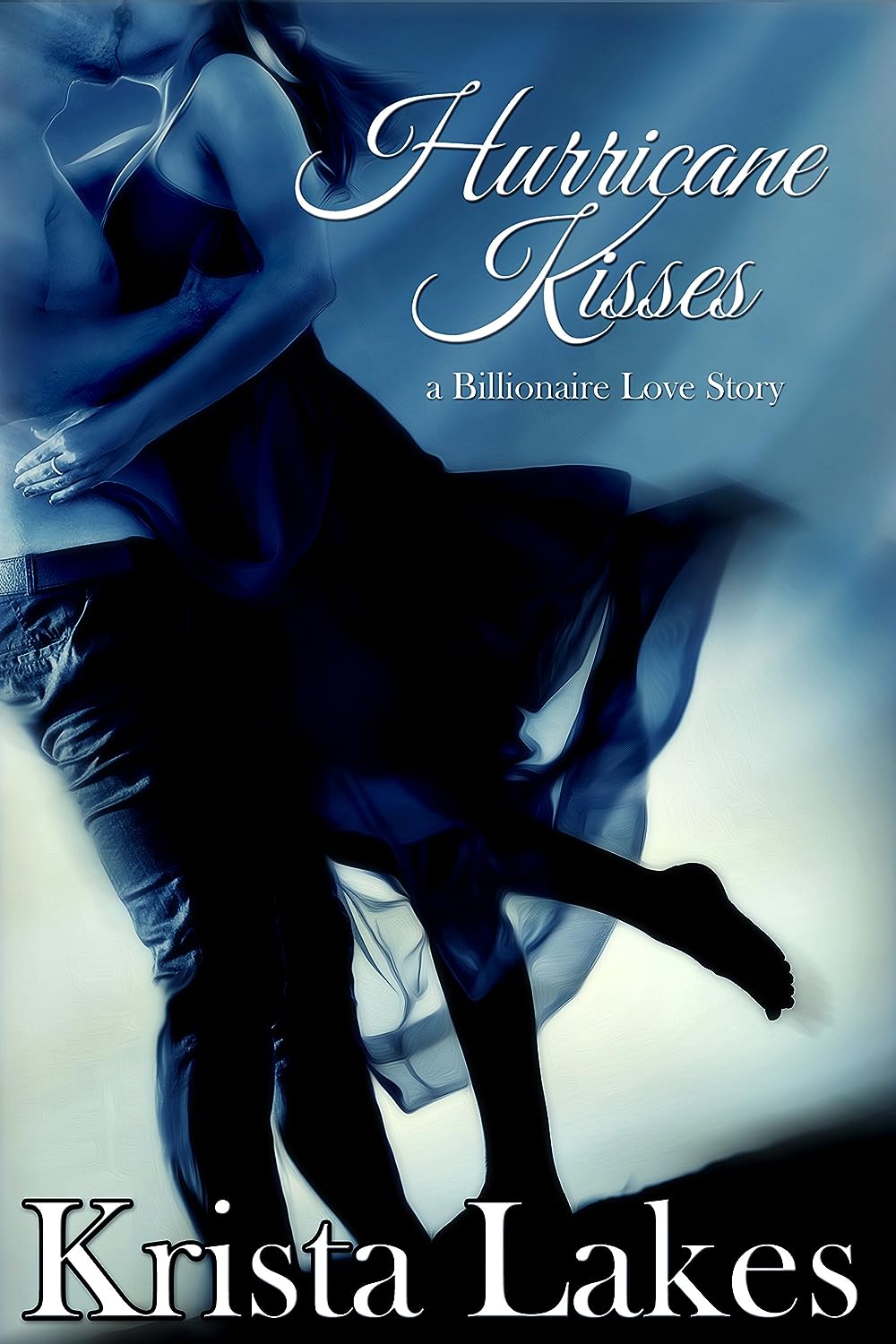 “””Love at first sight is something for fairy tales. It doesn’t last in real life.””

When a new resort offers her an all-expense-paid trip to woo new clients, she figures that a working vacation is just what she needs. As the youngest CEO in the travel business, she’s honored and flattered. However, she isn’t the only executive that the resort invited. When Olivia sees the broad shoulders and blonde hair of Logan Hayes, her heart races. Half of it is raw sexual attraction, half of it is anger at what he did to her.

Logan is determined to reignite their past spark, but Olivia does everything possible to avoid him. However, a hurricane strikes and traps them on the island, making it impossible to ignore the changed man in front of her. Only a storm as powerful as their passion will show them love or hate. Can romance survive the storm – or will their hurricane kisses be swept away forever?

“Everything you hate was done by my father. I don’t want your company.” His brown eyes were flames, and my soul was the moth. I couldn’t have escaped from his gaze if I had been blinded. He moved close enough that those eyes were all I could see. “I want you.”

I blinked twice. That was not what I was expecting. His words startled and excited me, but before my brain could analyze and process them, his hand was around the back of my neck and his lips were on mine.

His mouth was hot and insistent as he pressed it against mine. I fought for a moment, but his grip was too strong and his kiss too sweet. It was a kiss I had craved for two years and had tried to convince myself I could do without. I wanted to give in to him completely, but I was still too angry to budge even an inch. Instead, I just stood there like a statue as he kissed me. I was furious and turned on beyond anything I could imagine. After a moment, he pulled back and searched my face.

“What was that for?” I surprised myself with the amount of venom in my voice. His kiss had sent want scorching down into the very marrow of my bones, but I needed someone to be angry with, and he was the closest person. He had hurt me. His eyebrows came together above those beautiful eyes. Hope fell as he saw something in my expression that disappointed him.

Without thinking, I put my hand on the back of his neck and pressed my mouth into his. He didn’t hesitate, kissing me back with a need that matched my own. He pushed me up against the wall. Our tongues interlocked as we found the valve for the sexual tension that had been building between the two of us for the past two years. My body responded to his every touch with a fervor I couldn’t contain. Didn’t want to contain. I wanted it to consume us both…

About the Author:
“Krista Lakes is a newly turned 30 year old who recently rediscovered her passion for writing. She loves aquatic life and running marathons. She is living happily ever after with her Prince Charming and her bouncing baby boy.

In 2012, she released her first full length novel. That summer, she started the Kisses Series starting with Saltwater Kisses. She is a New York Times and USA Today best selling author!”