You are here: Home / Fiction / Romance / His Lost Mate by Kathy Kulig 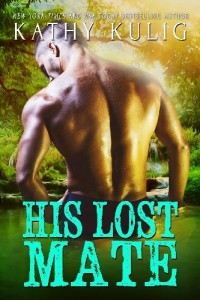 He lost her once hundreds of years ago… Now he must battle a new entity. Will he lose her again forever?
Archaeologist and psychic Lauren Halpern is determined to uncover an ancient mystery in a sultry and exotic jungle, but everything is getting in her way. Deven Chandler, the drop-dead gorgeous leader of their excavation is a serious distraction she does not need, and she’s desperately trying to guard her heart. But the heated passion between them is undeniable, and they simply cannot find a way to stop the inevitable. Lauren senses the supernatural connection between them holds a secret deeper than the hot sex they’re trying to resist. And Deven, the scientist that he is, simply won’t believe her esoteric beliefs or warnings.

Once they tumble into a sizzling affair the real trouble begins. From the ancient ruins, a ghost of an ancient shaman lures them deeper to into the jungle where lies the deadliest evil of all. When danger arrives, can Deven learn to trust her and risk everything to save her?

What Inspired You to Write Your Book?
Many of my books are inspired by my travels and His Lost Mate was one of them. While exploring the pyramids in Tikal in Guatemala many years ago, I tried to imagine what it would be like to live in the jungle back hundreds of years ago. A love story with supernatural threads from the past and connecting to the present resulted. Add in a ghost of an ancient shaman, two sexy archaeologists, some really bad antiquity thieves and you have a hot-jungle-paranormal-romantic-adventure.

How Did You Come up With Your Characters?
I wanted a heroine who discovers she has some psychic abilities and they conflict with her lover and lead archaeologist, the hero. He’s the strictly scientist-type, and doesn’t ‘get’ the esoteric world. The dangers that surround these two lovers are supernatural and all too real. They have to come to terms with that and fight the evil that threatens them both.

Buy His Lost Mate On Amazon