You are here: Home / Fiction / Romance / Her Master’s Touch by Patricia Watters 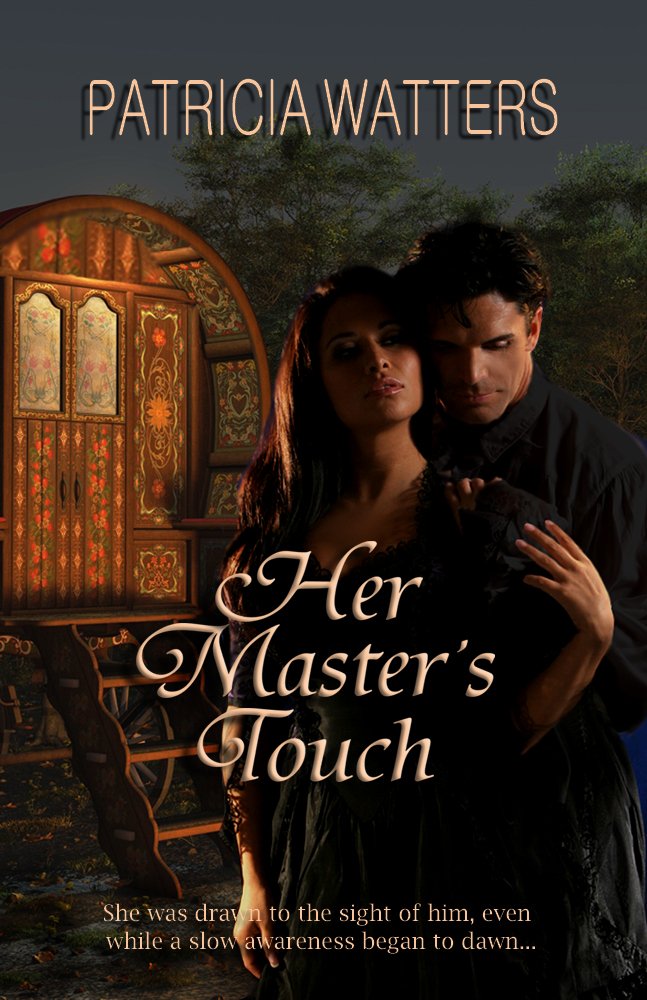 She’s the mystery debutante of the season, who arrived on the London scene as if from out of nowhere. But Lord Damon Ravencroft knows her dark secret. Two years before, when she was roaming with Gypsies and living by her wits in India, she stole from him a rare and valuable opal once belonging to the Empress Josephine. Damon intends to be compensated for its loss, which set him back years in his quest to prove his innocence in a crime he’s accused of committing. The sizable dowry that comes with Lady Elizabeth Sheffield’s hand in marriage is a start. It’s also his price to keep her secret from all of London.

What Inspired You to Write Your Book?
During my research for another book, I read about a black opal, the size of a hen’s egg, that stirred great interest in the French court when Napoleon Bonaparte, at the height of his power, presented it to Joséphine de Beauharnais, who wore the opal with great frequency. So intense were the brilliant red flames emanating from its fiery core that the magnificent opal was named the Burning of Troy. After Josephine’s death in 1814, however, the opal disappeared without a trace. 100 years later, it turned up in Vienna, Austria. It is still unknown where the opal spent those missing years so that was the basis of my story. The ironic thing is, after WWII the opal disappeared once again and has never been found.

How Did You Come up With Your Characters?
My hero had to be someone who could come into possession of the missing gem, so I made him a British lord, of questionable background, who was living in India, and who dealt in gemstones. I decided to make my heroine half-British and half-indian, and give her a reason to steal the opal from the hero, return to England, and leave her questionable past behind..

About the Author:
Born and raised in New Orleans, Louisiana, Patricia Watters gave up city life and now writes from a hand-built log house nestled in the evergreen forests of Oregon. An author with Harlequin and Avon-Harper Collins in the past, and a long-time member of Romance Writers of America, Patricia specializes in romance, and she invites you to visit her website and drop her a line at: patriciawatters.com