You are here: Home / Fiction / Romance / Guarding Her Heart, Book One of hte Crystal Creek Series by Laura Haley-McNeil 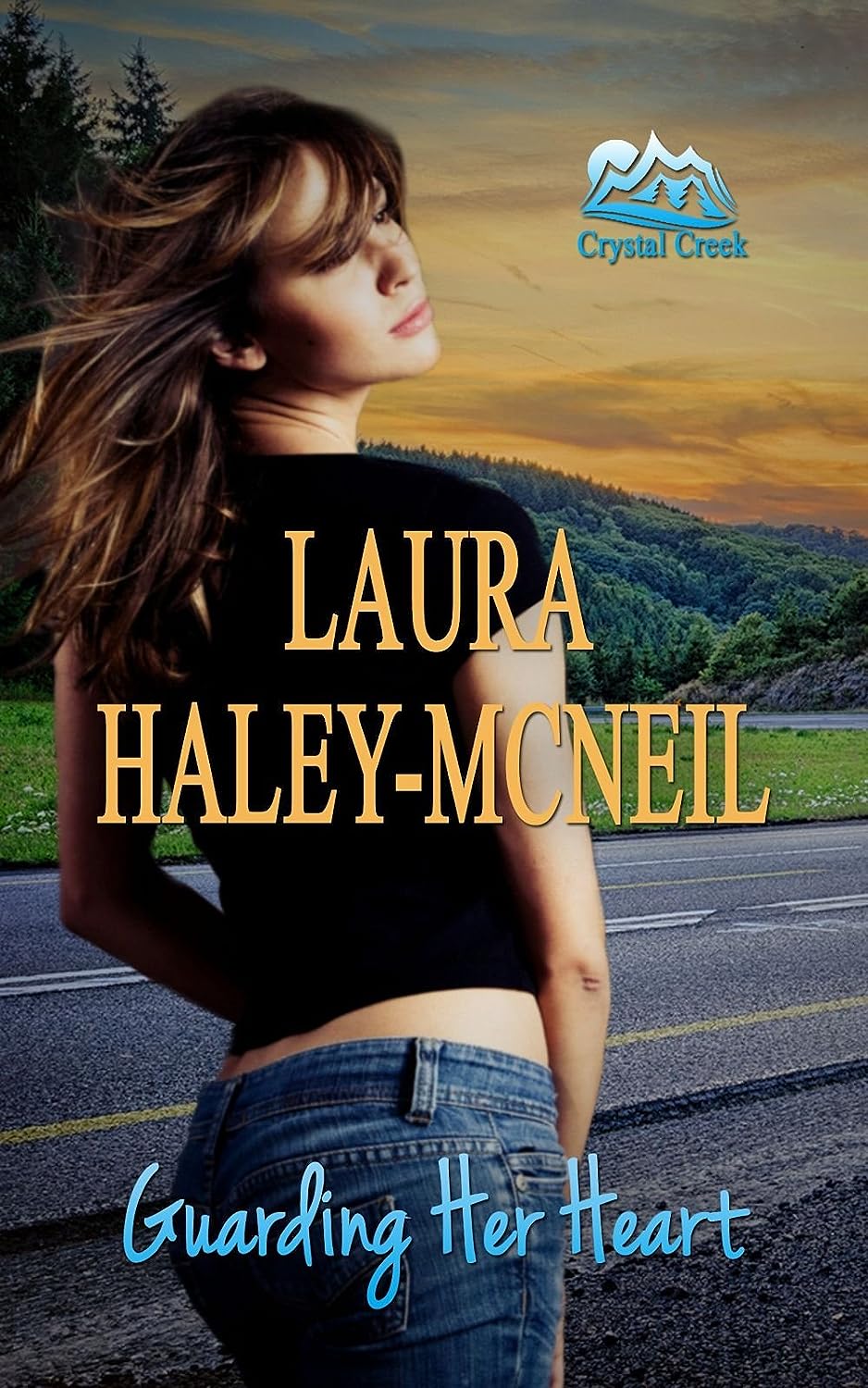 Artist Victoria Whitlock escapes the clutches of a stalker only to stumble into the arms of the man she never wants to see again, bad boy prosecutor Garrett Reynolds. To protect Victoria, Garrett whisks her away to an isolated lodge. Major problem for Victoria—how does she help Garrett capture the stalker while guarding her heart against the man who broke it once before.

Garret thought his heart had healed when Victoria left him ten years ago. Garrett’s bigger problem—capture the stalker determined to imprison Victoria. Keeping Victoria safe is no easy task for Garrett, but getting her to trust him is an entirely different challenge. He puts his life on the line to guard the woman who is more deserving of love than woman he’s known.

But love takes a back seat to the Whitloch-Reynolds feud. At the center is the Crystal Creek Ranch. The Whitlochs own the ranch. The Reynolds are the rightful heirs.

What Inspired You to Write Your Book?
I love the country, and I love the mountains. I also love suspense. I’d been trying to find a story that would mix these three elements. One day, a character named Max Whitloch introduced himself to me. Max has been married several times and has children ranging in ages from 17 years of age to 47 years of age. Guarding Her Heart begins with Max’s disappearance. All Max’s children convene at the Crystal Creek Ranch, the home of Max’s fourth wife, to await word of Max’s whereabouts. This first book is Victoria’s and Garrett’s story. Each child will have his or her own story.

How Did You Come up With Your Characters?
Garrett and Victoria have lived with me for many years. I just couldn’t find the right story for them. Garrett’s always been a lawyer. Victoria was originally a real estate tycoon, but now she’s an artist. I like her free spirit and her determination. I also liked that she and Garrett were very different. It made for some interesting scene writing.

Book Sample
Something changed in Garrett’s eyes. The heat was there, but so was a wavering.
“If this sounds like I’m proposing marriage, I’m sorry,” he said. “I’m not talking marriage. I’m saying I want to spend time with you.”

Victoria stepped back, breaking the embrace. His words were like a slap stinging her heart. Of course, he would want something casual. Kendra had told her that. Kendra knew everything there was to know about Garrett. Kendra had made it clear that he never stayed with women. There was never anything permanent between him and any other woman he’d been with. There would never be anything permanent between Victoria and Garrett.

“A casual relationship is not what I want.” Victoria stepped around him.

“I’m not saying marriage isn’t in the future.”

His words stopped her. She wished she could continue to walk out the door.

“Vic, you know the relationship is a risk. “

She whirled around, her hair flying in a perfect circle about her head. “I don’t take risks where my heart is concerned.”

About the Author:
Laura Haley-McNeil has studied piano, violin, organ and ballet. She has served on the boards of two community orchestras. She currently lives in Colorado with her husband.

Links to Purchase eBooks
Link To Buy Guarding Her Heart, Book One of hte Crystal Creek Series On Amazon