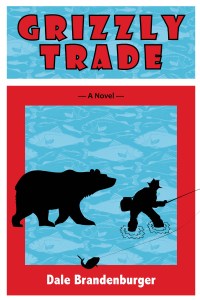 A taciturn Vietnam vet named Red just wants to be left alone in his Alaskan retreat, but when he starts to find dead bears in the forest with their paws hacked off, he is forced to wage war once more, and this time he intends to win. Tim Branson is a gregarious small-town reporter, looking for a news story that sizzles. Despite their differences, Red and Branson are forced to become allies when a methamphetamine addict and an unemployed lumberjack start selling bear gallbladders and paws on the Asian aphrodisiac market.
While trying to track down the poachers, Red and Branson discover toxic chemicals dumped on the pristine salmon fishing grounds. Accusations fly and the entire town takes sides. Tim’s job and Red’s sanity are at stake as they try to find the connection between the bear killings and the environmental disaster. As they follow the money trail, the unlikely duo must deal with an array of eccentric characters, including a lethal ornithologist who enjoys arson as much as he enjoys bird watching, an aphrodisiac-gobbling cruise ship captain with a woman in every port, and an egotistic state trooper who couldn’t pour warm piss out of a boot if the directions were written on the heel.

What Inspired You to Write Your Book?
Many of the incidents in my most recent book are based on real events that have happened over the years, such as the bear poaching incidents and the chemical dumping on pristine salmon fishing areas. Many of the characters are based on real people or composites of two or three people. I worked for the Alaska Dept. Of Fish and Game for thirty years and have encountered an array of colorful characters and incidents. I am constantly jotting down ideas and stories in my journal and I mine this resource for material for my novels.

How Did You Come up With Your Characters?
The two main characters, Red and Branson, are based on actual people, although I gave them foibles that they may not actually have. No one wants to read about flawless heroes anymore. Characters need faults to make them human and to make them interesting, especially if the narrative is going to be plot driven. Many of my characters are based on real people or composites of real people. That makes my job as I writer easier because I have a clear picture of their physical characteristics, as well as what motivates them, and I can bring them to life on the page.

Tim Branson’s balls felt like a midget boxer had been using them for a twelve-round speed-bag workout. Leaning back in his office chair, he uncorked the whiskey bottle and put his feet up on the desk to ease the pain. He stared at the gritty coffee cup on his desk, a cigarette butt floating in an inch of cold coffee, and contemplated the long walk to the sink, ten feet away. He slid the cup back and drank straight from the bottle.
A vasectomy is a relatively painless operation. Obviously a woman had started that rumor. He picked up the phone, took another long swig from the bottle, and dialed. He knew the number by heart. It was the third time he’d tried to get through to her that evening. He let it ring for a while not expecting an answer. He was about to hang up when he heard Christine’s distant groggy voice.
“Hello?”
“I got a vasectomy.”
“Who is this?”
“This is Tim. It’s official. Mr. Chuckles is now shooting blanks.”
“Congratulations, I guess.” Then he heard muffled conversation. “It’s Tim… No, Tim from Alaska.”
She spoke into the phone. “Tim, do you know what time it is?”
Tim glanced at his watch. “Eight fifteen.”
“In Alaska it’s eight fifteen. It’s midnight here in Florida.”
“That’s funny. I figured it’d be twelve fifteen down there.”
“Ha ha,” she said, not really laughing. “Always quick with the jokes. Why’d you get a vasectomy? Is there a new romance in your life?”
Tim took two huge gulps from the bottle. The filter between his brain and his mouth momentarily shut off and he blurted, “I got the operation because I know you don’t want to have kids. Please come back to me Christine.” Tim closed his eyes and gritted his teeth.
A long uncomfortable silence settled in. Finally she said, “Timmy, that is so sad. You know I have a boyfriend now.”
Tim pushed away from his desk and grimaced in pain as he dropped his feet to the floor. “Are you still going out with that jug-head skydiving instructor?”
“Have you been drinking?”
“Actually I just started drinking.” He took a mouth full of whiskey and gargled so she could hear it. “Medicinal purposes. My nuts are killing me.”
“Timmy, you have to get your act together. One day you’ll find the right person and your life will be like mine, full of laughter and sunshine.”
“Laughter and sunshine?” He kicked the desk and felt the shock rebound into his groin. “Why don’t you shove that phone where the sun don’t shine.”
More muffled conversation ensued and then a masculine voice came on the line. “Hey, pal, don’t call here anymore. Christine’s with me now.”
“Is that you, Biff? Still jumping out of perfectly good airplanes?”
“If you were here I’d kick your ass. My name is Todd, not Biff.”
“Same difference. There are only two things that fall out of the sky, Biff. Bird shit and assholes.” Tim slammed down the phone and held his head in his hands.
That went well. Women dig guys who are desperate, rude, and hysterical. She’s sure to come back now.
Tim took a sip of whiskey and wondered why he had gotten the operation. He knew all along that getting Christine back was a long shot. Was it because he harbored vague apprehensions about bringing a child into this depressing chaotic world? Hell, he could barely take care of himself.
Tim eased his feet back up onto the desk and watched rivulets of rain worm down the windowpane. The drizzle had started half an hour ago. No telling when it would cease. Sometimes the rain fell on Southeast Alaska for the proverbial forty days and forty nights but a flood did not engulf the earth. The temperate rainforest lapped it up like a thirsty dog until the land was bloated with flora. Berry bushes, skunk cabbage, devil’s club, ferns and fungi choked every inch of shallow soil until it seemed that the forest would engulf the tiny town of Alkoot.
He pulled a dog-eared copy of Jimmy Breslin”s The Short Sweet Dream Of Eduardo Gutierrez from the whiskey drawer, opened it to a random page, and began to read. The language was sublime. Jimmy Breslin and Tim Branson were both journalists but the comparison ended there. Breslin worked in the Big Apple, center of the universe. Branson worked in a small fishing village, so close to the edge of the world that he sometimes wondered what kept it from slipping off. Breslin wrote about the big life-and-death issues and championed the common man. Branson wrote about town-hall meetings and high school basketball games. Breslin stood up to the mafia and city hall. Branson bent to the will of Sylvia, his domineering boss.
Tim tossed the book back into the desk and dug out a stack of crinkled yellow sheets of paper, his unfinished novel. He hadn’t worked on it since Christine left two years ago. Speed-reading sections of the manuscript, he realized it needed more than just an ending. The novel was unfocused and, like his life, not much happened in it. He dropped it into the desk drawer and drank more whiskey.
How has my life come to this?
He leaned back in his office chair. The whiskey was working. The agonizing ache of his testicles had throttled down to an unpleasant throb. He’d barely slept since he had the operation, two days before. His chin fell onto his chest and he began to snore.

An apparition hovered in the doorway, then solidified into a stocky man with salt-and-pepper sideburns wearing a gray pinstripe suit.
“Mr. Breslin?”
Breslin sidled into the office. “You can call me Jimmy.”
“Okay, but please don’t call me Timmy. Christine is the only one who ever calls me that and I hate it.”
Jimmy Breslin nodded. “Branson, you’re pitiful. You got to grow some balls.”
“Actually my balls feel pretty big right now, Jimmy.”
Breslin chuckled. “You know what I mean. Quit sitting around feeling sorry for yourself. If you want to be a hardboiled writer, you have to toughen up.”
Tim pulled a pack of cigarettes from his shirt pocket, shook one from the pack, and clenched it between his teeth. “Easy for you to say. You live in the Big Apple, city of a million stories. I know I’m in a slump but nothing ever happens in this one-horse-town worth writing about.”
Breslin reached in his pocket, pulled out a gold lighter, leaned forward and lit Tim’s cigarette. “Everybody has a story, Branson. They’re like gems. You got to dig ‘em up, brush ‘em off, and hold them up to the light. What about that gruff fisheries biologist or that crazy gal with the two llamas that pulls around the tourist taxi? I bet they have tons of great stories.”
“I don’t want to write about fish and llamas, ferchristsake. I want to write about government corruption and union disputes, like you do, Jimmy.”
“Maybe those boys down at the cannery have some labor grievances. You got to dig for those stories, kid. Just follow your instincts and you’ll be alright.” Jimmy Breslin started for the door.
“I just wish something big would happen in this sleepy town. Something catastrophic.”
Breslin started to fade into a gray ghost. “Be careful what you wish for, kid. You just might get it.”

The chair tipped back and hit the wall. Tim awoke with a stiff neck and a tongue like dusty velour. What a weird dream. He stood, stretched and watched the rain pelt the asphalt below his window. He could tell it was morning because the sky had turned a lighter shade of gray. Down on the bay, Tim saw a single shaft of light streaming though the clouds and reflecting off the water, what the locals called a sucker hole.

About the Author:
Dale Brandenburger moved to Alaska in 1982, hoping to have some adventures he could write about. He started working for the Alaska Dept. of Fish and Game in 1984 and, 30 years later, now has enough material to fill ten volumes. A fisheries biologist by day and novelist by night, Brandenburger draws on actual incidents and people he has experienced over the years and composes fast-paced stories with well–developed characters, brimming with humor, as well as pathos.
He resides in Juneau, Alaska, with his wife, Lu, and his two dogs, Sparky and Pepper.