You are here: Home / Bargains and Freebies / Bargain Books Under $3 / Goddess Tithe by Anne Elisabeth Stengl

An illustrated novella set in the award-winning TALES OF GOLDSTONE WOOD!

The Vengeful Goddess
Demands Her Tithe

When a stowaway is discovered aboard the merchant ship Kulap Kanya, Munny, a cabin boy on his first voyage, knows what must be done. All stowaways are sacrificed to Risafeth, the evil goddess of the sea. Such is her right, and the Kulap Kanya’s only hope to return safely home.

Yet, to the horror of his crew, Captain Sunan vows to protect the stowaway, a foreigner in clown’s garb. A curse falls upon the ship and all who sail with her, for Risafeth will stop at nothing to claim her tithe.

Will Munny find the courage to trust his captain and to protect the strange clown who has become his friend?

“Fans of Tolkien and the darker tales of Faerie will be drawn into Stengl’s effusive prose and wonderfully scary worlds.” USA Today

Targeted Age Group: 12 and up 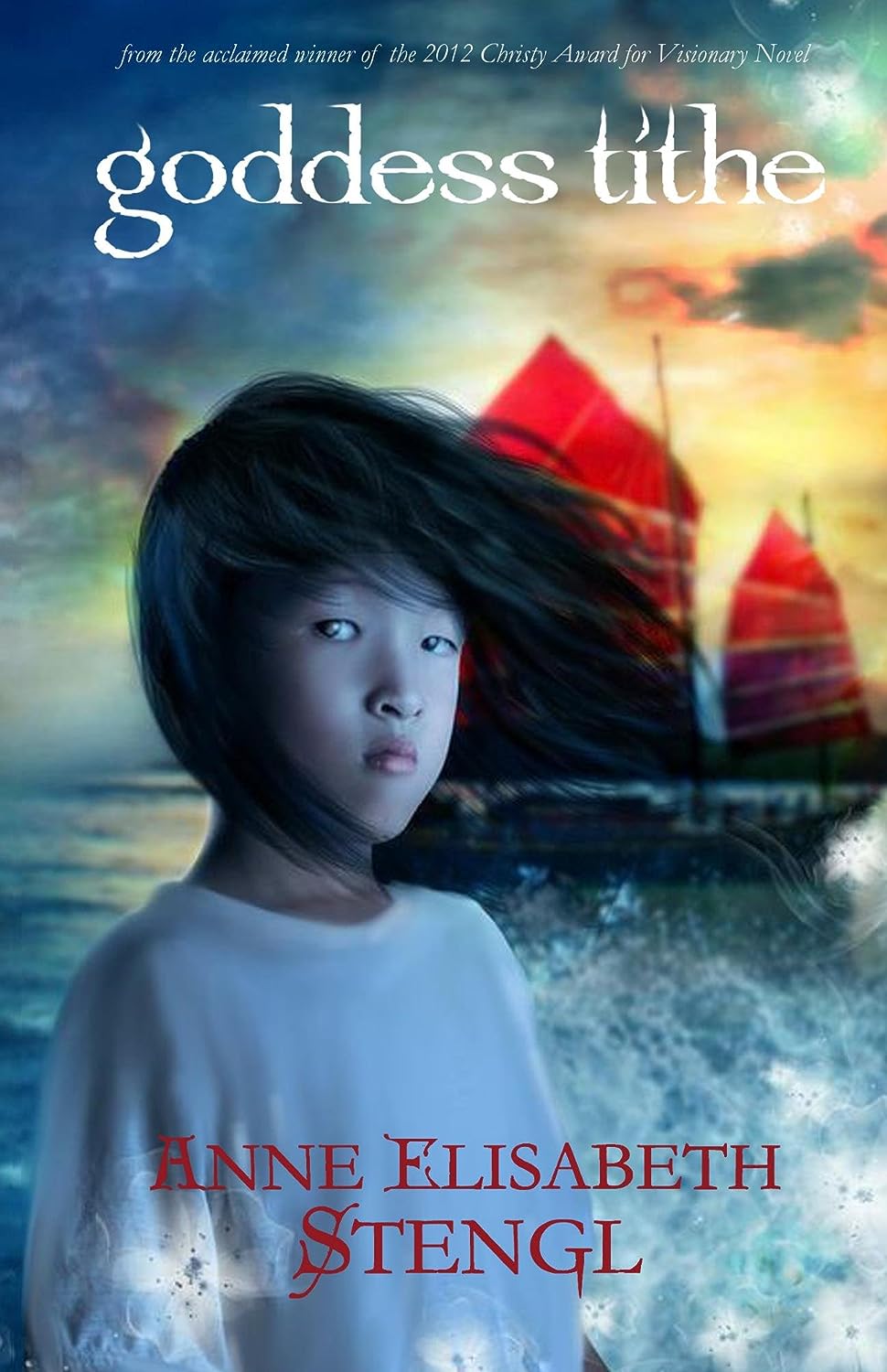 Author Bio:
Anne Elisabeth Stengl makes her home in Raleigh, North Carolina, where she lives with her husband, Rohan, a passel of cats, and one long-suffering dog. When she’s not writing, she enjoys Shakespeare, opera, and tea, and studies piano, painting, and pastry baking. She studied illustration at Grace College and English literature at Campbell University. She is the author of the award-winning Tales of Goldstone Woods series, an ever-growing world of knights and dragons, mystical forests and hidden demesnes, unspeakable evil and boundless grace.
Her first novel, Heartless, won the Christy award for best debut in 2011, followed by an unprecedented consecutive win the next year for Veiled Rose, in its own category, and Starflower was most recently honored with the Clive Staples Award for 2013.