You are here: Home / Bargains and Freebies / Bargain Books Under $3 / From Heaven to Earth by Sherrod M Wall

Ages ago, Lucifer gave into love despite God’s warnings and procreated with his consort, Annarae: the makings of the first celestial family. God banished pregnant Annarae and the rest of the female angel population to the depths of Hell. There they remain: playthings for the infernal.

Lucifer responded with revolution and found himself cast out as well. Heaven was preserved but not without consequence. God is dying, and Earth is left bereft of His will.

On our god-forsaken world, there is a city in New Mexico: Nuevas Cruces. Known as the enchantment capital of the world, Nuevas Cruces is a city humans share with demons, angels and generations of their half-breeds.

It is there God sends his only hope for survival: a seraph, the guardian of His Sanctuary in Heaven: Drean. Drean is a fearsome warrior but innocent in countenance and naïve of mankind’s ways: weaknesses easily exploited by the demons and angels that hunt him in pursuit of nothing less than God’s throne.

A novel of epic passion: From Heaven to Earth explores how desire drives angels and demons, how it changes them and how it defines them in a world bereft of God.

War will be fought. Innocence will be shed. Angel’s wings will be severed to claim God’s empty throne. Whether secured or destroyed, one thing is for sure: Heaven will never be heaven again.

Whether it is passion for romance, violence, duty, dance or just feeling alive; the characters in this angel paranormal romance would rather die than be denied their desires. Will any of them humble themselves and save their world? Or will a tyrant assume God’s role, dooming Heaven and making a hell of Earth 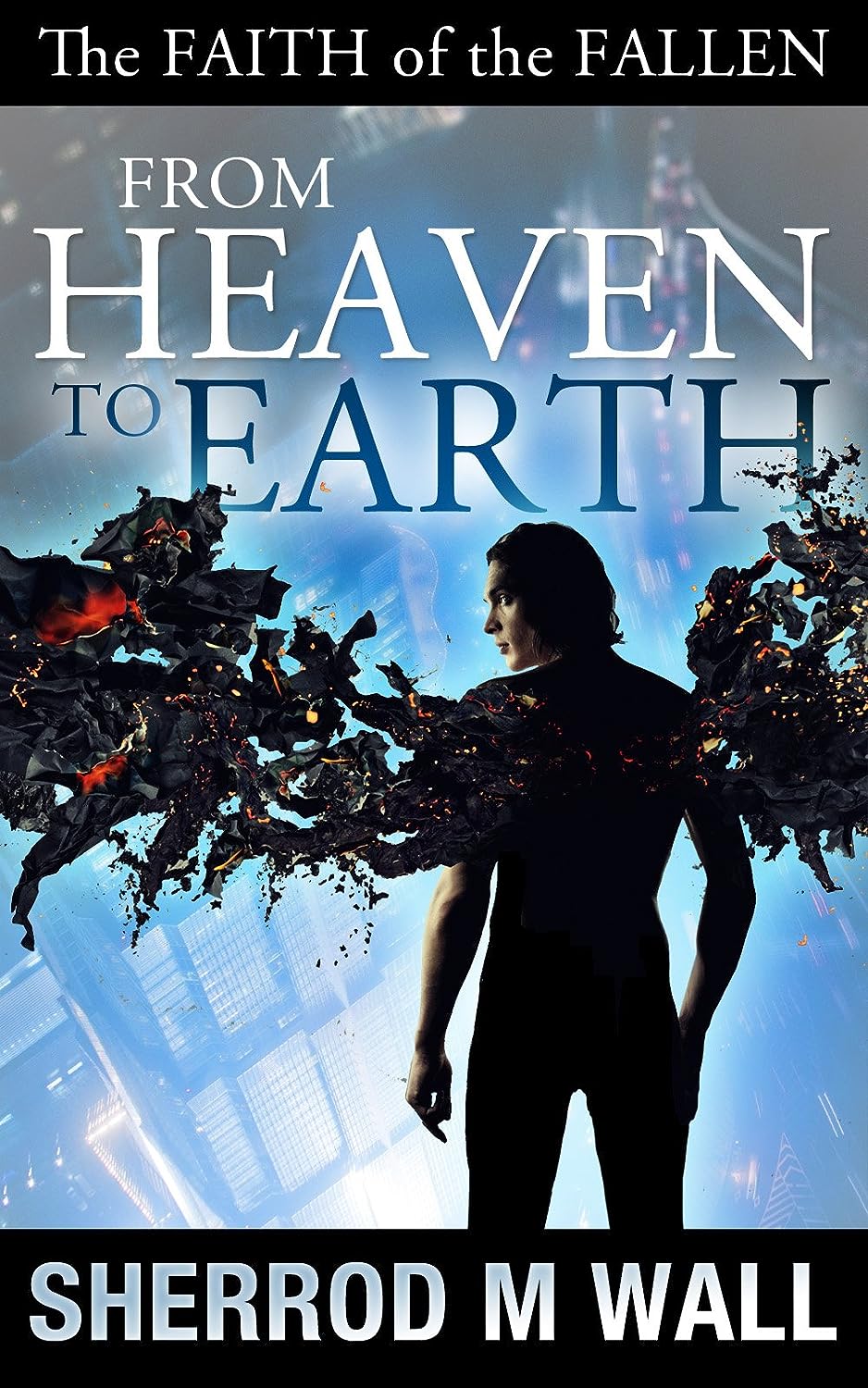 How is Writing In Your Genre Different from Others?
When you add the “angel” to Paranormal Romance it expands the universe infinitely. The possibilities are endless in terms of conflict and the scope of the narrative. It also makes it extremely hard to write. When you’re dealing with supernatural creatures how do you make them seem mortal and believable? How do you make them vulnerable enough to be relatable? Fortunately I solved those problems in, From Heaven to Earth.

What Advice Would You Give Aspiring Writers?
Never give up. Not on yourself. Not on your drafts. Never scrap an idea. From Heaven to Earth took ten years to become what it is today, and every hour was worth it. You have to open yourself up to accept negative criticism and pay attention to what they are saying, not how they say it. Use the negativity as a laser focus to see what you need to change, then change it without betraying yourself and your style.

Author Bio:
Sherrod Wall is from Houston, Texas but currently resides in Edmond, Oklahoma with his wife Brooke and his four children: Karoline, Colin, Alex, and David. He received a B.A. In creative studies from the University of Central Oklahoma in Edmond in 2007. He specializes in fiction, specifically the fantasy, sci-fi and supernatural genres. He draws from historical sources and mythology to produce familiar, yet unique settings and characters.

This harmony is readily seen in his novel ” From Heaven To Earth”, the introductory novel of the Faith in the fallen series. Where mythology and religious ideology of the east and west are married, generating an innovative perspective of the human condition. This physical aspect is coupled with character driven narrative, vivid description and fluid action.

Sherrod is currently editing “From Earth to Hell”, the sequel to “From Heaven to Earth” and creating exciting new writing projects, all of which will be released on upon completion.

What Inspired You to Write Your Book?
My second semester as a freshman at UCO I enrolled in Jeri Cook’s novel writing course. He was the first person to tell me: “Write what you know.” He stressed the importance of emotional transference: from author to paper to audience. With those two lessons on my mind I tried to think about what, if anything, I could write about that could produce a novel. The sheer length of the project daunted me. For weeks I listened to other people read their installments and thought about how awesome their first pages turned out and how I still had no clue what to write about. But, around 3am, the night before my first installment was due, Jeri’s words and “what I knew” conceived my main character: an imprisoned, nameless angel.

Four years of high school theology married with my love of fantasy, mythologies, epics and anime synthesized the rest.