You are here: Home / Bargains and Freebies / Bargain Books Under $3 / For Odin for Thor for Asgard by David K Scholes

A collection of short stories of Allfather Odin, his blood son the mighty Thor and their magnificent home of Asgard.

The tales, often in very cosmic settings, see the Asgardian gods in a constant struggle for existence against other great powers of the Multiverse both mystic and cosmic. 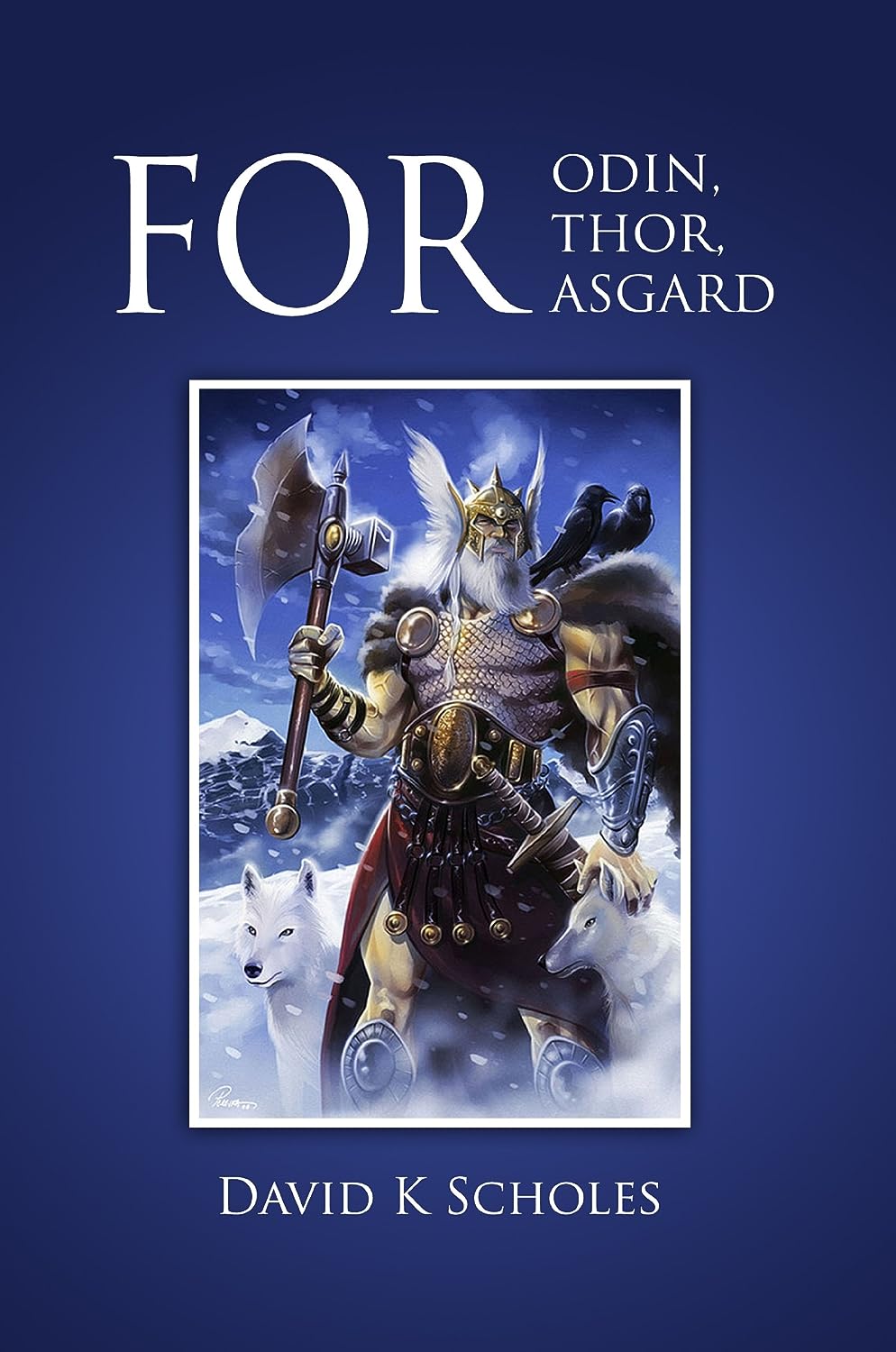 How is Writing In Your Genre Different from Others?
I’ve written them more in sci-fi cosmic type settings rather than in more earth bound adventures. I think ultimately this gives more scope for the imagination to run riot.

What Advice Would You Give Aspiring Writers?
Be prepared to work hard and stick to your guns. Try not to become too discouraged during the more difficult times yet recognise when you are jaded and be prepared to take a break. Perhaps don’t be obsessed with word counts and the need to write so much per day. Jot down any new ideas you have as you get them. Be prepared to put a lot of effort (and maybe some expense) into marketing your book(s) particularly if you are self published. If possible try to get a good publisher behind you but if not don’t wait forever because so many opportunities are open to self publishers these days. Take constructive criticism on board – try not to let destructive criticism bother you. Let it be water off a duck’s back or better still let it motivate you to greater efforts.

What Inspired You to Write Your Book?
I have always been interested in Norse mythology and in times past was an avid reader of Thor comics and enjoyed the more recent Thor movies. The very nature of the Asgardian gods Thor and Odin make them just about my favourite characters.

Website(s)
Link To Buy For Odin for Thor for Asgard