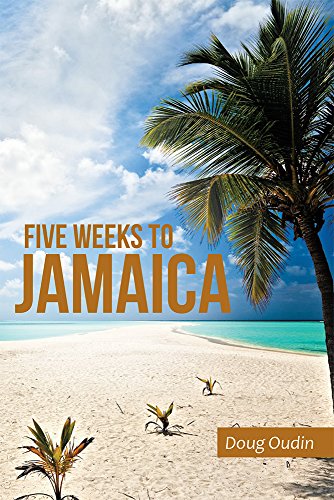 When four friends discovered a ‘luxury’ five-week cruise to Jamaica for a mere five hundred dollars, they considered the offer too good to pass up. On first sight of the ‘luxury yacht’, their expectations diminished to the point where they questioned the logic of continuing the voyage.

Larry, always the optimist, persuaded Kurt, Madison, and Marcos to stick it out. Their adventure turned into much more than they could have imagined, and ultimately changed their lives forever.

Joining a group of thirty eclectic souls aboard the 147 ft. motor vessel Explorer, the friends departed Ensenada Mexico, bound for Jamaica. From the beginning, it soon became obvious that the cruise would not be luxurious, and in fact, it was doubtful that it could even succeed. As they became acquainted with their shipmates, and began the journey down the coast of Mexico and Central America, through the Panama Canal, and on to Jamaica, friendships emerged, as did romances.

It also became obvious to all that the five-week time frame could not be realized, and several passengers departed at various ports along the way. Those who remained aboard began to discover a multitude of unique and interesting pastimes to immerse themselves in, and several of those pastimes led them to situations and adventures that can only be described as bizarre, if not downright incredible.

When their cruising odyssey finally reached Jamaica, another twist to the adventure arose, and they joined a salty Englishman aboard a 47’ sailboat bound for Florida.
What happened on that leg of the journey brought danger, fear, and personal drama that would ultimately affect them all.

What Inspired You to Write Your Book?
During my rather extensive sea-going travels, I have seen and experienced some truly amazing things on the ocean and during those adventures. Knowing that many people can only dream of tossing caution to the wind, and taking off on a seafaring journey, I decided to write a story based very loosely upon some of my experiences, combined with stories I have heard from others, and with an abundance of imagination, or literary license.

How Did You Come up With Your Characters?
In creating my characters, I drew not only from my own personal experiences, but also from observing others, and day-dreaming of the type of person that might best fit the story lines.
Often, my characters are a blend of individuals that I have known through life, but I also interject aspects of personal traits and quirks that seem appropriate for the direction the story is taking at the moment.