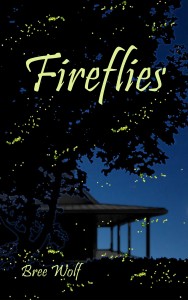 In the buzzing city of New York, 12-year-old Gabriel Scott retreats from his parents’ constant arguing into a virtual world of adventure and companionship. Unfortunately, as summer comes along, his parents ship him off to Kenton Woods to stay with grandparents he hasn’t seen in years. Trapped in a world of small town life, Gabriel suddenly finds himself cut off from the only friends he ever had when he discovers that his grandparents don’t even own a computer.

After sulking in the house for a few days, his grandfather drags him outside and Gabriel takes his first steps into the real world. Gathering all his courage, he talks to Liam, their neighbors’ son, who hands him a small sheet of paper and asks for his help. From that day on, Gabriel follows Liam and his friends on a treasure hunt across town. With the entire school on their heels, they rush to solve riddle after riddle, slowly closing in on that which no one has ever found before. Along the way, Gabriel meets the head-butting twins Jack and Jordan, their dog Cat, the insane story-teller Eddie and Hannah, a young girl locked up in her room.

Hand in hand, they work to help Hannah escape and take her along on their adventure. Having spent her entire life cut off from the rest of the world, Gabriel finds a kindred spirit in the red-haired girl with the glowing eyes. But one day, a secret Hannah has been carefully hiding from the group rears its ugly head and threatens to shatter Gabriel’s new life and the place he thought he’d finally found in the world.

What Inspired You to Write Your Book?
The idea to Fireflies was born out of a sad realization how alone children can be in this world. Even if they have parents, a family, to love and protect them, these days people are so busy doing all kinds of things, that children are often forgotten in every day life. They are neglected and feel alone in their fears and worries, especially at an age when the world suddenly changes and everything is seen in a new light.

How Did You Come up With Your Characters?
To tell you the truth, my characters usually find me, not the other way around. Suddenly they pop up and find their place in my story…or should I say their story. At first I only get a slim glance at them, but the deeper I go into the story the more they reveal about themselves until they completely take over. Sometimes I can actually feel them take control and my fingers move across the keyboard as though of their own free will.
Maybe I’m possessed! But if that’s the case, it’s definitely not an evil spirit!

Bang!
Gabriel slammed the door shut, muffling his parents’ angry voices. They were downstairs in the kitchen, arguing about…something. A whole floor lay between them and yet Gabriel could still hear their ranting. The sound of glass breaking, splintering into a million pieces on the hardwood floor in the hall, flew up the stairs, crawled under the door to his room and found his ears.
His fingers curled up until Gabriel felt the nails dig into his palms.
Again there was the shattering of glass, and then his mother’s raised voice, screaming words Gabriel couldn’t make out.
For that he was grateful.
Loud footsteps, almost like a stampede, thundered up the stairs. His father’s voice, low but menacing, cut through the air. “I’m tired of this! Shut—”
Uncurling his fists, Gabriel covered his ears. His fingers, working to shut out every sound, almost felt like spikes digging into his brain.
Then there was silence.
Gabriel took a deep breath, leaned back against the wall and closed his eyes. As his hands started to shake, he sank down, resting his head on his knees, his fingers still drilling into his mind.

As he pressed the button, his computer buzzed to life.
Gabriel felt his muscles relax and the dull throbbing in his temples subside. The real world disappeared from his radar, all attention focused on the screen in front of him.
Never did it take more than a few moments for him to leave Gabriel behind and become Andril.
He didn’t like Gabriel. Gabriel lived in a big city, full of people, and yet he was alone. Sometimes even his parents forgot that he existed. School was no different. No one saw him there, either. He had barely spoken a word to his classmates since the beginning of sixth grade. Almost a year had passed since then, and nothing had changed. By now, Gabriel knew it never would.
But Andril was different. He lived in a place called Candor. Here, there were no skyscrapers but clear blue skies and oceans of grass as far as the eye could see. It took days of hard riding to get from one village to another, with dangers unknown lying in wait on the road. But Andril didn’t mind. Unlike Gabriel, Andril wasn’t alone. He had companions.
“Which way?” Gavin asked, looking up at the sky. “It will be night soon. And I don’t want to be caught on the road in the dark.”
Andril pointed to the west, where the sun hung low in the sky. “There is a village just past that hill. I heard people are friendly there.”
Directing their horses westward, the four riders took off. Andril smiled. He could almost feel the wind on his face as they flew across the plain.
The village was only a small cluster of houses set against the steep slope of a grassy hill. Small puffs of smoke rose from their chimneys into the darkening sky and were carried away on the eastern breeze blowing in from the sea. The golden glow of candlelight shone through the windows, beckoning them forward.
As the riders approached, a door opened and an old man appeared in its frame. He waved and Andril directed his horse toward him, the others following suit. Stifling a yawn, they slid out of the saddle, tying their horses to a pole in the yard.
The old man, wrapped in a thick, grey cloak, hobbled toward them, leaning heavily on a gnarled cane. “Are you Andril? The guide?”
Andril nodded. “You have heard of me?”
“I sure have. It is fortunate that you come here this night. I have need of your assistance.” The old man swayed on his feet, his hands trembling.
Andril took him by the arm to steady him and directed the old man back toward the house. “Let me help you inside. In exchange for shelter this night, my companions and I will be more than glad to assist you.”
The old man chuckled. “Do not be too quick to agree. You have not yet heard what I would ask of you.”
Shutting out the night, they all gathered around the fireplace, noisily slurping the old man’s stew. The wooden cottage was of small size, containing the heat from the fire in a confined space. Soon, all their cheeks glowed red; if from the fire or stew, Andril couldn’t tell.
When they were all settled comfortably, he turned to the old man. “May I ask your name?”
“Darkin,” the old man said, and not only Andril’s eyes grew wide.
“The sorcerer?” Laran asked, his blonde hair shining almost red in the light from the fire.
The old man nodded. “That was a long time ago.”
Andril leaned forward, eyes glowing with excitement. “What can we do for you?”
Suddenly there came a knock on the door.
Gabriel blinked.
The door opened and his mother poked her head in. “Dinner’s ready. You coming?”

Lost in a life so different from his own, Gabriel never saw the sun outside his window disappear behind the horizon, dipping the sky into an ink pot.
Eventually, his eyelids became heavy. Short after, his head started sagging, and before long he was fast asleep, head resting on the keyboard.